Lie Beside Me by Gytha Lodge- Feature and Review 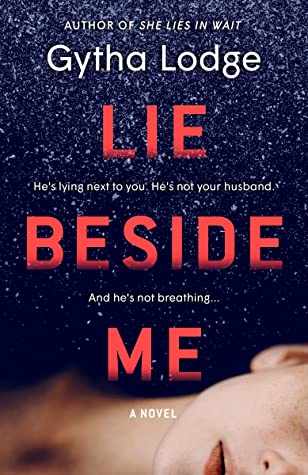 ABOUT THE BOOK:
You wake up.
You can't remember what happened.
The man lying next to you is not your husband.
And he's not breathing . . .

Pre-order the gripping thriller starring DCI Jonah Sheens, from the author of Richard and Judy pick and Sunday Times bestseller She Lies in WaitLouise wakes up. Her head aches, her mouth is dry, her memory is fuzzy. But she suspects she's done something bad.
She rolls over towards her husband, Niall. The man who, until recently, made her feel loved.But it's not Niall who's lying beside her. In fact, she's never seen this man before.And he's dead . . .As Louise desperately struggles to piece her memories back together, it's clear to Detective Jonah Sheens and his team that she is their prime suspect - though they soon find she's not the only one with something to hide.
LISTEN TO AN EXCERPT:

Lie Beside Me by Gytha Lodge
My rating: 5 of 5 stars

Lie Beside Me by Gytha Lodge is a 2021 Random House publication.

This series keeps getting better!

Louise’s husband is out of town, giving her the perfect excuse to go out partying with her best friend, April. The trouble starts when Louise, as per usual when she’s out with April, gets rip -roaring drunk, then April leaves her at the bar to run off with a guy she just met…

Panicked, Louise moves the body outside before calling the police…

She has no idea who the man was, and she can’t remember one thing that happened after April left the bar…

Once Jonah and his team are handed the case, they are genuinely flummoxed, but when Juliette makes a stunning discovery, Louise becomes the prime suspect.

Meanwhile, Juliette’s ex is still stalking her- but his interference is escalating, jeopardizing her new romantic relationship…

This book grabbed me from the very first paragraph and kept me riveted all the way to the very end. In fact, I put all other books aside to focus on this one exclusively. Man, this series is good!!

The psychological suspense is super tense, and the plot is well- executed. It’s a layered story with several stunning white-knuckle twists, before cleverly weaving all the threads together for a satisfying conclusion.

The detectives, though, are left with some heavy personal issues to cope with, and it will be interesting to see how all this plays out in the next installment, which I can’t wait to read!! 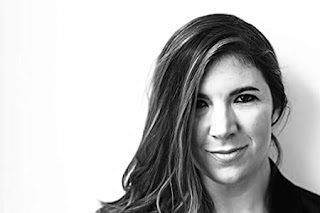 Gytha Lodge is a multi-award-winning playwright, novelist and writer for video games and screen. She is also a single parent who blogs about the ridiculousness of bringing up a mega-nerd small boy.

She has a profound addiction to tea, crosswords and awful puns. She studied English at Cambridge, where she became known quite quickly for her brand of twisty, dark yet entertaining drama. She later took the Creative Writing MA at UEA.

Her debut crime novel, She Lies in Wait, has been published by Penguin Random House in the US and UK, and has also been translated into 12 other languages. It became an international bestseller in 2019, and was a Richard and Judy book club pick, as well as a Sunday Times and New York Times crime pick.

Watching From the Dark, her second novel, is released in February 2020, with her third book lined up for spring of 2021.