Colorization: 100 years of Black Cinema in a White World by Wil Haygood- Feature and Review 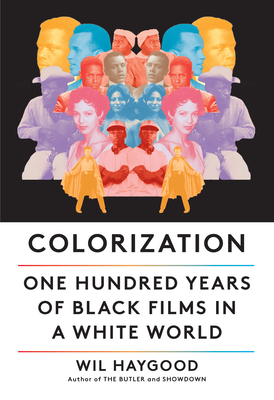 ABOUT THE BOOK:
"At once a film book, a history book, and a civil rights book ... without a doubt, not only the very best film book ... but it is also one of the best books of the year in any genre. An absolutely essential read." --Shondaland

This unprecedented history of Black cinema examines 100 years of Black movies--from Gone with the Wind to Blaxploitation films to Black Panther--using the struggles and triumphs of the artists, and the films themselves, as a prism to explore Black culture, civil rights, and racism in America. From the acclaimed author of The Butler and Showdown.

Beginning in 1915 with D. W. Griffith's The Birth of a Nation--which glorified the Ku Klux Klan and became Hollywood's first blockbuster--Wil Haygood gives us an incisive, fascinating, little-known history, spanning more than a century, of Black artists in the film business, on-screen and behind the scenes.

He makes clear the effects of changing social realities and events on the business of making movies and on what was represented on the screen: from Jim Crow and segregation to white flight and interracial relationships, from the assassination of Malcolm X, to the O. J. Simpson trial, to the Black Lives Matter movement. He considers the films themselves--including Imitation of Life, Gone with the Wind, Porgy and Bess, the Blaxploitation films of the seventies, Do The Right Thing, 12 Years a Slave, and Black Panther. And he brings to new light the careers and significance of a wide range of historic and contemporary figures: Hattie McDaniel, Sidney Poitier, Berry Gordy, Alex Haley, Spike Lee, Billy Dee Willliams, Richard Pryor, Halle Berry, Ava DuVernay, and Jordan Peele, among many others.

An important, timely book, Colorization gives us both an unprecedented history of Black cinema and a groundbreaking perspective on racism in modern America.

Colorization: One Hundred Years of Black Films in a White World by Wil Haygood
My rating: 4 of 5 stars

Colorization: One Hundred Years of Black Films in a White World by Wil Haywood is a 2021 Knopf publication.

Wil Haywood has written a study of the history and struggle of black cinema, starting in the silent era and bringing us right up to present day.

Beginning with the protest surrounding ‘A Birth of a Nation', Haywood takes us on a journey through the decades, featuring not only the films, but the triumphs, setbacks, and the continual struggle for recognition and acknowledgement.

This is a very in-depth history, and contains a wealth of obscure, behind the scenes information, alongside familiar faces, films, producers and directors.

The book is a little chunky- as it does go over an entire century’s worth of material, but it’s a smooth, easy read and goes by quickly.

I was very interested in the older history, especially, because it was mostly new material for me- but of course, I did enjoy reading about the people I recognized, learning more about their career launches, the struggles they encountered, and the impact they made on cinema and on history.

Haywood gives a wonderful presentation, with organization, and research. The book does seem to run out of steam towards the end, with fewer opportunities for little-known insights.

That said, this is a fabulous piece of cinematic history, which includes a segment of photographs, notes, Bibliography, and illustrated credits.

For me, there were some nice memories in here. I was reminded of some movies I have not watched in a long time, while learning a great deal about those movies I didn’t know.

But more importantly, the book chronicles the contributions of black artists and black films, the racism, politics, and social themes involved, through the years, while continuing to battle some of these same issues today- one century later.

Overall, this is an informative, fascinating book, all fans of history and the cinema will want to experience. 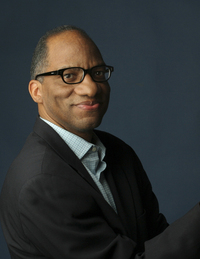 Wil Haygood, born September 19, 1954, in  Columbus, Ohio,  is an American journalist and author who is known for his 2008 article "A Butler Well Served by this Election" in the Washington Post about Eugene Allen, which served as the basis for the 2013 movie, 'The Butler'.