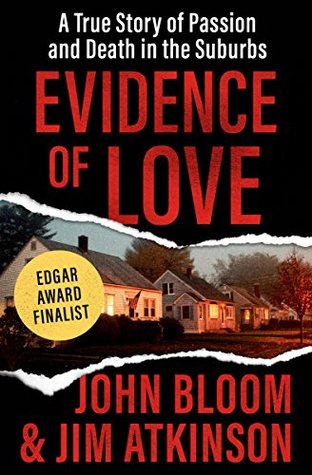 ABOUT THE BOOK:
Edgar Award Finalist: The “sensational” true story of two desperate housewives and the killing that shocked a Texas community (Los Angeles Times Book Review).Candy Montgomery and Betty Gore had a lot in common: They sang together in the Methodist church choir, their daughters were best friends, and their husbands had good jobs working for technology companies in the north Dallas suburbs known as Silicon Prairie. But beneath the placid surface of their seemingly perfect lives, both women simmered with unspoken frustrations and unanswered desires. On a hot summer day in 1980, the secret passions and jealousies that linked Candy and Betty exploded into murderous rage. What happened next is usually the stuff of fiction. But the bizarre and terrible act of violence that occurred in Betty’s utility room that morning was all too real. Based on exclusive interviews with the Gore and Montgomery families, Evidence of Love is the “superbly written” account of a gruesome tragedy and the trial that made national headlines when the defendant entered the most unexpected of pleas: not guilty by reason of self-defense (Fort Worth Star-Telegram). Adapted into the Emmy and Golden Globe Award–winning television movie A Killing in a Small Town, this chilling tale of sin and savagery will “fascinate true crime aficionados” (Kirkus Reviews).
READ AN EXCERPT:
MY REVIEW:

Evidence of Love: A True Story of Passion and Death in the Suburbs by John Bloom
My rating: 5 of 5 stars

Evidence of Love: A True Story of Passion and Death in the Suburbs by John Bloom is a 2016 Open Road Media publication.(Originally published in 1984)

This is another older true crime story- one that I had forgotten about until I started reading this book. I was about a quarter of the way in when it finally came to me why everything sounded so familiar. In fact, I think I may have even read this book many, many years ago.

Although this case has been out of the spotlight for a good while- my understanding is that both Hulu and HBO are planning mini-series about it. The HBO series is based on this book, as it so happens.

Despite the age of the case, this book-it is still an incredible and riveting drama. It’s got all the elements that drive people to commit crimes of passion- but the way this investigation played out was so unusual- I have never heard anything like it since.

The crime takes place in 1980 when Betty Gore was brutally murdered- on Friday the 13th, no less, while her husband was away on a business trip.

One of the last people to see Betty alive was her friend, Candy Montgomery, who had stopped by earlier in the day. As the police begin their investigation, it comes to light that the two church -going families had a few secrets between them- secrets which may have culminated in murder.

The book follows a format common in true crime books of this era. Background is given about the families involved, the reader is walked through how Betty’s body was found, the days following her murder, and the subsequent revelations that eventually led to a shocking outcome, a sensational murder trial, and a stunning jury decision.

Although the story was familiar to me, I had forgotten many of the details. As I read further, I found myself completely engrossed.

So, it might be a good time to brush up on this case before you watch the new series about it. (In the meantime- you can watch 'A Killing in a Small Town on YouTube.)

This book was very well written and organized. The layout is very effective, even now, when we are so accustomed to true crime reading like fiction.

Overall, I give this one the five star treatment. True crime fans don’t miss this one!

*Fun fact- If you read Grady Hendrix's 'Southern Book Club's Guide to Slaying Vampires'- you will recall this was the first book the club read. 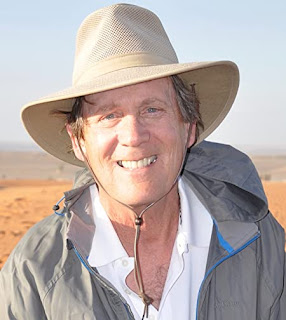 JIM ATKINSON is an award-winning crime writer who has spent over 40 years as a journalist in newspapers, magazines and television. He was founding editor D Magazine, the city magazine in Dallas, and was a columnist and editor for Texas Monthly for 30 years. He has also contributed stories to Esquire, GQ, Gourmet, Travel and Leisure and the New York Times. He is co-author, with John Bloom of Evidence of Love, a true crime classic; and The View from Nowhere, a hilarious and insightful travelogue of visits to the nation’s greatest hard drinking bars. He presently is working on a novel in Santa Fe, where he lives with his wife, Ann. 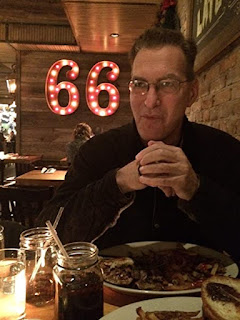 John Bloom is a journalist and entertainer born in Dallas, Texas, who grew up in Little Rock, Arkansas, and now lives in New York City. While serving as New York bureau chief for United Press International, he was an eyewitness to the events of 9/11 and was nominated by UPI for the Pulitzer Prize. His work for Texas Monthly magazine has been nominated three times for the National Magazine Award, and he has written for dozens of newspapers and magazines, as well as being a columnist for the New York Times Syndicate, the Los Angeles Times Syndicate, and Creators Syndicate. He graduated summa cum laude from Vanderbilt University, where he was a Grantland Rice Scholar for his work as a teenage reporter and columnist for the Arkansas Democrat.