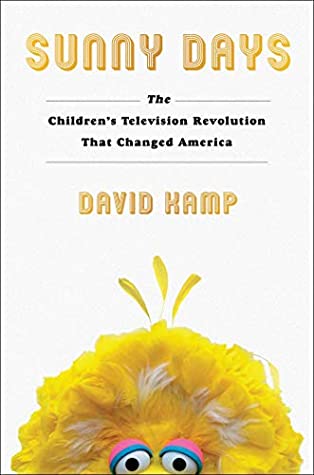 ABOUT THE BOOK:
From bestselling writer David Kamp, the engrossing, behind-the-scenes story of the cultural heroes who created the beloved children’s TV programs Sesame Street, The Electric Company, Mister Rogers’ Neighborhood, Free to Be...You and Me, and Schoolhouse Rock!—which collectively transformed American childhood for the better, teaching kids about diversity, the ABCs, and feminism through a fun, funky 1970s lens.

In 1970, on a soundstage on Manhattan’s Upper West Side, a group of men, women, and Muppets of various ages and colors worked doggedly to finish the first season of a children’s TV program that was not yet assured a second season: Sesame Street. They were conducting an experiment to see if television could be used to better prepare disadvantaged preschoolers for kindergarten. What they didn’t know then was that they were starting a cultural revolution that would affect all American kids. In Sunny Days, bestselling author David Kamp captures the unique political and social moment that gave us not only Sesame Street, but also Fred Rogers’s gentle yet brave Mister Rogers’ Neighborhood; Marlo Thomas’s unabashed gender-politics primer Free to Be...You and Me; Schoolhouse Rock!, an infectious series of educational shorts dreamed up by Madison Avenue admen; and more, including The Electric Company, ZOOM, and Fat Albert and the Cosby Kids. It was a unique time when an uncommon number of media professionals and thought leaders leveraged their influence to help children learn—and, just as notably, a time of unprecedented buy-in from American parents.

Kamp conducted rigorous research and interviewed such Sesame Street figures as Joan Ganz Cooney, Lloyd Morrisett, Sonia Manzano, Emilio Delgado, Loretta Long, Bob McGrath, and Frank Oz, along with Free to Be’s Marlo Thomas and The Electric Company’s Rita Moreno—and in Sunny Days, he explains how these and other like-minded individuals found their way into children’s television not for fame or money, but to make a difference.

Fun, fascinating, and a masterful work of cultural history, Sunny Days captures a wondrous period in the US when a determined few proved that, with persistence and effort, they could change the lives of millions. It’s both a rollicking ride through a turbulent time and a joyful testament to what Americans are capable of at their best.

Sunny Days: The Children's Television Revolution That Changed America by David Kamp
My rating: 4 of 5 stars

What a fun and informative look back at a special time for children’s television!! Because I was right at the perfect age for this creative, and educational explosion of children’s programming, I can’t say I was aware of the behind-the-scenes history of these programs or how they were received by children and their parents.

This book takes us through the early days of children’s educational programming, introducing us to beloved people like Fred Rodgers and Jim Henson before they were household names. The politics, the funding, the complaints and praises- the staples of these programs, how they came into existence and the impressive impact they had on children and our society, is a fascinating journey to take.

I will confess that some portions of the book, especially in the beginning, was a little dry, but it became more and more interesting as it went along.

Because Big Bird appears on the cover of this book, one might presume the book is hyper-focused on Sesame Street, but it isn’t. The book covers many other educational programs- including Schoolhouse rock- which I LOVED- I still know all the words, if that tells you anything.

Personally, Captain Kangaroo was the program I was able to watch most often due to our inability to pick up more than one or two TV stations in the rural area I lived in. Occasionally, I could get ‘Electric Company’ to come in, but I don’t recall being able to watch Sesame Street until later- when I was probably too old for it- but still watched it on occasion, anyway.

Mr. Rodgers was also difficult for me to see very often- but later in life- younger cousins and my own children, who adored Fred Rodgers, gave me a second chance to fully enjoy his lovely, gentle way of teaching children.

Despite being aware of these programs -some of which I sampled growing up- and then fully enjoyed later with my own children, I never fully grasped the impact these shows had on our nation overall. Children were not the only ones who benefited from these programs- adults learned to read because of them, as well!!

Yes, these shows opened an entirely new world for children. It was healthier than watching blatant advertising geared towards kids or watching silly shows with no valuable content. These shows dared to introduce diversity and realism, appealing to kids from all walks of life and for the most part, these progressive steps were embraced by parents from all political stripes, while teaching children important lessons and preparing them for school and for success, no matter their personal backgrounds.

While I don’t always agree with everything these shows teach and have questioned some issues addressed from time to time-especially considering the age of the viewing audience, I have to look back now and think- What a great achievement!!

Sadly, times have changed, politics has affected federal funding, which has waxed and waned since the late seventies, but the effects these shows had on our country has been a long lasting one and continues to impact future generations, even though the formats have changed and we’ve lost so many of the important figures that helped create positive, educational options for children.

This is a wonderful bit of history to explore, it’s full of nostalgia and feel-good inspiration, I wish we could have bottled it up back then! It’s a spirit lifter, but it also shows we have some key elements missing today that need to make a comeback… 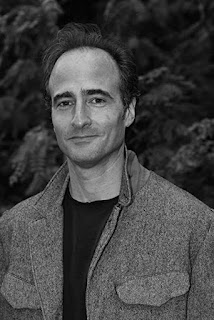 David Kamp is an author, journalist, lyricist, and humorist. Among his books are the national bestseller The United States of Arugula (Broadway Books, 2006), a chronicle of America’s foodways; the upcoming Sunny Days (Simon & Schuster, May 2020), a history of the Sesame Street-Mister Rogers era of children’s television; and, as co-author, Martin Short’s bestselling memoir, I Must Say (HarperCollins, 2014). A longtime contributor to Vanity Fair, he has profiled such figures as Johnny Cash, Sly Stone, Lucian Freud, Kerry Washington, Bruce Springsteen, John Hughes, Phoebe Waller-Bridge, and the Brill Building songwriters. His work also appears regularly in the New York Times. His first outing as a lyricist for the stage, for the John Leguizamo musical comedy Kiss My Aztec!, had its world premiere at Berkeley Rep in the spring of 2019; the show is now New York-bound. David began his career at Spy, the legendary satirical monthly. He lives in with his family in New York City and rural Connecticut.