Paint and Nectar- by Ashley Clarke- Feature and Review 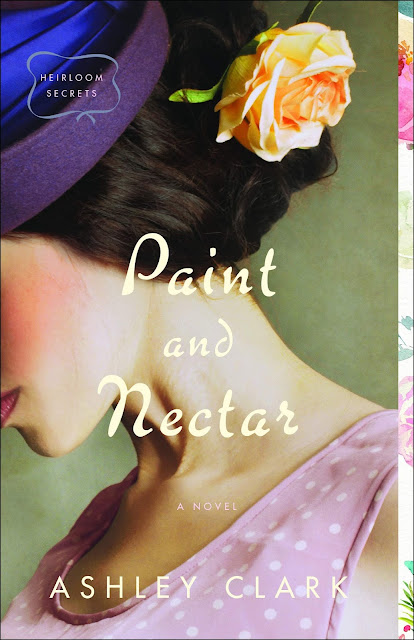 ABOUT THE BOOK:
In 1929, a spark forms between talented watercolorist Eliza and William, a charming young man who has been hired to forge her popular paintings. Her aunt makes it clear Eliza should stay away from him because of a feud between their families over missing heirloom silver. But the source of the rivalry was long ago, and as the two get to know each other, they fall in love. William regrets the job that desperation led him to take and their families' ongoing bitterness, but setting things right comes at a cost.In present-day Charleston, Lucy Legare has just inherited an old house from a mysterious benefactor, along with all the secrets it holds, including an old silver heirloom. Declan Pinckney is determined to buy the house for his family's development company. But as Lucy uncovers secrets about the house, garden, and silver, she becomes more determined than ever to preserve the historic Charleston property, not only for history's sake but also for her own.
READ AN EXCERPT:

Paint and Nectar by Ashley Clark
My rating: 4 of 5 stars

Paint and Nectar by Ashley Clark is a 2021 Bethany House publication.

Ashley Clark follows her stellar debut novel with a story of hope, preservation, and second chances. Utilizing the vivid hues of blended watercolors, art, and history, the story follows Eliza and William, a star -crossed couple, in the late twenties, kept apart by secrets and greed and a family feud over a piece of heirloom silver.

In present day, Lucy Lagare and Declan Pinkney developed a near instant chemistry between them, only to learn their families were at odds over some missing silver one has accused the other of stealing.

When Lucy mysteriously inherits an old Charleston home from a secret benefactor, the feud heats up when Declan announces his plans to expand in the exact same area.

With zero respect for preservation, Declan is only concerned with progression. Despite his tender feelings for Lucy, Declan seems to succumb to his father’s pressure to thwart Lucy’s plans to restore the home. But Lucy proves to be a worthy opponent, determined to fight for history and her own heritage….

I love history, southern fiction, and art- so this story was right up my alley. This is a lovely story, filled with lush gardens and beautiful watercolors, juxtaposing our days of despair with the hope and promise a better plan that lies ahead.

I enjoyed the setting, the ‘enemies’ falling love-putting to rest long held resentments, plus the sweetest way the mysteries were solved.

Overall, this is a very enjoyable, refreshing, and a solid addition to this series!! 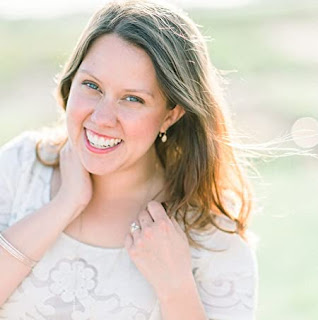 Ashley Clark writes romance with southern grace. She's dreamed of being a writer ever since the thumbprint-cookie-days of library story hour. Ashley has an M.A. in English and enjoys teaching literature courses as an adjunct. She's an active member of American Christian Fiction Writers. When she's not writing, Ashley's usually busy rescuing stray animals and finding charming new towns.