Murder in Old Bombay by Nev March- Feature and Review 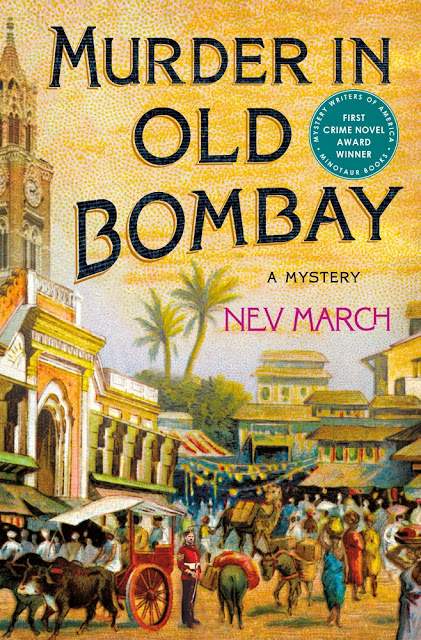 ABOUT THE BOOK:
In 1892, Bombay is the center of British India. Nearby, Captain Jim Agnihotri lies in Poona military hospital recovering from a skirmish on the wild northern frontier, with little to do but re-read the tales of his idol, Sherlock Holmes, and browse the daily papers. The case that catches Captain Jim's attention is being called the crime of the century: Two women fell from the busy university’s clock tower in broad daylight. Moved by Adi, the widower of one of the victims — his certainty that his wife and sister did not commit suicide — Captain Jim approaches the Parsee family and is hired to investigate what happened that terrible afternoon.But in a land of divided loyalties, asking questions is dangerous. Captain Jim's investigation disturbs the shadows that seem to follow the Framji family and triggers an ominous chain of events. And when lively Lady Diana Framji joins the hunt for her sisters’ attackers, Captain Jim’s heart isn’t safe, either.Based on a true story, and set against the vibrant backdrop of colonial India.
LISTEN TO AN EXCEPT:
MY REVIEW:

Murder in Old Bombay by Nev March
My rating: 4 of 5 stars

How did two women fall from a university tower only moments apart from each other?

This is the question Captain Jim Agnihotri is asking after having read about the case while convalescing in a military hospital. The captain had been enjoying reading Sherlock Holmes mysteries, until he learns the women’s deaths were written up as suicides- and is moved by the stirring letter, Adi, the brother and widower of the two women, writes to the press begging respect for his wife and sister, insisting the women did not commit suicide!

Inspired by Sherlock Holmes, the unsatisfying investigation, and Adi’s letter to the press, Jim offers to privately inquire into the matter for Adi, who readily accepts the invitation. Along the way, Jim is introduced to Adi’s sister, Lady Diana Framji, who is determined to help with his investigation.

The two make a good detective team, but their feelings for one another grow much deeper as time passes…

I thoroughly enjoyed this historical mystery, the premise, the backdrop and atmosphere, the romance, and the way everything came together in the end.

The author vividly captures the divisions of the day, the customs, and hierarchy. The story is educational, suspenseful, and emotional, but also, clean and entertaining. It was interesting that the book was based on a true story- which makes it even more fascinating! 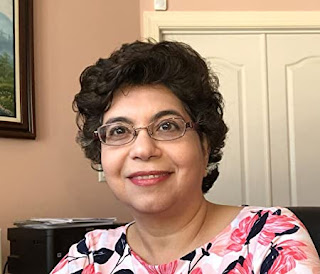 Listed as one of New York Times Best Mysteries of 2020, Murder in Old Bombay was nominated for five national awards in 2021, including the Edgar Award, and the Anthony, Barry, Hammett and Macavity Awards.