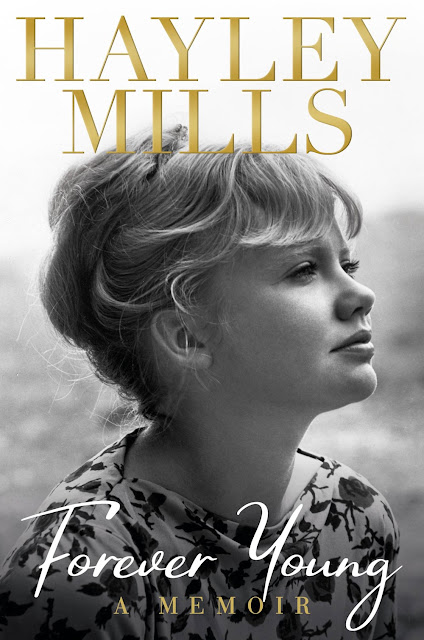 ABOUT THE BOOK:
Iconic actress Hayley Mills shares personal memories from her storied childhood, growing up in a famous acting family and becoming a Disney child star, trying to grow up in a world that wanted her to stay forever young. The daughter of acclaimed British actor Sir John Mills was still a preteen when she began her acting career and was quickly thrust into the spotlight. Under the wing of Walt Disney himself, Hayley Mills was transformed into one of the biggest child starlets of the 1960s through her iconic roles in Pollyanna, The Parent Trap, and many more. She became one of only twelve actors in history to be bestowed with the Academy Juvenile Award, presented at the Oscars by its first recipient, Shirley Temple, and went on to win a number of awards including a Golden Globe, multiple BAFTAs, and a Disney Legacy Award.Now, in her charming and forthright memoir, she provides a unique window into when Hollywood was still 'Tinseltown' and the great Walt Disney was at his zenith, ruling over what was (at least in his own head) still a family business. This behind-the-scenes look at the drama of having a sky-rocketing career as a young teen in an esteemed acting family will offer both her childhood impressions of the wild and glamorous world she was swept into, and the wisdom and broader knowledge that time has given her. Hayley will delve intimately into her relationship with Walt Disney, as well as the emotional challenges of being bound to a wholesome, youthful public image as she grew into her later teen years, and how that impacted her and her choices--including marrying a producer over 30 years her senior when she was 20! With her regrets, her joys, her difficulties, and her triumphs, this is a compelling read for any fan of classic Disney films and an inside look at a piece of real Hollywood history.
LISTEN TO AN EXCERPT:
MY REVIEW:

Forever Young by Hayley Mills
My rating: 4 of 5 stars

Forever Young by Hayley Mills is a 2021 Grand Central Publication.

Hayley Mills came from a family of actors and grew up, rubbing elbows with her parent’s friends and colleagues- like Vivien Leigh and Laurence Olivier, for example.

While her older sister did some stage acting, when Hayley was growing up, acting never really crossed her mind. In fact, she was pretty much a normal kid, doing normal kid things- and was a bit of a tomboy. In what was more a fluke, than anything else, she was cast in one movie, but that appeared to be a one-off thing, which was fine with her, until she caught the eye of Walt Disney… and the rest- as they say is history.

I was a huge fan of "Pollyanna". The cast was stellar and of course Hayley personified that role. I’m hazy on some of the other movies she did for Disney, except for “The Parent Trap” and her last one- ‘That Darn Cat’.

I hate to admit this, but once I had outgrown Disney movies, I never thought about Hayley again until I had children of my own, and I found myself re-watching some of her Disney films.

There is only one post- Disney movie that sticks in my mind now- “The Trouble with Angels”.

I didn’t know one thing about her personally, except her father was in ‘Swiss Family Robinson’ and I’d seen a few of her sister’s movies over the years.

In some ways, Hayley appeared to live a charmed life while growing up, but of course, there were issues. Still, she approaches the darker side of fame and her tough experiences candidly, without sounding embittered, excepting some resentful sounding passages about her alcoholic mother.

Many of Hayley’s experiences sound so typical of Hollywood and the pressure that is placed on young performers, which takes its toll on their health.

Hayley stayed in line a lot longer than most before finally going a little wild. A chance at playing 'Lolita', a controversial marriage to a much older man, and a religious epiphany, are among some of the surprises in the book, I knew nothing about. Her juxtapositions about losing that role, feeling pigeonholed as a Disney star, with Sue Lyons- who got the part - was interesting… and true.

The book trails off when Hayley is pregnant with her first child- which might have been by design as the book’s intent was to focus on her life up until she is firmly cemented into adulthood- a plateau she struggled to obtain after her childhood was immortalized on film for many generations.
Hayley’s life has encompassed so much more than what is etched in our childhood memories of her, but she is for many of us, despite all her efforts to be otherwise… 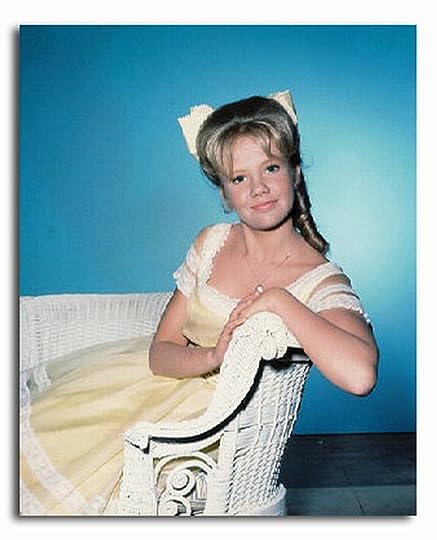 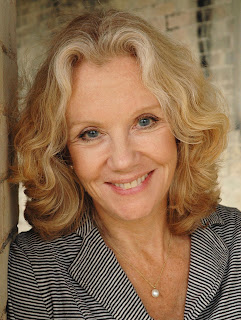 Hayley Mills is an English Actress, the daughter of Sir John Mills and Mary Hayley Bell, and younger sister of actress, Juliet Mills. She won the Academy Juvenile Award for Disney's Pollyanna. For her success with Disney, she recieved the Disney Legend Award. She published her memoirs, Forever Young in 2021