Mary Jane by by Jessica Anya Blau - Feature and Review 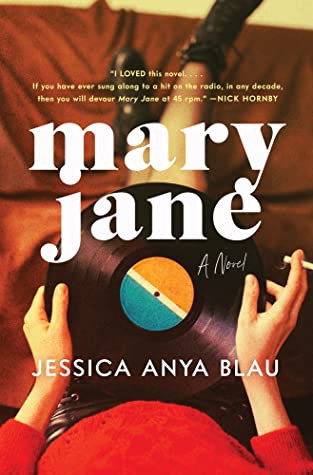 ABOUT THE BOOK:
"Almost Famous" meets Daisy Jones and the Six in this funny, wise, and tender novel about a fourteen-year-old girl’s coming of age in 1970s Baltimore, caught between her strait-laced family and the progressive family she nannies for—who happen to be secretly hiding a famous rock star and his movie star wife for the summer.In 1970s Baltimore, fourteen-year-old Mary Jane loves cooking with her mother, singing in her church choir, and enjoying her family’s subscription to the Broadway Show Tunes of the Month record club. Shy, quiet, and bookish, she’s glad when she lands a summer job as a nanny for the daughter of a local doctor. A respectable job, Mary Jane’s mother says. In a respectable house.The house may look respectable on the outside, but inside it’s a literal and figurative mess: clutter on every surface, IMPEACHMENT: Now More Than Ever bumper stickers on the doors, cereal and takeout for dinner. And even more troublesome (were Mary Jane’s mother to know, which she does not): The doctor is a psychiatrist who has cleared his summer for one important job—helping a famous rock star dry out. A week after Mary Jane starts, the rock star and his movie star wife move in.Over the course of the summer, Mary Jane introduces her new household to crisply ironed clothes and a family dinner schedule, and has a front-row seat to a liberal world of sex, drugs, and rock-and-roll (not to mention group therapy). Caught between the lifestyle she’s always known and the future she’s only just realized is possible, Mary Jane will arrive at September with a new idea about what she wants out of life, and what kind of person she’s going to be.
LISTEN TO AN EXCERPT:
MY REVIEW:

Mary Jane by Jessica Anya Blau
My rating: 4 of 5 stars

Mary Jane, a fourteen-year-old from Baltimore accepts a summer job babysitting five-year old Izzy Cone. Izzy’s father is a psychiatrist who takes on a famous rock star with a serious drug problem.

The famous musician and his actress wife, moves into the home for the entire summer, a home that is already chaotic. Despite the respectable outward appearance, the Cone’s do not keep house, cook healthy meals, or live any sort of conventional life- a far cry from Mary Jane’s home life, where everything is prim and proper, neat and orderly.

If her mother had even the slightest clue how Mary Jane was spending her summer, and with whom, she would never allow her to continue babysitting. Meanwhile, Mary Jane is having the time of her life. She takes care of Izzy, and the entire household. She shops, cooks, straightens the house, and listens to everyone’s problems… some very adult problems- and comes to realize how important it is to have some structure in one's life.

But, as the summer progresses, she also realizes that love, expressing your feelings, and spending time for your loved ones- is equally important- which is something that is missing from her own home.

Her education, and awakening promises a break in the chain from her super conservative… and racist parents, and a future where Mary Jane steps outside the sheltered confines of her current life, and into the world, with a better understanding of how to blend the best of both environments she lived through during the summer of 1975.

Mary Jane takes her usual stability and expands it- coming to a better understanding of others around her, but most importantly an understanding of who she is, deep down, what kind of person she wants to become- learning to think independently, while learning from her own personal experiences.

This young woman was such a pleasure and her character, along with little Izzy, is what makes this story work.

I do have one slightly preachy concern- due to the attitudes of Mary Jane’s parents, it is easier to judge them more harshly than the Cone’s.

But, before you pick on side over the other- remember the Cone’s were neglectful parents, lived in filth, and had frank sexual conversations in front of the fourteen-year-old babysitter, for heaven's sake!

Yes, I know, what you are thinking, and no, I didn’t miss the point of the story. I just felt that, as ugly as the racism is, two wrongs don't make a right, it doesn’t justify or redeem the Cone’s lifestyle or behavior.

I also don't think we should give the celebrities a pass either- just because they are famous.

Neither side was ideal- but one side was presented as being a better situation for Mary Jane and the reader is expected to embrace that concept as well. Both sides were unhealthy, in my opinion, and that’s part of the lesson Mary Jane learned, and it’s a lesson that will serve her well.

I couldn’t have been prouder of Mary Jane- she handles herself beautifully. If only the adults in her life had a small portion of her intelligence and grace, and could open their hearts half as wide…

Overall, a super wacky coming of age story geared toward adults- (beware the YA label)- that captures the odd juxtapositions of the seventies.

Despite some uncomfortable topics, Izzy and Mary Jane will charm your socks off!! 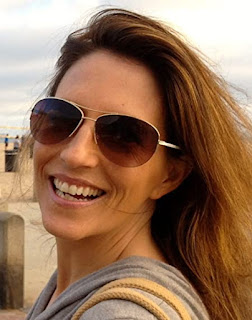