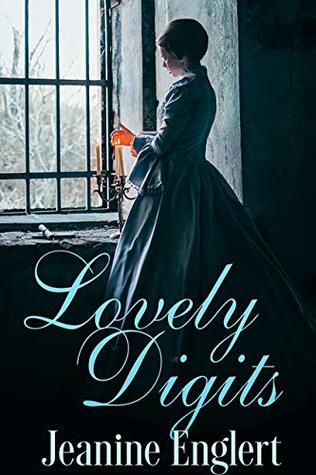 ABOUT THE BOOK:
When two murders strike the sleepy Victorian town of Clun, England, an unlikely partnership forms. But can the killer be found before there is a third?Lovely Digits is the town oddity…But quirky spinster Lucy Wycliffe prefers to ignore gossip and embrace her position as the town’s layer out of the dead, despite how her parents’ deaths thrust her into such unlikely work. Lovely Digits, as she’s known to the local townspeople, no longer dreams of marriage, but takes pride in providing dignity to the dead. Desperate to hold on to her family’s cottage and support her widowed sister and young niece, an unexpected offer of employment as assistant to the constable arrives at the perfect time.Former sailor John Brodie is the mysterious new constable…But John Brodie is far from a stranger to Clun or the events of its past. Accepting the position as constable in the small town is a double edged sword meant to heal his past and redeem his future, but falling for the beautiful and intelligent Lucy Wycliffe was never part of his plan. As the killer closes in, will John reveal his secret and risk losing everything to save Lucy’s life?
READ AN EXCERPT:
MY REVIEW:

Lovely Digits by Jeanine Englert
My rating: 4 of 5 stars

Two girls are murdered in Clun, both of whom were friends of Lucy Wycliffe. Lucy is a non-conformist, in that she has never married after the brutal murder of her parents- and she attends to the dead- a job that has earned her a reputation as an eccentric.

All she has left is her cottage which, if she doesn’t come up with a payment soon, will be repossessed. In desperate need of more funds, she accepts a job offer from the new town constable, John Brodie.

As the two pair up to investigate the deaths of Lucy’s friends, they find themselves in grave peril- but their hearts could be in even more jeopardy as they begin falling in love, because John is harboring a deep, dark secret that will most assuredly turn Lucy against him…

This is a book I took a chance on from the KU library- and my gamble paid off with dividends. This is a terrific combination of mystery, suspense, and romance. Lucy and John have a great chemistry between them, both as work partners and as a romantic couple. The mystery is compelling and full of Victorian era forensics, utilizing unconventional methods of detection.

I thought the author did a great job on this book- she measures the mystery with the romance perfectly, adds great details, and creates atmosphere, while drawing out the character’s emotions.

Overall, this was a terrific find- and I hope to hear from this author again!

GRAB A COPY HERE:
https://www.amazon.com/Lovely-Digits-Jeanine-Englert-ebook/dp/B07SB6HJMW/
https://www.barnesandnoble.com/w/lovely-digits-jeanine-englert/1133788922
*ALSO  INCLUDED WITH YOUR KINDLE UNLIMITED SUBSCRIPTION
ABOUT THE AUTHOR: 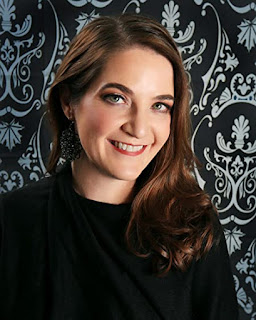 Jeanine Englert is a double VIVIAN ® FINALIST, Golden Heart ® Finalist, and Silver Falchion and Daphne du Maurier Award winner in historical romantic suspense. After years of writing in secret, she joined Romance Writers of America and Georgia Romance Writers in 2013 and has been an active member ever since.

She writes Scottish Highland historicals and historical romantic suspense novels. When she isn’t wrangling with her characters on the page, she can be found trying to convince her husband to watch her latest Masterpiece or BBC show obsession. She loves to talk about books, writing, her beloved pups, and of course mysteries with other readers on Twitter @JeanineWrites, Facebook, or at her website www.jeaninewrites.com.

Her latest novel, The Highlander's Secret Son, was released by Harlequin Historical/Mills & Boon on May 25, 2021.