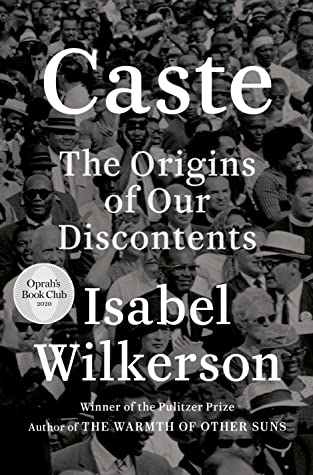 ABOUT THE BOOK:
The Pulitzer Prize–winning, bestselling author of The Warmth of Other Suns examines the unspoken caste system that has shaped America and shows how our lives today are still defined by a hierarchy of human divisions.“As we go about our daily lives, caste is the wordless usher in a darkened theater, flashlight cast down in the aisles, guiding us to our assigned seats for a performance. The hierarchy of caste is not about feelings or morality. It is about power—which groups have it and which do not.”In this brilliant book, Isabel Wilkerson gives us a masterful portrait of an unseen phenomenon in America as she explores, through an immersive, deeply researched narrative and stories about real people, how America today and throughout its history has been shaped by a hidden caste system, a rigid hierarchy of human rankings.Beyond race, class, or other factors, there is a powerful caste system that influences people’s lives and behavior and the nation’s fate. Linking the caste systems of America, India, and Nazi Germany, Wilkerson explores eight pillars that underlie caste systems across civilizations, including divine will, bloodlines, stigma, and more. Using riveting stories about people—including Martin Luther King, Jr., baseball’s Satchel Paige, a single father and his toddler son, Wilkerson herself, and many others—she shows the ways that the insidious undertow of caste is experienced every day. She documents how the Nazis studied the racial systems in America to plan their out-cast of the Jews; she discusses why the cruel logic of caste requires that there be a bottom rung for those in the middle to measure themselves against; she writes about the surprising health costs of caste, in depression and life expectancy, and the effects of this hierarchy on our culture and politics. Finally, she points forward to ways America can move beyond the artificial and destructive separations of human divisions, toward hope in our common humanity.
LISTEN TO AN EXCERPT:
MY REVIEW:

Caste: The Origins of Our Discontents by Isabel Wilkerson
My rating: 5 of 5 stars

Caste by Isabel Wilkerson is a 2020 Random House publication.

“Caste makes distinctions where God has made none”

It has taken me a good while to get through this book. There were times when I took long breaks from it- taking some time to reflect on what I had read.

Reading through some top reviews of the book and seeing that it has garnered over twelve thousand reviews, I can’t see how I could add anything more profound to what others have already said.

Instead, I’ll just say that Wilkerson has written another very important book- one that should be read by all.

Here are a few of my highlighted quotes:

Caste is structure. Caste is ranking. Caste is the boundaries that reinforce the fixed assignments based upon what people look like. Caste is a living, breathing entity. It is like a corporation that seeks to sustain itself at all costs. To achieve a truly egalitarian world requires looking deeper than what we think we see. We cannot win against a hologram. Caste is granting or withholding of respect, status, honor, attention, privileges, resources, benefit of the doubt, and human kindnesses to someone on the basis of their perceived rank or standing the hierarchy.

In the American caste system, the signal of rank is what we call race, the division of humans on the basis of their appearance. In America, race is the primary tool and the visible decoy, the front man, for caste.

Choose not to look, however, at your own peril. The owner of an old house knows that whatever you are ignoring will never go away. Whatever is lurking will fester whether you choose to look or not. Ignorance is no protection from the consequences of inaction. Whatever you are wishing away will gnaw at you until you gather the courage to face what you would rather not see.

Overall, Wilkerson writes an in-depth study on the American Caste system, compares it with that of other countries, and gives readers plenty to think about and learn from- but it’s her own experiences that allow one to see these truths in action, to experience their affects from a personal perspective.

Once more Wilkerson has written an unflinching body of work, one that teaches and admonishes- but also enlightening- allowing us to imagine a world without Caste. 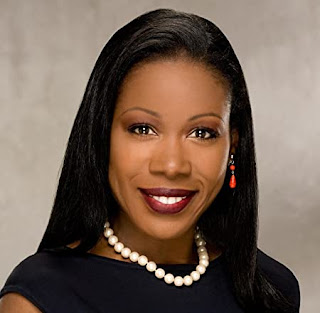 Isabel Wilkerson, winner of the Pulitzer Prize and the National Humanities Medal, is the author the critically acclaimed New York Times bestsellers The Warmth of Other Suns, and Caste: The Origins of Our Discontents.

Her second book, CASTE: The Origins of Our Discontents, explores the unrecognized hierarchy in America, its history and its consequences. Caste became a No. 1 New York Times bestseller, was the 2020 summer/fall selection for Oprah’s Book Club and was longlisted for the National Book Award. It was named to more best of the year lists than any other work of nonfiction and was named the No. 1 book of 2020 across all genres by the industry arbiter, Publishers Marketplace.

Wilkerson won the Pulitzer Prize for her work as Chicago Bureau Chief of The New York Times in 1994, making her the first black woman in the history of American journalism to win a Pulitzer and the first African-American to win for individual reporting. In 2016, President Barack Obama awarded her the National Humanities Medal for "championing the stories of an unsung history."

She has appeared on national programs such as "Fresh Air with Terry Gross," CBS's "60 Minutes," NBC's "Nightly News," "The PBS News Hour," MSNBC's "The Last Word with Lawrence O'Donnell," “The Daily Show with Trevor Noah,” NPR's "On Being with Krista Tippett," the BBC and others. She has taught at Princeton, Emory and Boston universities and has lectured at more than 200 other colleges and universities across the U.S. and in Europe and Asia.