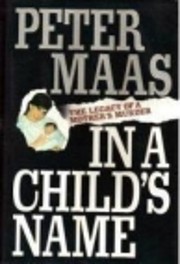 Tracing events from the Midwestern states of Indiana and Kentucky to the East Coast, the author of such major bestsellers as Serpico and King of the Gypsies has written a dramatic and terrifying book about a charming and successful psychopath and the woman who loved him--and whom he murdered. The custody battle over the couple's infant son makes this true story all the more tragic. 16 pages of photographs.
MY REVIEW:

In a Child's Name: The Legacy of a Mother's Murder by Peter Maas
My rating: 4 of 5 stars

In a Child’s Name by Peter Maas is a 1990 Simon & Schuster publication.

This old true crime case has stuck with me for years. Folks of a certain age might remember a made for TV movie based on this case. The cast was incredible, and while the movie stuck to the facts for the most part, there were some embellishments the book didn’t have, most notably that shocking scene with glowing Luminal.

The book, though, is equally dramatic due to the ghastly details and the riveting courtroom scenes, which detailed Ken’s relationships with his former wives, and the shenanigans he got up to once he was imprisoned.

In some ways, Ken reminded me of Ted Bundy- having some of the same psychopathic tendencies.

For those completely unfamiliar with the case-

Theresa Benigno and Ken Taylor marry, and go off to Acapulco on their honeymoon, where Theresa would be attacked and horribly beaten. The Mexican authorities didn’t buy Ken’s story of intruders in their hotel room. They suspected Ken- and relayed those suspicions to Theresa’s family. Theresa couldn’t remember what happened, but was convinced her new husband would never do such a thing to her.

They returned home, Theresa eventually healed, and soon became pregnant. Five months after the birth of her son, Theresa vanished, although Ken tried to convince people that Theresa had a drug problem and had entered a rehab facility.

Theresa’s sister, Celeste was sure something had happened to Theresa and that Ken knew more than he was telling. When Theresa’s body was found, dumped in a rural area, she has been brutally beaten, with a crushed skull.

Ken, though, had a bombshell of his own- he claimed he caught Theresa sexually abusing their son while high on drugs and confessed to hitting her over the head with a barbell.

The trial was riveting, eventually leading to a thirty- year prison sentence- but what happened next involved the custody of Theresa and Ken’s son. Ken’s parents believed they should get custody, but Celeste, was determined to keep that from happening.

The stunts the grandparents pulled were shocking- but they didn’t count on the spunky, determined, Celeste, a woman Ken dismissed as being scatterbrained, and his intellectual inferior, to hang in there for the long haul, enduring countless disappointments and setbacks before the courts finally made their decision.

The book is hard to read due to the intense, emotional subject matter, but the case is just as riveting and shocking now as it was back in 90s, and when the TV movie aired.

For the record- the Luminol scene in the movie was for dramatic effect only, as Luminol doesn’t really work that way. Still, I remember that scene to this day!!

Overall, I’m glad I found a copy of this book. It is very hard to find. I don’t think it has ever been formatted digitally- so if you happen across it on eBay or at a used bookstore- grab it!!
Also, if interested, YouTube still has some movie clips and actual news footage about this case.
WHERE TO BUY A COPY:
Unfortunately, this book is not available in digital format. It's a hard to find book- but can be found at various prices on eBay, or the Amazon marketplace.  The publisher holding the rights currently is Simon & Schuster- perhaps if there is enough interest they will reissue the book or format it digitally.
ABOUT THE AUTHOR: 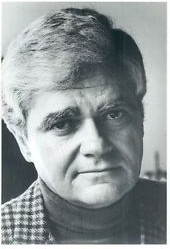 Peter Maas was an American journalist and author. He was born in New York City and attended Duke University.He was the biographer of Frank Serpico, a New York City Police officer who testified against police corruption. He is also the author of the number one New York Times bestseller, Underboss, about the life and times of Sammy "The Bull" Gravano.His other notable bestsellers include The Valachi Papers, Manhunt, and In a Child's Name, recipient of the 1991 Edgar Award for Best Fact Crime book. The Valachi Papers, which told the story of Mafia turncoat Joseph Valachi, is widely considered to be a seminal work, as it spawned an entire genre of books written by or about former Mafiosi.
Posted by gpangel at 11:00 PM