Losing You- by Nicci French- Feature and Review 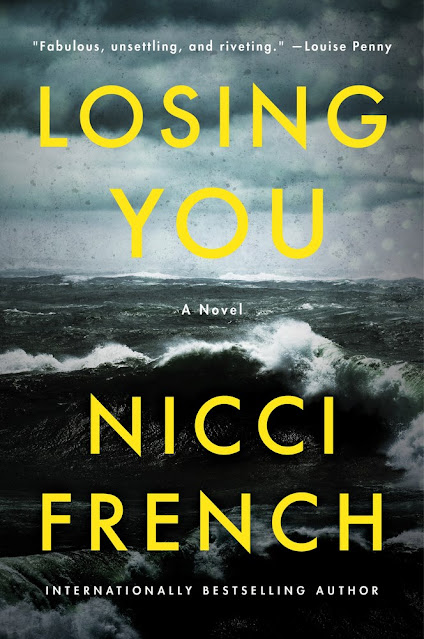 ABOUT THE BOOK:
It's Nina Landry's birthday, and she's supposed to have her kids ready to leave in a few hours for a Christmas holiday in Florida with her new boyfriend, but her fifteen-year-old daughter Charlie spent the night at a friend's and hasn't come home yet. Not by ten a.m., not by eleven. Nina is getting angry---they have a plane to catch, and Charlie hasn't even bothered to pack. As time passes, though slower and slower by the minute, Nina becomes uneasy. Her anger gives way to worry, and that worry quickly builds into panic.
By one p.m., she's wondering, has Charlie run away, or has something far worse happened? And why won't anyone---not the cops, not Charlie's friends, not Charlie's father---take her disappearance seriously?
As day turns to night on their home of Sandling Island sixty miles from London, and a series of ominous secrets leads Nina from sickening suspicion to deadly certainty, the question becomes less whether she and her daughter will leave the island in time and more whether they'll ever leave it again.
In "Losing You," the newest thriller from the long-acclaimed master of psychological suspense, Nicci French unravels one mother's life and replaces it with every mother's worst nightmare.
LISTEN TO AN EXCERPT:
MY REVIEW:

Losing You by Nicci French
My rating: 4 of 5 stars

Nina and her kids are excited about their upcoming trip to Florida, where Nina will celebrate her birthday with her new boyfriend. Her plans go horribly awry when her teenage daughter, Charlie, fails to come home after a sleepover.

Law enforcement is useless, quoting their usual spiel about teenagers- suggesting Charlie will turn up soon, or that she could be a runaway- etc.

Refusing to sit on her hands, Nina goes in search of her daughter, only to discover she didn’t know Charlie as well as she thought…

I will snap up any book this dynamic duo writes. Because of that, I picked this book up thinking it was a new release, only to discover, once I sat down to read it, that it was a reissue.

The book was originally published back in 2005, which irritated me a little at first, because while the book wasn’t expressly marketed as a new release, it was implied. I shook it off, though, because I have always wanted to read some of French’s older books, so no harm, no foul, really.

This may not be the absolute best effort by French, but for some reason, once I got started on the book, I found myself unwilling to put it down. I blew through it at lightening speed, compelled by Nina’s Herculean task of locating Charlie virtually on her own. The atmosphere was also a plus, and the way the story was layered and how it unfolded kept me riveted to the pages.

Other than Nina’s tenacity to save her daughter, and the frightening secret lives of teenagers, the book doesn’t really allow the reader much of an opportunity to attach themselves to the characters. The story is not original, by any stretch of the imagination- but for some reason, that missing child/teen trope sucks me in every single time. The pacing is brisk, without sacrificing the suspense, but the book is a little sparse and narrowly focused on Nina’s one-woman show.

Still, it works, for an ‘in the moment’ spot of entertainment. I don’t know if, six months from now, I’ll be able to recall specifics of this book, but overall, it was a thrilling way to pass away a hot, muggy afternoon. 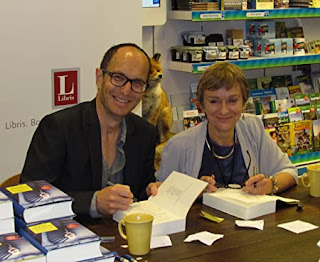