FLASHBACK FRIDAY- In the Blood by Lisa Unger- Feature and Review 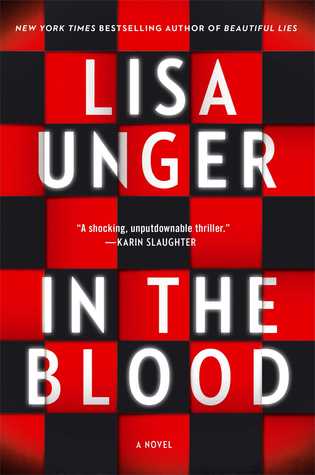 ABOUT THE BOOK:
Liar, liar, pants on fire . . .College senior Lana Granger has told so many lies about her past that the truth seems like a distant, cloudy nightmare. But she meets her match when she begins babysitting for a volatile, manipulative eleven-year-old boy. Soon after Lana takes the job, her close friend Beck mysteriously disappears. Lana instantly begins fabricating stories-to friends, to police, to herself. Why doesn't her account jibe with those of eye-witnesses? Lana will do anything to bury the truth about that night...and about her life. But someone else knows her secrets. And he's dying to tell.
LISTEN TO AN EXCERPT:
MY REVIEW:

In the Blood by Lisa Unger
My rating: 5 of 5 stars

In the Blood by Lisa Unger is a 2014 Gallery Books publication.

Until she takes a job babysitting an eleven-year-old who is too unnervingly clever for his own good. It is quite possible that Lana has finally met her match!

At the same time, Lana’s friend, Beck, has disappeared. Because Lana's statements to the police aren't exactly truthful, and because this is not the first time Lana has been closely associated with a missing person, she might be a prime suspect... Again.

I really like this author, so I always make to sure to get a copy of her latest releases- then, for some reason, I tend to hoard them. I have no idea why I do that, but as a result, I have found several of her books on my reading list that have been languishing on my Kindle for years.

This summer I’m still working through all my various reading lists and Kindle devices, doing a major purge so I can be a more organized reader. Anything by Lisa Unger is obviously going to make the cut, but when I came to this book and had to decide how far up on the list it should go, I noticed it received all kinds of accolades back in 2014.

I was so intrigued, I got to work on this one right away!!

I know this is only June, and I know this book is seven/eight years old- but it might be one of my favorite reads, in the 'Thriller' category, of the year so far.

This is one of those books where the less one says the better. But, if you want a highly unsettling, tightly plotted thriller, with one whale of a twist, this is one you don’t want to miss!!


One word of caution though- you might want to clear your schedule because once you start reading this one, it is impossible to put down!

I turned the last page long after midnight… well past my bedtime- a very rare occurrence for me. 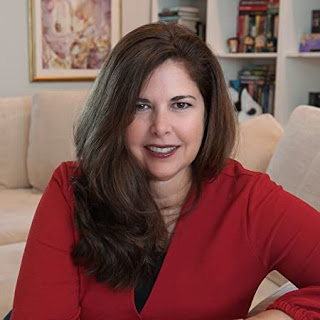 Unger's critically acclaimed books have been named on "Best Book" lists from the Today show, Good Morning America, Entertainment Weekly, People, Amazon, Goodreads, and many others. She has been nominated for, or won, numerous awards including the Hammett Prize, Macavity, Thriller Award, and Goodreads Choice. In 2019, she received two Edgar Award nominations, an honor held by only a few authors, including Agatha Christie. Her writing has appeared in The New York Times, Wall Street Journal, NPR, and Travel+Leisure. She lives on the west coast of Florida with her family.