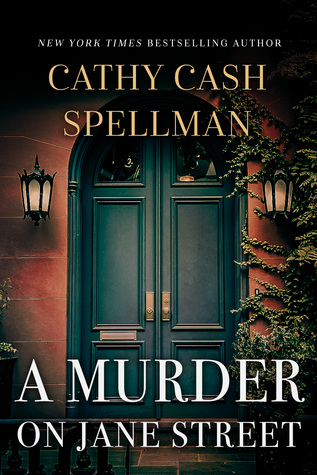 ABOUT THE BOOK:
A brutal murder.
A heinous secret.
A deadly conspiracy.The brutal murder of the little old lady next door puts FitzHugh Donovan on the case. A retired New York City Police Chief, he knows a cover-up when he sees one and his Irish Cop conscience can't let that happen.Now, Fitz, his family and his quirky band of Bleecker Street Irregulars are ensnared in the bizarre secret the woman died to protect.Is this a cold case turned hot again, or an unspeakable conspiracy that could alter the course of history?Fitz doesn't yet know how high the stakes are, that failure isn't an option, and that the little old lady was so much more than she appeared. But he's trying to keep everyone alive long enough to find out.Characters you’ll care about, dark shocking secrets, and disturbing similarities to today’s political scene, will keep you turning pages to an ending you won’t see coming.
MY REVIEW:

A Murder on Jane Street by Cathy Cash Spellman
My rating: 4 of 5 stars

A Murder on Jane Street by Cathy Cash Spellman is a 2019 The Wild Harp & Co. Publication.

Fitzhugh Donovan, a retired NYPD chief, is now a bookstore owner, primarily catering to crime fiction readers. Through this avenue he becomes acquainted with his elderly neighbor. But when the old woman asked Donovan to come to her home, saying she thinks she is in danger, he arrives too late- the woman had already been savagely murdered.

Now he and his family apply all the resources at their disposal, including some unorthodox ones pertaining to psychic intuitions, to find out why anyone would want to kill their neighbor. What they uncover is a shocking discovery that could affect the future power structure of the country and will put the entire Donovan family in extreme danger.

This is a book that has been hanging out on my TBR list for a couple of years. I had forgotten about it until I started culling through my TBR list this year.

Although the synopsis is intriguing, based on the cover and title, I was expecting a standard mystery, with no expectations beyond that. Although I knew the book would remain my list, I felt compelled to read this one sooner, rather than later.

As it turns out, my instincts paid off- but I was still taken by surprise when the plot turned towards a very dark period of history, and reveals a shocking conspiracy that leads right up to the present day.

The plot was strong, dark and highly suspenseful, but the author occasionally added elements that stole some of that intensity. In this case, the paranormal aspects didn't really fit with the story line, and I thought the book would have been better without them.

There were a few times when suspension of believe is called upon, but, other than that, I got a little more from this mystery than I had bargained for. I would love to see this team of sleuths work together again someday!

*Note- I noticed that some folks were categorizing this book as a cozy mystery. I would urge caution if you are a regular reader of that genre, as the only thing constituting such a label is the amateur sleuths.

Other than that one technicality, the plot is darker than most cozies, and there is some references to torture and violence some cozy fans might not be accustomed to.

That said, this is a very good mystery most crime fiction readers will enjoy!
GRAB A COPY HERE:
https://www.amazon.com/Murder-Jane-Street-Cathy-Spellman/dp/0578461390/
https://www.barnesandnoble.com/w/a-murder-on-jane-street-cathy-cash-spellman/1136491309
ABOUT THE AUTHOR: 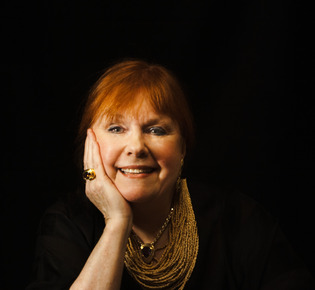 Cathy Cash Spellman is a best-selling author of multiple books that have been on The New York Times Bestseller List and International Bestseller lists, in both hardcover and paperback. Her books have been sold in 22 countries. Bless the Child, starring Kim Basinger and Jimmy Smits, has developed a cult following since it's Paramount release in 2000.