MONDAY'S MUSICAL MOMENT: Do You Feel Like I Do? by Peter Frampton- Feature and Review 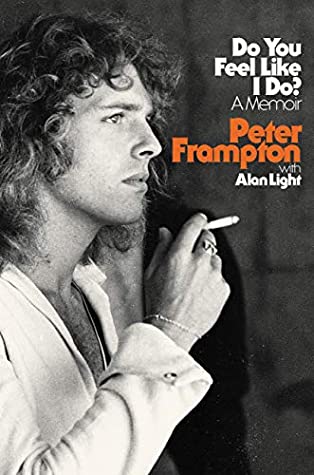 A revelatory memoir by rock icon and legendary guitarist Peter Frampton.Do You Feel Like I Do? is the incredible story of Peter Frampton's positively resilient life and career told in his own words for the first time. His groundbreaking album Frampton Comes Alive! spawned three top-20 singles and sold 8 million copies the year it was released (over 17 million to date) and was inducted into the GRAMMY Hall of Fame in January. Frampton was on a path to stardom from an early age. By 22, he was touring incessantly and making use of the talk box which would become his signature guitar effect. "I started playing music so young that I sometimes feel I've lived more than one lifetime already," says Frampton.The artist shares fascinating stories of his collaborative work and tours with the likes of George Harrison and David Bowie, among others, and reveals both the blessing and curse of Frampton Comes Alive!. And he opens up about becoming the heartthrob and cover boy he never wanted to be, his overcoming substance abuse, and how he's continued to play at the top of his game despite an inflammatory muscle disease.Peppered throughout his narrative is the story of his favorite guitar, which he thought he'd lost in a plane crash in 1980. But in 2011, it mysteriously showed up again - saved from the wreckage. Frampton will tell of that unlikely reunion here in full for the first time, and it is emblematic of his life and career as a legendary artist."This is my journey," Frampton says of the book. "All I ever wanted to do was play guitar and it's taken me many different places - physically and mentally. I've been to the moon and back without a rocket, but also to the depths of despair. You never stop paying your dues. Failure has been my greatest inspiration. I brush myself off and then I want to 'do it again.' Do You Feel Like I Do?"

Do You Feel Like I Do?: A Memoir by Peter Frampton
My rating: 4 of 5 stars

Do you Feel Like I Do? By Peter Frampton is a 2020 Hachette Books publication.

Be still my heart...

Just like millions of other people my age, I had the album… And the poster.

I played that album until the grooves wore out.

Many will say Peter was a victim of his own success. “Frampton Comes Alive’ stayed on the charts for 97 weeks and is still one of the best-selling live albums of all time. 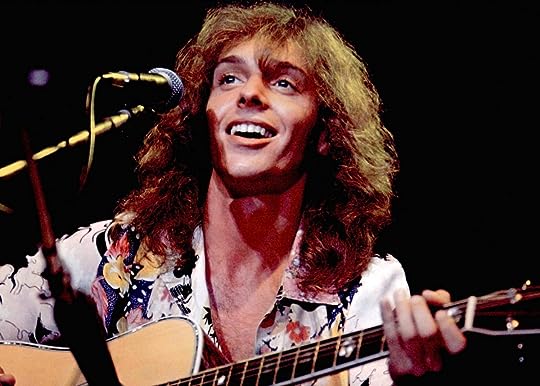 That kind of success is all good and fine until it comes time to follow it up with an equally mind-blowing album. Rarely can such a feat be accomplished, and in my opinion, it is ridiculous to expect lightning to strike twice in a row.

Unfortunately, some image decisions may have kept Frampton from achieving the type of respect from hard rock guitar enthusiasts he deserved.

In fact, despite making it onto some top guitarists list, I still feel his skills are underrated. The guy is phenomenal!!

So, how did Peter rise to such meteoric fame? What happened after he crashed back down to earth?

Peter tells his story with laid back candor, is often self- deprecating, and can be funny and charming too at times.

His story, of course, is a familiar one in some respects, the pitfalls of success, struggles with relationships, management, money, and substances.

Creatively, Frampton was not especially consistent, when it came to releasing new material, but I think he garnered some self-satisfaction with his work, eventually, happy to have produced quality music, despite mediocre sales.

I think that as rock memoirs go, and I’ve read my fair share of them, this is one of the more satisfying ones, at least for me. Sure, all of these memoirs tend to cover the same ground, and often the same formats, but Frampton comes off like a regular guy who just happened to experience some extraordinary events in his life, while mingling with an array of interesting people and multi-talented musicians.

Peter’s approach gives the book an easy- going tone and makes it feel conversational, and not at all like a monologue. While the book is mostly chronological, the flow is not rigid, and Peter often seems to go off script into more of a stream of consciousness, but never veers too far off course.

I do hope that despite Covid robbing musicians of the chance to perform live, at the moment, that Peter’s health will hold steady until it is safe to fully gather again, and that he will be able to enjoy his craft for many years to come. 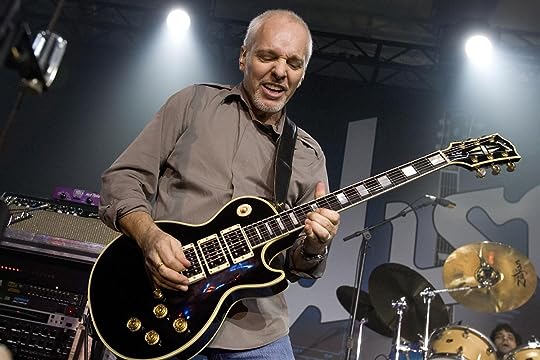 This one is most definitely for the fans, but Peter is so palatable, and upbeat, those less familiar with the artist will find the book interesting and an easy foray into Peter's life and his music.

* I added audio on this one- switching back and forth between reading the text and listening. Both experiences are pleasant, I think Peter did a wonderful job with the narration. 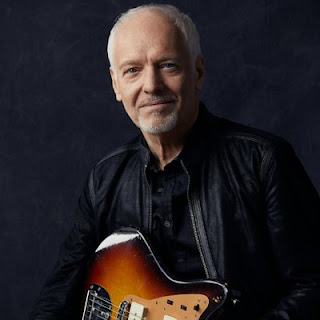 Peter Frampton is an English rock musician, singer, songwriter, producer, and guitarist. His international breakthrough album, the live release Frampton Comes Alive! sold more than 8 million copies in the United States and generated several hit singles. Frampton is known for his work as a guitar player, particularly with a talk box and his voice.
Posted by gpangel at 11:00 PM