Hidden Valley Road: Inside the Mind of an American Family by Robert Kolker- Feature and Review 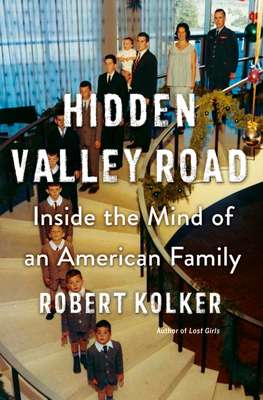 ABOUT THE BOOK:
The heartrending story of a midcentury American family with twelve children, six of them diagnosed with schizophrenia, that became science's great hope in the quest to understand the disease.Don and Mimi Galvin seemed to be living the American dream. After World War II, Don's work with the Air Force brought them to Colorado, where their twelve children perfectly spanned the baby boom: the oldest born in 1945, the youngest in 1965. In those years, there was an established script for a family like the Galvins—aspiration, hard work, upward mobility, domestic harmony—and they worked hard to play their parts. But behind the scenes was a different story: psychological breakdown, sudden shocking violence, hidden abuse. By the mid-1970s, six of the ten Galvin boys, one after another, were diagnosed as schizophrenic. How could all this happen to one family?What took place inside the house on Hidden Valley Road was so extraordinary that the Galvins became one of the first families to be studied by the National Institute of Mental Health. Their story offers a shadow history of the science of schizophrenia, from the era of institutionalization, lobotomy, and the schizophrenogenic mother to the search for genetic markers for the disease, always amid profound disagreements about the nature of the illness itself. And unbeknownst to the Galvins, samples of their DNA informed decades of genetic research that continues today, offering paths to treatment, prediction, and even eradication of the disease for future generations.With clarity and compassion, bestselling and award-winning author Robert Kolker uncovers one family's unforgettable legacy of suffering, love, and hope.
LISTEN TO AN EXCERPT:
MY REVIEW :

Hidden Valley Road: Inside the Mind of an American Family by Robert Kolker
My rating: 4 of 5 stars

Hidden Valley Road: Inside the Mind of an American Family by Robert Kolker is a 2020 Doubleday publication.

This is a hard review to write.

I knew going in the book was bound to be a difficult read, but I had no idea how emotionally draining it would become. I also didn’t realize, until I finally sat down to write this review, how conflicted I would still feel about it…

Don and Mimi Galvin started their family in the mid-forties and continued having children, despite doctor’s orders, until the mid-sixties, eventually adding a total of twelve children to their family. While the size of their family raised eyebrows, they seemed well adjusted- at least on the surface. But, behind closed doors the family was trying to internally cope with an epidemic of mental illness.

Meanwhile, those children who were not afflicted, were left to their own devices, emotionally neglected, and were at times victims of horrific abuse inflicted on them by their mentally ill siblings.

The author alternates the developments in the Galvin family with facts about Schizophrenia and mental illness, the way psychiatry approached it, the medical treatments, genetics and environmental connections through the years. I was amazed by the attitudes about mental illness and the effects of the drugs prescribed to help control the disease, with the side effects greatly reducing the quality of life and leading to an early death at times. I just can’t imagine!

While I agree that the author took a very measured and delicate approach with the family, I still picked up on a distinct narrowing of blame, despite all efforts to avoid it. I think that even now, with all the various avenues of support available, with the push to destigmatize mental illness, there is still a feeling of shame attached to it for many people of a certain era.

In the seventies, mental illness was often handled privately in families, or labeled as some other type of illness, because no one wanted to admit, sometimes not even to themselves, what the true nature of an illness might be. I’m not making excuses for anyone, but some will want to judge this family by today’s standards, which is not entirely fair.

I had to wonder if Mimi also suffered from a form of mental illness herself, or if her ‘magical thinking’, acting as though everything was normal, was a coping mechanism for someone who has lost control of her life, who is watching her children suffer greatly, and is helpless to prevent it. Perhaps her actions were an attempt to hold herself together- because what would happen if she collapsed under the strain?

The only good thing that has come from this terribly painful situation is that the family DNA has been beneficial in the study of this very difficult disease, opening up avenues in understanding genetics, treatment, or maybe even prevention- which gives the reader much needed hope after watching a family endure such incredible pain for so long.

This is an agonizing book to sink oneself into. My heart went out this family. My feelings are all over the place, though. I’m pained by some of the judgments passed, while also understanding why one might feel that way about the Galvin’s. Although, I have to admit, if I had been in Mimi’s shoes, I would have been completely overwhelmed. It sounds unbearable.

I once knew a couple who had four children- one of which has beaten cancer. While the child was in treatment, I could see how hard it was to divide the ratio of time between the sick child and the healthy children. I see that it’s not fair, but I also saw a support system in place, there were people around to pick up the slack, to talk to, to provide counseling, although it’s rarely enough.

I didn’t see that Mimi had much of this kind of support. In fact, she once admitted she had no one to talk to, and frankly her children’s lives were obviously at risk too, as it was so shockingly made clear.

My point being that apparently people are still judging mental illness in a different way, and Mimi wasn't given the help and support she might have if her children had been physically handicapped or ill.

At the same time, Mimi's response to her daughter’s revelations was almost too appalling for me to digest. My brain is still on overload, and I remain very torn on how to feel about this book. I really can’t see how anyone could have a pat answer, though.

It’s a painful story to read, incredible on so many levels, but also one that is compelling, and informative. I’m glad I read the book because it has awakened a desire to learn more about severe mental illness and to better understand the needs of families living with this disease. 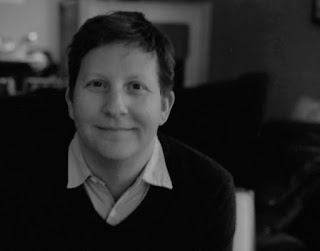 Robert is  the author of Hidden Valley Road: Inside the Mind of an American Family (Doubleday, 2020) and Lost Girls: An Unsolved American Mystery