A Perfect Marriage by Kimberly McCreight- Feature and Review 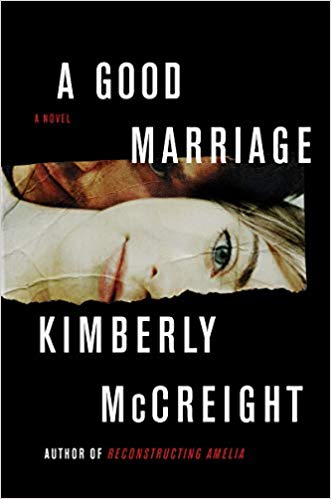 ABOUT THE BOOK:
Big Little Lies meets  Presumed Innocent  in  this riveting novel from the  New York Times  bestselling author of  Reconstructing Amelia, in which a woman’s brutal murder reveals  the perilous compromises some couples make—and the secrets they keep—in order to stay together.Lizzie Kitsakis is working late when she gets the call. Grueling hours are standard at elite law firms like Young & Crane, but they’d be easier to swallow if Lizzie was there voluntarily. Until recently, she’d been a happily underpaid federal prosecutor. That job and her brilliant, devoted husband Sam—she had everything she’d ever wanted. And then, suddenly, it all fell apart. No. That’s a lie. It wasn’t sudden, was it? Long ago the cracks in Lizzie’s marriage had started to show. She was just good at averting her eyes. The last thing Lizzie needs right now is a call from an inmate at Rikers asking for help—even if Zach Grayson is an old friend. But Zach is desperate: his wife, Amanda, has been found dead at the bottom of the stairs in their Brooklyn brownstone. And Zach’s the primary suspect. As Lizzie is drawn into the dark heart of idyllic Park Slope, she learns that Zach and Amanda weren’t what they seemed—and that their friends, a close-knit group of fellow parents at the exclusive Brooklyn Country Day school, might be protecting troubling secrets of their own. In the end, she’s left wondering not only whether her own marriage can be saved, but what it means to have a good marriage in the first place.

A Good Marriage by Kimberly McCreight
My rating: 4 of 5 stars

A Good Marriage by Kimberly McCreight is a 2020 Harper publication.

Lizzie has taken a job with Young & Crane out of necessity after her marriage and finances took a serious hit.

Out of the blue an old friend, Zach Grayson, calls asking for her help. He’s in a bit of a bind after his wife, Amanda, was found dead. Seems he hit a police officer at the scene, and is perhaps the prime suspect in Amanda’s death. Although her firm does not handle criminal cases, Lizzie is given permission to represent Zach- although she’s not exactly thrilled about taking his case.

As Lizzie begins to dig into Amanda’s life, and the affluent enclave she and Zach lived in, she discovers Amanda’s closest friends were into a few unconventional activities, such as open marriages and key parties, for example. Did Amanda participate? Did someone become jealous? What about Amanda’s ambiguous past, or her best friend, Carolyn, a woman no one else has met? And what about Zach? What motive might he have for murdering his wife?

I was expecting the usual domestic thriller set-up with this one, but got a little more than I bargained for. I love Legal Thrillers, and this book has a bit of that included in the story, so that certainly enhanced my enjoyment of this book. The story is also a bit titillating, kind of soapy, but oh so entertaining.

There were a few open- ended threads I would have liked to have been tied up or given a little more explanation- because some avenues seem to just dead end. The exploration of marriage in general, the secrets hidden behind closed doors, the struggles no one else knows about, or the dangerous games people play, was a great backdrop and the way the case intersects with Lizzie’s life was surprising.

Overall, this was a twisty, absorbing, thrill ride- a bit convoluted at times- but I still enjoyed it. This would be a good book to pack in your beach bag this summer! 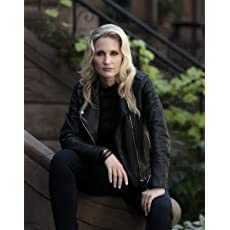