A Knock at Midnight by Brittany K. Barnett - Feature and Review 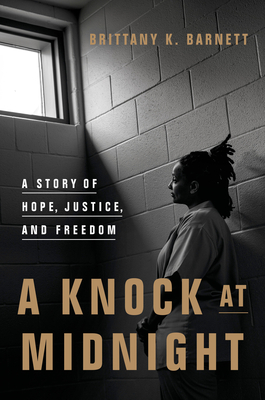 ABOUT THE BOOK:
An inspiring true story about unwavering belief in humanity and an urgent call to free those buried alive by America's unjust legal system--from a gifted young lawyer whose journey marks the emergence of a powerful new voice in the movement to transform the system.Brittany K. Barnett was only a law student when she came across the case that would change her life forever--that of Sharanda Jones, single mother, business owner and, like Brittany, black daughter of the rural South. A victim of America's ruthless and devastating war on drugs, Sharanda had been torn from the arms of her young daughter and was serving a life sentence without parole--all for a first-time drug offense. In Sharanda, Brittany saw haunting echoes of own life, both as the daughter of a formerly incarcerated mother and the one-time girlfriend of an abusive drug dealer. As she studied Sharanda's case, a system slowly came into focus: one where widespread racial injustice forms the core of our country's addiction to incarceration. Moved by Sharanda's plight, Brittany began to work towards her freedom.This had never been the plan. Bright and ambitious, Brittany was already a successful accountant with her sights set on a high-powered future in corporate law. But Sharanda's case opened the door to a harrowing journey through the criminal justice system, in which people could be locked up for life under misguided appeals for law and order. Driven by the realization that her clients' fates could have easily been her own, Brittany soon found herself on a quest to unlock the human potential of those our society has forgotten how to see. Living a double life, she moved billion dollar corporate deals by day, and by night worked pro bono to free Sharanda and others in near-impossible legal battles. Ultimately, her journey transformed her understanding of injustice in the courts, of genius languishing behind bars, and the very definition of freedom itself. A Knock at Midnight is Brittany's riveting, inspirational memoir, at once a coming-of-age story and a powerful evocation of what it takes to bring hope and justice to a system built to resist both at every turn.
LISTEN TO AN EXERPT:

A Knock at Midnight: A Story of Hope, Justice, and Freedom by Brittany K. Barnett
My rating: 5 of 5 stars

A Knock at Midnight by Brittany K. Barnett is a 2020 Crown publishing group publication.

A Compulsory and eye-opening memoir!

Brittany K. Barnett writes a compelling memoir chronicling her journey to combat injustice. She had her own personal hurdles to jump over, but her experiences prepared her to accept her true calling.

Brittany Barnett’s personal experiences aided her when she began digging around in the criminal legal process. Her own mother had a serious drug addiction and spent two years in prison. But, when Brittany begins to look closely at the case of Sharanda Jones, it becomes obvious the punishment far exceeded the crime.

From there, Brittany, in her determination to help Jones, is met with a massive brick wall, disappointments and setbacks. Eventually, with her options running out, she turns to the Obama Administration’s clemency initiative for help.

Sharanda’s case is not the only case Brittany worked on. In fact, she is so dedicated to the cause, and the need so great, for someone like her to champion for people serving life sentences for lesser, non-violent drug offenses, she eventually left the corporate world to dedicate herself to fighting injustice. 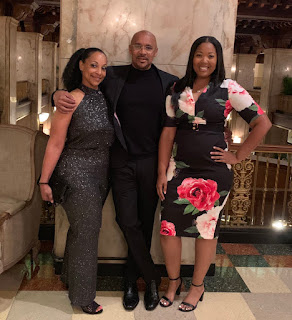 While the draconian sentences, the criminal legal process, and mass incarceration could easily break one’s spirit, Brittany’s Pro-Bono work is focused on the victories, on the promise of hope. While she certainly gives readers an up close and personal view at the system’s failures, outlining its flaws passionately, she doesn't veer off into preachy pulpit pounding, and shows respect for those forced to work within the system as it is.

The balance between sharing her personal life and professional life is perhaps too intertwined for one to get a better read on Brittany as a private citizen, which is too bad, as she strikes me as a person one might want to get to know better.

Other than this one small regret, I highly recommend this book. It is educational, heartbreaking, inspirational and hopeful! 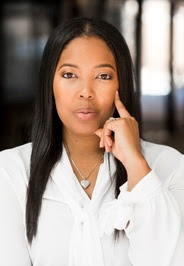 Brittany K. Barnett is an award-winning attorney and entrepreneur focused on social impact investing. She is dedicated to transforming the criminal justice system and has won freedom for numerous people serving fundamental death sentences for federal drug offenses – including seven clients who received executive clemency from President Barack Obama. Brittany is founder of several nonprofits and social enterprises, including the Buried Alive Project, Girls Embracing Mothers, XVI Capital Partners, and Milena Reign LLC. She has earned many honors, including being named one of America’s most Outstanding Young Lawyers by the American Bar Association.