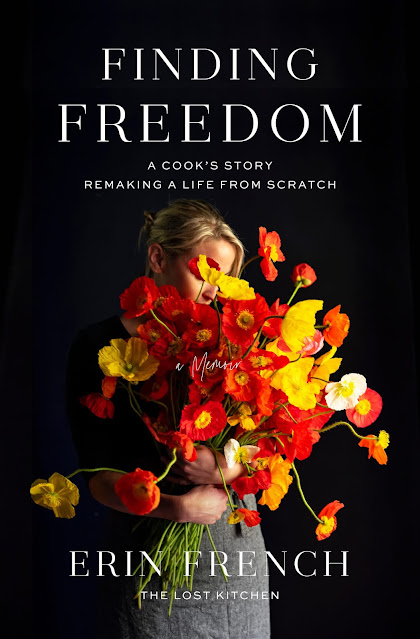 From Erin French, owner and chef of the critically acclaimed The Lost Kitchen, a TIME world dining destination, a life-affirming memoir about survival, renewal, and finding a community to lift her upLong before The Lost Kitchen became a world dining destination with every seating filled the day the reservation book opens each spring, Erin French was a girl roaming barefoot on a 25-acre farm, a teenager falling in love with food while working the line at her dad's diner and a young woman finding her calling as a professional chef at her tiny restaurant tucked into a 19th century mill. This singular memoir--a classic American story--invites readers to Erin's corner of her beloved Maine to share the real person behind the "girl from Freedom" fairytale, and the not-so-picture-perfect struggles that have taken every ounce of her strength to overcome, and that make Erin's life triumphant.In Finding Freedom, Erin opens up to the challenges, stumbles, and victories that have led her to the exact place she was ever meant to be, telling stories of multiple rock-bottoms, of darkness and anxiety, of survival as a jobless single mother, of pills that promised release but delivered addiction, of a man who seemed to offer salvation but in the end ripped away her very sense of self. And of the beautiful son who was her guiding light as she slowly rebuilt her personal and culinary life around the solace she found in food--as a source of comfort, a sense of place, as a way of bringing goodness into the world. Erin's experiences with deep loss and abiding hope, told with both honesty and humor, will resonate with women everywhere who are determined to find their voices, create community, grow stronger and discover their best-selves despite seemingly impossible odds. Set against the backdrop of rural Maine and its lushly intense, bountiful seasons, Erin reveals the passion and courage needed to invent oneself anew, and the poignant, timeless connections between food and generosity, renewal and freedom.

Finding Freedom: A Cook's Story; Remaking a Life from Scratch by Erin French
My rating: 4 of 5 stars

Finding Freedom: A Cook’s Story; Remaking a life from Scratch by Erin French is a 2021 Celadon Books publication.

An inspiring story of success!

In this memoir, Erin French shares her life journey in an honest, emotionally raw voice. Her upbringing, her family dynamics, her first marriage, her lonely and extremely difficult battle with depression and substance abuse, hitting rock bottom and clawing her way back up to become a successful restaurant owner is often harrowing to read about, but rewarding in the end.

The Lost Kitchen is located in Freedom, Maine, which makes the title of the book a nice play on words. Freedom is a tiny little town, but the restaurant is known as a ‘dining destination’. Erin, and her restaurant, have been noticed and featured in the NYT and Martha Stewart Living, and Erin has shared her story on NPR’s “All Things Considered” and more.

Her journey to this point has been fraught with many roadblocks, mistakes, and challenges, but Erin dug deep to find the tenacity to turn her life around and the courage to grab her dream and make it come true.

Anytime I see someone work their up from rock bottom, having lost virtually everything, to reclaim their lives again, I find much hope and inspiration in their determination to fight back.

From a personal standpoint, Erin didn’t exactly make a good first impression. She got off on my bad side almost immediately by offending my religious beliefs. Although I bristled, I was able to shake it off and read the book with an open mind and by using my critical thinking cap.

I am glad I stayed with the book. Erin's battles with depression is especially grim, and her pain, literally jumps off the page. My heart went out to her, but I was also impressed by her strength and her love for her son, which inspired her fight to win.

It is good to see someone pull themselves back from the brink to find professional victory, and personal stability as well.

I’m happy Erin's talents are being recognized and sincerely hope she continues to enjoy much success and prosperity.

While I live a long way from Maine, I'll keep an eye out for more great reviews and features about Erin and her The Lost Kitchen. 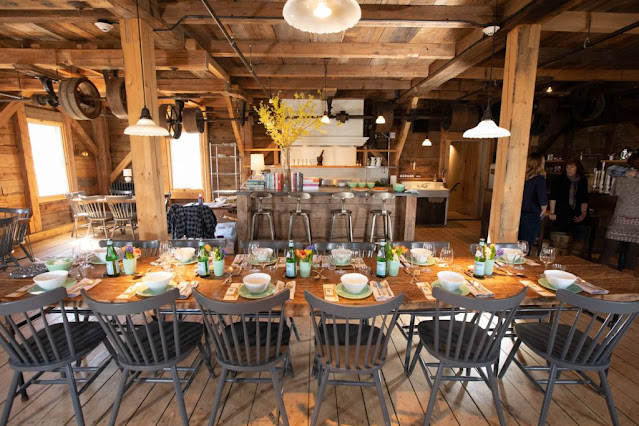 THE LOST KITCHEN -FREEDOM, MAINE
ABOUT THE AUTHOR: 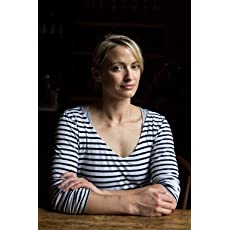 Erin French is the owner and chef of The Lost Kitchen, a 40-seat restaurant in Freedom, Maine, that was recently named one TIME Magazine's World's Greatest Places and one of "12 Restaurants Worth Traveling Across the World to Experience" by Bloomberg. A born-and-raised native of Maine, she learned early the simple pleasures of thoughtful food and the importance of gathering for a meal. Her love of sharing Maine and its delicious heritage with curious dinner guests and new friends alike has garnered attention in outlets such as The New York Times (her piece was one of the ten most read articles in the food section the year it was published), Martha Stewart Living, Wall Street Journal, Boston Globe, and Food & Wine. She has been invited to share her story on NPR's All Things Considered, The Chew, CBS This Morning, and The Today Show. Erin was featured in a short film made by Tastemade in partnership with L. L. Bean, which won a James Beard Award, and The Lost Kitchen Cookbook has been named one of the best cookbooks by The Washington Post, Vogue.com, and Remodelista and was nominated for a James Beard Foundation Award.