A California Christmas by Brenda Novak- Feature and Review 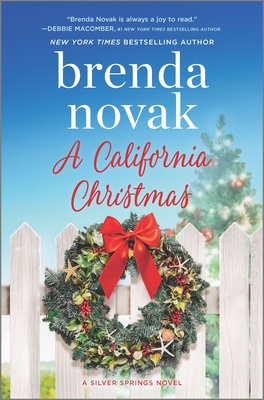 Up-and-coming TV anchor Emery Bliss can’t imagine anything more humiliating than the sex tape her ex revenge-posted online. That is, until it causes her to lose her job on top of her self-esteem. Seeking solace—and anonymity—in Silver Springs, Emery isn’t looking to get involved with another man anytime soon. But when she’s thrown back into contact with Dallas Turner, she sees something that his many detractors have missed.Being home for the holidays and his adoptive mother’s wedding isn’t where mountain climber Dallas feels most comfortable. Thanks to his troubled childhood, he’d rather be on a rock face alone than trying to connect with people. Emery, however, makes him want to overcome his past…somehow.Both Emery and Dallas had been planning on a quiet, solitary Christmas, but the sparks between them are lighting a fire strong enough to last—possibly forever.

A California Christmas by Brenda Novak
My rating: 4 of 5 stars

A California Christmas by Brenda Novak is a 2020 MIRA publication.

Emery, a news anchor in Los Angeles, and her colleague, Ethan, embark on a relationship, defying the contract they signed, stating co-workers are not allowed to date.

When Emery decides to break things off, Ethan, obsessed and angry, uploads a sex tape online, one Emery had no idea even existed.

When Aiyana’s family begins to trickle in for Christmas and Aiyana's wedding, Emery gets reacquainted with Dallas, one of Aiyana's adopted sons.

Dallas is a rock climber, haunted by his tragic past. Although the pair were classmates, they never got to know each other- but now, there’s an undeniable chemistry between them.

Obviously, neither of them is in a place to even think about relationships. That doesn’t mean they can’t help one another through some difficult times, though, right?

Southern California at Christmas – okay, not the cold, snowy climate, we often expect in holiday themed novels, but the Christmas spirit is just as strong, and important no matter where you live or what the weather is like. In fact, I thought the idea of setting a holiday story in sunny California was a great idea!

The characters each have heavy issues to face. Emery is almost paralyzed by her predicament, her ex is making her life miserable, and her parents are going through a contentious divorce. Dallas is coping with a guilt so consuming he can’t live life to its fullest, much less entertain the idea of falling in love and being happy with Emery.

I enjoyed watching the two face their fears, accept the path their lives have taken, seeing them give themselves permission to open their hearts to hope and love.

While the book does take place during the holidays, and Christmas is mentioned periodically, as with other Christmas books I’ve read this year, it is definitely not a prominent theme.

As I’ve said before, the bright side of that is the book can be read anytime of the year, but I’m still on the hunt for that emotional, warm, fuzzy, heartwarming tale fully centered on the holiday featured in the title and on the cover. I think I may have to hunt down some older books to find what I’m craving.

Despite that, I really enjoyed the story and liked the premise, location, and the characters, and of course the touching love story. For those who noticed this is a part of a series, I have not read the previous installments and it didn’t hamper my enjoyment of the book at all- but did make me want to catch up with series someday. 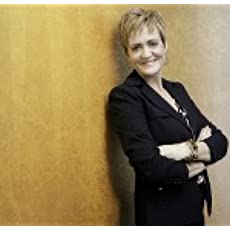 Brenda and her husband, Ted, live in Sacramento and are proud parents of five children--three girls and two boys. When she's not spending time with her family or writing, Brenda is usually raising funds for diabetes research (her youngest son has this disease). So far, Brenda has raised $2.6 million!
Posted by gpangel at 11:00 PM