The Two Mrs. Carlyles by Suzanne Rindell- Feature and Review 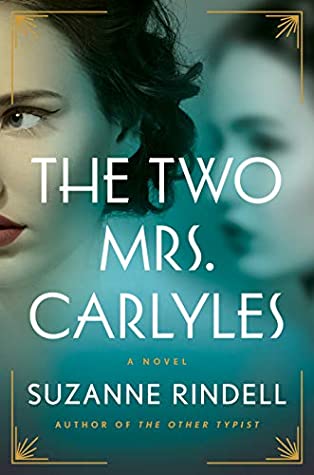 A suspenseful and page-turning descent into obsession, love, and murder in the wake of San Francisco's most deadly earthquake--and Suzanne Rindell's most haunting novel since her acclaimed debut The Other Typist

Which wife holds the darker secret?San Francisco, 1906. Violet is one of three people grateful for the destruction of the big earthquake. It leaves her and her two best friends unexpectedly wealthy--if the secret that binds them together stays buried beneath the rubble. Fearing discovery, the women strike out on their own, and orphaned, wallflower Violet reinvents herself.When a whirlwind romance with the city's most eligible widower, Harry Carlyle, lands her in a luxurious mansion as the second Mrs. Carlyle, it seems like her dreams of happiness and love have come true. But all is not right in the Carlyle home, and Violet soon finds herself trapped by the lingering specter of the first Mrs. Carlyle, and by the inescapable secrets of her own violent history.
LISTEN TO AN EXCERPT:
MY REVIEW:

The Two Mrs. Carlyles by Suzanne Rindell
My rating: 4 of 5 stars

The Two Mrs. Carlyles by Suzanne Rindell is a 2020 G.P. Putnam’s Sons publication.

After meeting at an orphanage, Violet, Flossie and Cora seize on a mysteriously opportune moment to run away. They find work at a ‘boarding house’, in the red -light district, where the two older girls work in a dance hall, while Violet, who is only fourteen, works in the kitchen. But it looks like Violet could soon be forced out of the kitchen, to become the next ‘dancing girl’ recruit.

But, as bizarre as it sounds, the girls are saved by the 1906 San Francisco earthquake, where in the aftermath, they come away with a tidy sum of money that secures their independence. However, the circumstances dictate they go their separate ways.

Violet begins working as a shop girl, where she meets the wealthy and mysterious, Harry Carlyle- a widower with a few secrets of his own. When she is finally reunited with her old friends, they are stunned to learn she is in a relationship with Harry, whom she eventually marries.

On the surface, it would seem Violet leads a charmed life, but behind the mansion walls, Violet finds herself at odds with Miss Weber, the woman in charge of running the household, and locked into a strange competition with Harry’s first wife. When odd occurrences begin taking place, Violet begins to think the house is trying to force her out- a notion, Miss Weber encourages, while Harry refuses to discuss it.

The air is already thick with tension when the unimaginable happens and suddenly Violet finds herself unable to trust a single soul… nor can the reader- not even Violet!!

Anyone who loves the heavily dramatic atmosphere of old historical Gothic novels, but can also tolerate a large amount of genre bending, will appreciate the tone of this novel. This story is best classified in the encompassing category of historical fiction, but there’s a little romance, a lot of mystery and suspense, as well as a hint of the paranormal, while also heavily leaning on classic Gothic tropes.

It is a twisty story, and the author did a great job with the pacing and timing, and with creating a creepy, tense atmosphere. Unfortunately, it was almost overkill at times, especially as the tropes used here are quite familiar, and very recognizable, even to the most casual Gothic reader. One can’t avoid the comparisons to Du Maurier, but the author also borrows from the Bronte’s, among others. It is a little too transparent and overboard on that front, which caused the story to very nearly unravel a time or time in the second half of the book.

That said, as a huge fan of classic Gothics, historical fiction, and mysteries, I couldn’t help but enjoy this book!! I thought it captured the spirit of the time and place, plus it kept me guessing and engaged, all wrapped up in Violet’s saga, wondering how everything would eventually turn out.
Overall, despite an occasional warble, this is a solid Gothic mystery- a great read for this time of year!
GRAB A COPY HERE:
https://www.amazon.com/gp/product/B07ZY7BRBQ/
https://www.amazon.com/The-Two-Mrs-Carlyles/dp/B087Y1FB3W/ 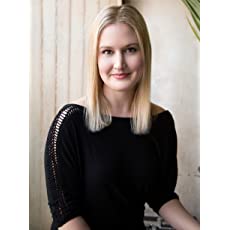 Suzanne Rindell earned her PhD in English literature from Rice University. She is the author of the historical mysteries THE TWO MRS. CARLYLES (2020), EAGLE & CRANE (2018), THREE-MARTINI LUNCH (2016) and THE OTHER TYPIST (2013). THE OTHER TYPIST has been translated into 17 languages and optioned for TV by Fox Searchlight Pictures, Keira Knightley, and Hulu.Visit her at suzannerindell.com
Posted by gpangel at 11:00 PM