Life and Other Inconveniences by Kristan Higgins - Feature and Review 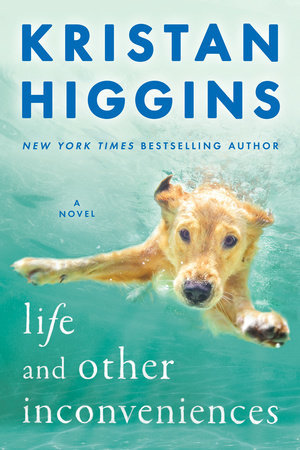 Emma London never thought she had anything in common with her grandmother Genevieve London. The regal old woman came from wealthy and bluest-blood New England stock, but that didn’t protect her from life’s cruelest blows: the disappearance of Genevieve’s young son, followed by the premature death of her husband. But Genevieve rose from those ashes of grief and built a fashion empire that was respected the world over, even when it meant neglecting her other son.When Emma’s own mother died, her father abandoned her on his mother’s doorstep. Genevieve took Emma in and reluctantly raised her–until Emma got pregnant her senior year of high school. Genevieve kicked her out with nothing but the clothes on her back…but Emma took with her the most important London possession: the strength not just to survive but to thrive. And indeed, Emma has built a wonderful life for herself and her teenage daughter, Riley.So what is Emma to do when Genevieve does the one thing Emma never expected of her and, after not speaking to her for nearly two decades, calls and asks for help?

Life and Other Inconveniences by Kristan Higgins
My rating: 4 of 5 stars

Life and Other Inconveniences by Kristan Higgins is a 2019 Berkley publication.

A Touching and entertaining story!

Genevieve is facing a challenge that, for once, money can not fix. She calls her estranged granddaughter, Emma, explaining her situation, and demands she return home.

After decades of not speaking to each other, Emma is having none of it. But when Emma’s teenage daughter, Riley, hits a rough patch, she decides a change of scenery might do her good.

To that end, Emma returns home to face the woman who kicked her out when she needed her most, to make peace with her past- and maybe to carve out a different future for herself and Riley in the process.

This is just the kind of story I needed, at just the right time. To put it into context- I am severely behind on my reviews, and the truth is, I read this book a couple of months ago.

I needed a story that had depth and humor, and punched all the right emotional buttons, without being too heavy and this book fit the bill perfectly!!

I was immediately drawn in by Emma and Riley as a mother and daughter team, then found myself more charmed, and impressed by Riley, who was able to penetrate the barriers between her mother and Genevieve, becoming something of a gentle go between, or moderator, unlocking the doors of communication resulting in a little more understanding of the other person’s position.

While the novel explores important issues, such as bullying and paternal roles- regret, acceptance, grief, and forgiveness are the core themes of the novel.

There are many thought provoking elements here, but despite some weighty topics, Higgins keeps the tone on the lighter side. The passages between Riley and Genevieve are some of the most revealing, poignant and funny parts in the book.

The romantic elements are also light and realistic, with plenty of charm and chemistry, but mostly runs in the background for much of the novel.

While I have enjoyed Kristan Higgins work in the past, for some reason her novels tend to languish on my TBR list for ages, despite my best intentions.

I really need to work on that!!

Other than a bit of strong language, here and there, I think this is a book anyone could enjoy! 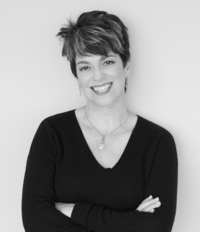 Kristan Higgins is the New York Times, USA TODAY, Wall Street Journal and Publishers Weekly bestselling author of 19 novels, which have been translated into more than two dozen languages and sold millions of copies worldwide. Her books have received dozens of awards and accolades, including starred reviews from Kirkus, The New York Journal of Books, Publishers Weekly, Library Journal , People and Booklist. Her books regularly appear on the lists for best novels of the year. Kristan is also a cohost of the Crappy Friends podcast, which discusses the often complex dynamics of female friendships, with her friend and fellow writer, Joss Dey.The proud descendant of a butcher and a laundress, Kristan lives in Connecticut with her heroic firefighter husband. They own several badly behaved pets and are often visited by their entertaining and long-lashed children.