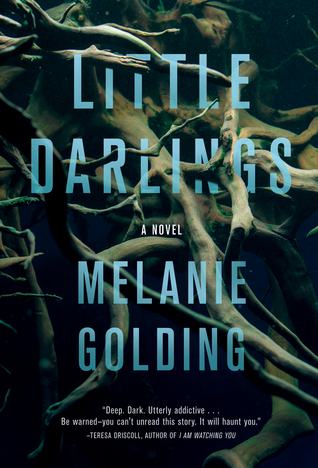 “Mother knows best” takes on a sinister new meaning in this unsettling thriller perfect for fans of Neil Gaiman and Grimms’ Fairy Tales.Everyone says Lauren Tranter is exhausted, that she needs rest. And they’re right; with newborn twins, Morgan and Riley, she’s never been more tired in her life. But she knows what she saw: that night, in her hospital room, a woman tried to take her babies and replace them with her own…creatures. Yet when the police arrived, they saw no one. Everyone, from her doctor to her husband, thinks she’s imagining things.A month passes. And one bright summer morning, the babies disappear from Lauren’s side in a park. But when they’re found, something is different about them. The infants look like Morgan and Riley―to everyone else. But to Lauren, something is off. As everyone around her celebrates their return, Lauren begins to scream, These are not my babies.Determined to bring her true infant sons home, Lauren will risk the unthinkable. But if she’s wrong about what she saw…she’ll be making the biggest mistake of her life.Compulsive, creepy, and inspired by some our darkest fairy tales, Little Darlings will have you checking―and rechecking―your own little ones. Just to be sure. Just to be safe.
LISTEN TO AN EXCERPT:
MY REVIEW:

Little Darlings by Melanie Golding
My rating: 4 of 5 stars

Little Darlings by Melanie Golding is a 2019 Crooked Lane publication.

Lauren is understandably exhausted after giving birth to twins, but enough to imagine she saw a woman enter her hospital room and attempt to swap out her babies? Lauren insists someone is out to steal her twins, but the only person who is giving her the benefit of the doubt is Joanna Harper, the officer who responded to Lauren’s initial emergency call.

Then, just as Lauren is starting to feel confident about going out again her babies are abducted, just has she’d feared. Although they are quickly recovered, Lauren has a horrifying reaction, insisting the babies aren’t hers, which promptly lands her in an institution.

As Jo investigates the odd goings on, she makes some interesting discoveries about Lauren’s husband, some lurid folklore tales about twins, and a shockingly similar case that took place decades earlier...

This book was super-hot amongst some of my friends on social media last year. I’d been dying to see what all the fuss was about, but as I was still doing a lot of assigned work at that time the book slid down my TBR list and off my radar. I don’t think I realized the novel had such a strong paranormal tone, thinking it was more of a psychological thriller. As it turns out the novel is adept at genre bending- mixing suspense and mystery with supernatural elements, while painting a vivid portrait of the willing sacrifices parents will make in order to protect or save their children.

It’s an interesting mashup, and it works spectacularly. If all horror novels were like this one, I’d read this genre more often.

I liked Joanna, but occasionally her personal thoughts and relationship woes didn’t really interest me, or add anything much to the story. All her fretting about her feelings slowed down the momentum, occasionally breaking the carefully woven spell. Jo had some far more interesting event in her past that could have been explored more deeply. I didn't think her character was given enough depth, where there was some big potential there.

Other than that, this is a super tense story, very eerie and atmospheric, and despite the slightly disappointing and ambiguous conclusion, it left me with a lingering feeling of poignancy long after the final page was turned. 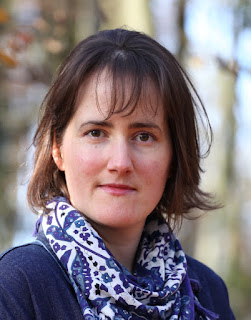 Melanie Golding is a graduate of the MA in creative writing program at Bath Spa University, with distinction. She has been employed in many occupations including farm hand, factory worker, childminder and music teacher. Throughout all this, because and in spite of it, there was always the writing. In recent years she has won and been shortlisted in several local and national short story competitions. Little Darlings is her first novel, and has been optioned for screen by Free Range Films, the team behind the adaptation of My Cousin Rachel.
Posted by gpangel at 11:30 PM