The Sea of Lost Girls by Carol Goodman- Feature and Review 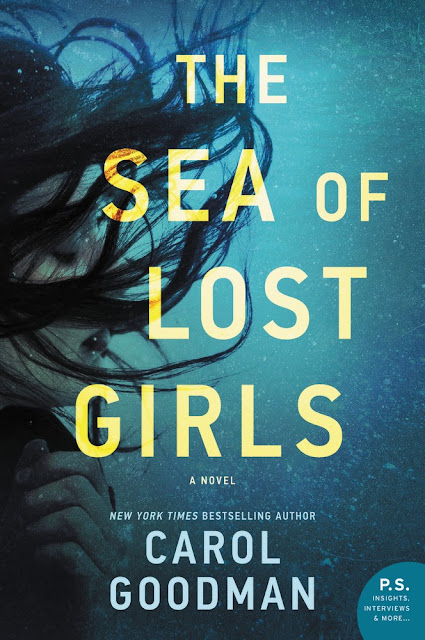 A story set in a prestigious prep school in which one woman’s carefully hidden past might destroy her future.
Tess has worked hard to keep her past buried, where it belongs. Now she’s the wife to a respected professor at an elite boarding school, where she also teaches. Her seventeen-year-old son, Rudy, whose dark moods and complicated behavior she’s long worried about, seems to be thriving: he has a lead role in the school play and a smart and ambitious girlfriend. Tess tries not to think about the mistakes she made eighteen years ago, and mostly, she succeeds.
And then one more morning she gets a text at 2:50 AM: it’s Rudy, asking for help. When Tess picks him up she finds him drenched and shivering, with a dark stain on his sweatshirt. Four hours later, Tess gets a phone call from the Haywood school headmistress: Lila Zeller, Rudy’s girlfriend, has been found dead on the beach, not far from where Tess found Rudy just hours before.
As the investigation into Lila’s death escalates, Tess finds her family attacked on all sides. What first seemed like a tragic accidental death is turning into something far more sinister, and not only is Tess’s son a suspect but her husband is a person of interest too. But Lila’s death isn’t the first blemish on Haywood’s record, and the more Tess learns about Haywood’s fabled history, the more she realizes that not all skeletons will stay safely locked in the closet.

The Sea of Lost Girls by Carol Goodman
My rating: 4 of 5 stars

The Sea of Lost Girls by Carol Goodman is a 2020 William Morrow publication.

After surviving a painful past, Tess married a professor at prestigious boarding school, where she also teaches. Her troubled teenage son, Rudy, seems to be enjoying a period of stability until his girlfriend, Lila is found dead.

Rudy instantly becomes a prime suspect. However, the police are also interested in speaking with Tess's husband, believing he might also have a motive to kill Lila.

If that weren't bad enough, it would appear this is not the first time a female student has died at Haywood.

Tess soon finds herself walking a tightrope, trying to keep her past buried, and protect her son and husband, and staying one step ahead of law enforcement and their probing questions.

Tess is soon caught up in a vicious cat and mouse game as the walls start closing in on her.

This is a taut novel of suspense with some nice twists that kept me invested in the story. There were a few minor lags here and there, but for the most part the story maintains a brooding sense of foreboding from start to finish.

Tess is a great narrator, a terrific character whose strengths win out over her fear and vulnerabilities.

Overall, this was an addicting novel I had a hard time putting down. Now that I have my first Carol Goodman novel under my belt, I am looking forward to reading more of her books! 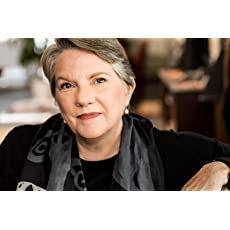 Carol Goodman graduated from Vassar College, where she majored in Latin. After teaching Latin for several years, she studied for an MFA in Fiction. She is the author of twenty novels, including The Lake of Dead Languages and The Seduction of Water, which won the 2003 Hammett Prize, and, under the pseudonym Juliet Dark, The Demon Lover, which Booklist named a top ten science fiction/fantasy book for 2012. Her YA novel, Blythewood, was named a best young adult novel by the American Library Association. Her 2017 suspense thriller The Widow's House won the Mary Higgins Clark Award. Her books have been translated into sixteen languages. She lives in the Hudson Valley with her family, and teaches writing and literature at The New School and SUNY New Paltz.
Posted by gpangel at 1:00 AM