A Death in the Family by Tessa Wegert- Feature and Review 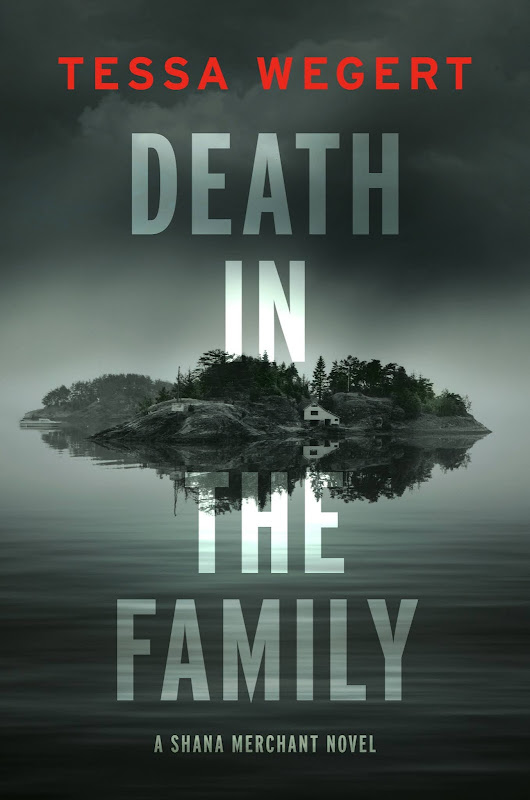 ABOUT THE BOOK:
A storm-struck island. A blood-soaked bed. A missing man. Senior Investigator Shana Merchant believes it all adds up to a killer in their midst—and that murder is a family affair.Thirteen months ago, former NYPD detective Shana Merchant barely survived being abducted by a serial killer. Now hoping to leave grisly murder cases behind, she's taken a job in her fiancé's sleepy hometown in the Thousand Islands region of Upstate New York.But as a nor'easter bears down on her new territory, Shana and fellow investigator Tim Wellington receive a call about a man missing on a private island. Shana and Tim travel to the isolated island owned by the wealthy Sinclair family to question the witnesses. They arrive to find blood on the scene and a house full of Sinclair family and friends on edge.While Tim guesses they're dealing with a runaway case, Shana is convinced that they have a murder on their hands. As the gale intensifies outside, she starts conducting interviews and discovers the Sinclairs and their guests are crawling with dark and dangerous secrets.Trapped on the island by the raging storm with only Tim whose reliability is thrown into question, the increasingly restless suspects, and her own trauma-fueled flashbacks for company, Shana will have to trust the one person her abduction destroyed her faith in—herself. But time is ticking down, because if Shana's right, a killer is in their midst and as the pressure mounts, so do the odds that they'll strike again.
READ AN EXCERPT:
MY REVIEW:

Death in the Family by Tessa Wegert
My rating: 5 of 5 stars

A Death in the Family by Tessa Wegert is a 2020 Berkley publication.

The premise for this novel sounded good- just the kind of mystery I like. But I was in for a huge surprise when this book turned out to be one of my favorite mysteries of the year so far!

Shana Merchant has moved to upstate New York, to her fiance’s hometown, after a traumatic close call with a serial killer, while working as a detective with the NYPD.

Now working in a smaller territory, with her partner, Tim Wellington, a call comes in that a man has gone missing on a private island. Upon arrival, Shana and Tim find blood on the scene and are welcomed by the wealthy and nervous, Sinclair family. Yet, Tim is not really alarmed, suspecting a runaway case. But Shana thinks there is something far more sinister going on and that the Sinclair family may have a lot to answer for.

As Shauna works to uncover the truth, she also begins to face some hard truths in her own life...


It was a dark and stormy night...

No, this setup never grows old for me. As a pure mystery lover, locked room mysteries are my favorite- if they are done right.

Despite the comparisons to Agatha Christie, which are hard to ignore, this book is much edgier and atmospheric. Once I started it, I did not want to put in down. Everyone is a suspect- and I do mean everyone- which means the only person Shauna can depend on is herself. But, after her experience in New York, her confidence has taken a huge hit.

Even Shauna's fiance is less than supportive or encouraging, continually pushing for her dependence on him, rather than on herself, planting seeds of doubt. But she must rise to the occasion, and I enjoyed watching her character development, becoming stronger and wiser, while gradually revealing a complexity that was not evident at first.

The pacing is spot on, the suspense taut, and guessing game works the way a great mystery should- by keeping me guessing and on my toes! A few surprise revelations don't hurt either- and this book just happens to have a nice little last minute addition that will leave you wanting more, and eagerly anticipating the next book in the series!! 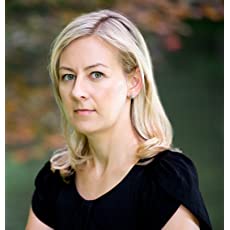 Tessa Wegert is a freelance writer whose work has appeared in Forbes, The Huffington Post, Adweek, and The Economist. She grew up in Quebec near the border of Vermont and now lives with her family in Connecticut. Tessa writes mysteries set in Upstate New York while studying martial arts and dance. DEATH IN THE FAMILY is her first novel.
Posted by gpangel at 11:00 PM