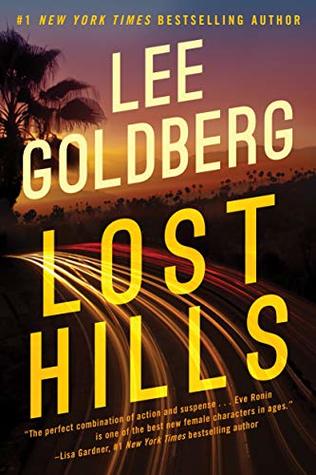 ABOUT THE BOOK:
A detective’s brutal first case could make or break her career in an exhilarating thriller by #1 New York Times bestselling author Lee Goldberg.
A video of Deputy Eve Ronin’s off-duty arrest of an abusive movie star goes viral, turning her into a popular hero at a time when the Los Angeles County Sheriff’s Department is plagued by scandal. The sheriff, desperate for more positive press, makes Eve the youngest female homicide detective in the department’s history.
Now Eve, with a lot to learn and resented by her colleagues, has to justify her new badge. Her chance comes when she and her burned-out, soon-to-retire partner are called to the blood-splattered home of a missing single mother and her two kids. The horrific carnage screams multiple murder—but there are no corpses.
Eve has to rely on her instincts and tenacity to find the bodies and capture the vicious killer, all while battling her own insecurities and mounting pressure from the media, her bosses, and the bereaved family. It’s a deadly ordeal that will either prove her skills…or totally destroy her.

Lost Hills by Lee Goldberg
My rating: 4 of 5 stars

Lost Hills by Lee Goldberg is a 2020 Thomas & Mercer publication.

This new series is off to an impressive start!

Eve Ronin has leveraged the viral YouTube video of her off duty arrest of a famous Hollywood actor into a promotion to robbery/homicide. Everyone knows that, although she might be capable, her promotion was mainly police department cosmetics, and her colleagues don’t bother trying to hide their resentment towards her.

Eve is partnered with a jaded, worn out, veteran detective about to retire. Her first case brings her to a home saturated in blood- but the occupants- a mother and her two children, and the family dog, are nowhere to be found.

As Eve doggedly pursues leads, slowly building her case, she must also contend with her mother’s constant criticisms and aspirations, while wildfires rage in the background.

I’ve read this author’s books for years, but mostly his lighter fare. So, this book came as a bit of a surprise.

This is a dark, gritty police procedural which captured the essence of California, which hides a seedy underbelly behind it’s glamorous façade. The story is realistic and very graphic, so be aware- there is blood- buckets of it!

Eve is a great protagonist, though, and I instantly like her. Her inexperience causes her problems, but she’s tenacious, and determined to prove herself, despite her self-doubt. I think she could become a huge fan favorite in the crime fiction category.

Overall, Goldberg has ramped up the ordinary police procedural by mingling vivid scenery with realistic crime procedures and well-drawn characters, along with a tension filled, edge of your seat conclusion. Looking forward to Eve's next case!

*This book is available with your Kindle Unlimited Subscription- with audio. I switched back and forth between reading on my Kindle and listening to the book on my echo device. The audio is very well done too- so if you have KU or subscribe to Audible,  be sure to give the audio a try 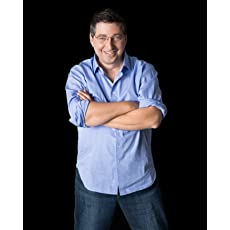 #1 New York Times Bestselling author Lee Goldberg is a two-time Edgar Award and two-time Shamus Award nominee whose many TV writing and/or producing credits include "Martial Law," "SeaQuest," "Diagnosis Murder,""Hunter," "Spenser: For Hire," "Nero Wolfe," "Missing." "Monk" and "The Glades." He's also the co-author of the Fox & O'Hare series with Janet Evanovich (The Heist, The Chase, The Job, The Scam, The Pursuit etc), "The Walk," "Watch Me Die," "King City," the "Dead Man" series, as well as the "Diagnosis Murder" and "Monk" series of original mystery novels.
Posted by gpangel at 1:00 AM