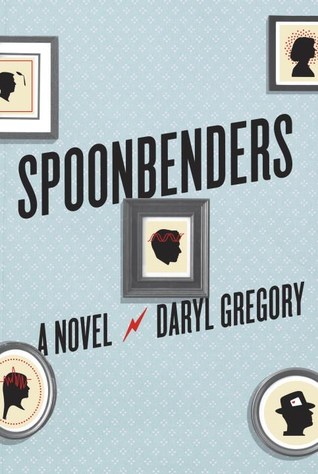 A generations-spanning family of psychics--both blessed and burdened by their abilities--must use their powers to save themselves from the CIA, the local mafia, and a skeptic hell-bent on discrediting them in this hilarious, tender, magical novel about the invisible forces that bind us.
The Telemachus family is known for performing inexplicable feats on talk shows and late-night television. Teddy, a master , heads up a clan who possess gifts he only fakes: there's Maureen, who can astral project; Irene, the human lie detector; Frankie, gifted with telekinesis; and Buddy, the clairvoyant. But when, one night, the magic fails to materialize, the family withdraws to they live in shame for years. Until: As they find themselves facing a troika of threats (CIA, , unrelenting skeptic), Matty, grandson of the family patriarch, discovers a bit of the old Telemachus magic in himself. Now, they must put past obstacles behind them and unite like never before. But will it be enough to bring The Amazing Telemachus Family back to its amazing life?

by Daryl Gregory
My rating: 4 of 5 stars

by Daryl Gregory is a 2017 Knopf publication.


This book was a real treat for me! It’s eccentric, hilarious, a madcap family saga, and a thoroughly entertaining fantasy.

I am showing my age here, but I do remember stage shows during the 1970’s where people performed variations of telekinesis, such as bending spoons with their minds. I had forgotten all about these stage/magic shows until I saw the title of this book and I knew I had to read it.


This story is centered around ‘The Amazing Telemachus family’, featuring Teddy Telemachus, the family patriarch, who is, in truth, a con artist. But, his wife, Maureen, is the real deal. She really is psychic and their children have inherited her paranormal abilities. Irene can tell if someone is lying or telling the truth, Frankie can move objects with his mind, and Buddy can see the future.

The family stage act was amazing indeed, until they were outed as frauds on the ‘Mike Douglas Show’.
From there the family tragically spiraled into relative obscurity. 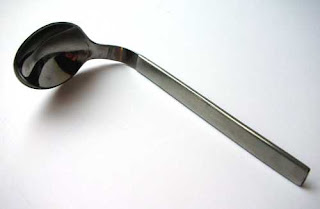 The book is set in 1995, where we find that Maureen has passed on at a tragically young age, Teddy is still running his tried and true scams, Irene is a divorced single mother who has moved back into her family home with her son, Matty, and Frankie is married with three daughters. , Buddy, seems to have lost his sanity, constantly beginning a project, but never finishing it, and is pretty much . No one seems to know quite what he’s up to.

Employing the use of flashbacks, we learn how Teddy and Maureen met, and how the government became aware of her unique gifts, why she decided to work with them, the profound affect her life and death had on her children, and how their unusual abilities shaped them into the adults they became.

Matty becomes a central character in the story as he is seemingly the one grandchild who has inherited his family’s paranormal gifts. He is the one who needs to discover his family history, especially that of his grandmother, and must be protected from government employees who would like to use his abilities to their advantage.

In one way, this is Matty’s coming of age story, but it is mostly a family saga, which spans over three generations.

I loved the nostalgia this story brought back. The seventies, The Mike Douglas Show, the hardcore fascination with psychic phenomenon and ESP and so on, but the nineties! OMG! AOL disc, online chat rooms, Gateway computers and VHS tapes- no- I can’t say I miss any of those things, but it was fun to have a book set in this decade.


This family is not exactly role model material. They have trouble with the mob, run cons, and curse up a blue streak sometimes, and many other quirky flaws and general strangeness.

‘Once a man had committed emotionally to the con, it was near impossible to claw his way back to objectivity.”

At the heart of the story is the emerging connection between Maureen, who, although she’s been gone for many years, still communicates with Teddy, via letters that arrive in blue envelopes, and her grandson, Matty.

The author did an amazing job of building a charming and fantastical story around connecting time frames and family generations.

I rarely say anything about content, mainly because we are dealing with art and context, but I couldn’t help but think how much broader the reach such a book might have if not for the language used. It wasn’t necessary, in my opinion, and took away from the story’s charisma.

There were a few other questionable scenes, but with just a small tweak here or there, this book really could have a mass appeal, for young or old alike.

Besides this one complaint, I thought the characters are very well constructed, believable, and although quite dysfunctional, I liked them, warts and all.

There are a few poignant moments, a little romance, and some hilarious antics and dialogue, a little mystery and suspense, plenty of action and adventure, and lots and lots of intrigue, mingling with the paranormal whimsy I found myself completely wrapped up in.

“The thing about skeletons was, you never knew how much space they were taking up in the closet until you got rid of them.”

The plot may appear to ramble down various dead -end paths, making one wonder where all this is leading, but amazingly, the threads all converge into one huge grand finale that really did feel like pure magic.

Overall, this is an offbeat, but utterly charming and delightful tale. Even if you don’t normally indulge in the paranormal or fantasy genres, I think the deeper implications will resonate, and before long you just might find yourself as enchanted by it as I was. 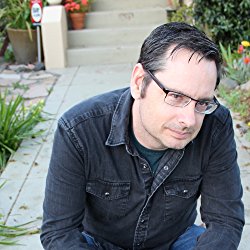 Daryl Gregory is an award-winning writer of genre-mixing novels, stories, and comics. His latest novel, SPOONBENDERS, about a down-on-their-luck family with psychic powers, was published by Knopf in June, 2017, and is being developed for television by Paramount and Anonymous Content.