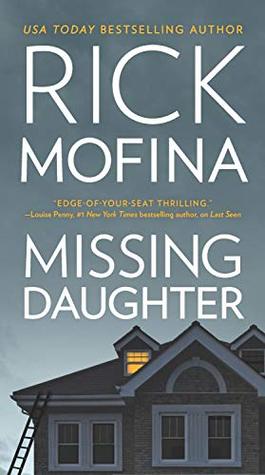 Families with nothing to hide don’t have so many secrets
Life can change in an instant. For Ryan and Karen Lane, it happens on the morning they discover their twelve-year-old daughter’s window open, their beloved Maddie missing from her bed.
Police investigate. Suspicions swirl. A teenage boy admits he was outside her bedroom window the night she disappeared. A halfway house for convicts recently opened in the neighborhood. The Lane family is thrown into turmoil, then detectives turn their sights on them.
No one is ruled out. Not Karen, with her tragic past, who argued with her daughter. Not Ryan, with his violent streak. Not Maddie’s thirteen-year-old brother, Tyler, who heard voices in her room the night she vanished.
Days, weeks, months, then agonizing years go by without answers, the Lanes fearing that Maddie is gone forever…until a stunning twist shocks everyone, plunging the family deeper into a world of buried secrets whose revelations threaten the very foundation of their lives.

Missing Daughter by Rick Mofina
My rating: 4 of 5 stars

Missing Daughter by Rick Mofina is a 2019 MIRA publication.

I’m trying to get back to some of my pre-pandemic reading goals, one of which was to sample work from authors I have never read before. Rick Mofina is a name I’ve seen circulating amongst my Goodreads friends in the mystery/thriller category for a long while. I have a handful of his books on my Kindle, but I never have gotten around to reading any of them.

I was drawn to the title of this one because, although missing person’s cases are hardly original, there is something so utterly unsettling about someone simply vanishing into thin air, it sucks me in every time.

This book was no exception. When twelve-year-old Maddie disappears during the night, swift suspicion falls on her family:

Her mother, Karen has a tragic past, and a newly contentious relationship with her daughter. Ryan, her father, who is occasionally hot-headed and is under a lot of strain, and her older brother, Tyler, who claims to have heard voices in her room the night she disappeared.

The investigation, like most missing persons cases, is hot in the beginning, but it eventually goes cold. Years pass. Then a staggering turn of events stuns everyone…

Suddenly, shocking secrets float to the surface. Will these revelations finally lead to the truth about Maddie’s disappearance?

This turned out to be a fantastic novel of suspense, complimented by terrific characterizations, and even, well-timed pacing. It held my attention from start to finish, not only with the guessing game, but with the realistic depictions of police interrogations and the emotional strain of a family stuck in a never- ending nightmare. It’s an emotional and absorbing novel, with some huge surprises I ever could have seen coming.

Overall, I am pleased with my first impression of this author and am glad I finally got around to reading one of his books. It goes without saying, I will be reading more of them in the future. 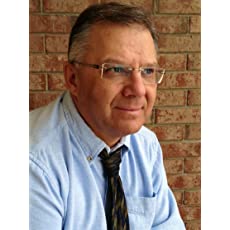 Rick Mofina is a former journalist who has interviewed murderers on death row in Montana and Texas, flown over L.A. with the LAPD and patrolled with the Royal Canadian Mounted Police near the Arctic. He's also reported from the Caribbean, Africa and Kuwait's border with Iraq. His true-crime freelance work has appeared in The New York Times, The Telegraph (London, U.K.), Reader’s Digest, Penthouse, Marie Claire and The South China Morning Post, (Hong Kong). He has written more than 20 crime fiction thrillers that have been published in nearly 30 countries.
Posted by gpangel at 1:00 AM