A Town Called Malice by Adam Abramowitz- Feature and Review 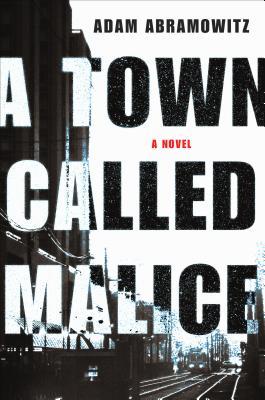 A bike messenger navigates Boston's gritty underworld of gangsters and blood money in this novel with more twists and turns than Boston's streets, in Adam Abramowitz's A Town Called Malice.
Boston's fastest-talking, baddest bike messenger Zesty Meyers is back in town...Bosstown.
Boston's Big Dig has put a brand new shine on the city, its once insular neighborhoods awash with new money and runaway development. Not everybody is happy with the change. Zesty is struggling to keep his courier business afloat and is falling behind on rent, while his brother, Zero, owner of a moving company stocked with ex-cons has hired an unemployed rabbi who begins to exert a strange influence on the family and delivers most of his sermons with his fists.
When a rock and roll legend suspected of murdering his girlfriend reappears after thirty years on the run, Zesty is once again haunted by his family's dark past and the mounting evidence that his father, Boston's former Poker King now suffering from Alzheimer's, has long been dealing from the bottom of the deck. From shady bars to college campus underground poker leagues, Zesty's speeding toward trouble, desperately trying to map out a future in a town where stop signs are optional, signaling is for the weak and Karma lurks around every corner with payback on its mind.

A Town Called Malice by Adam Abramowitz
My rating: 4 of 5 stars

A Town Called Malice by Adam Abramowitz is a 2019 Thomas Dunne Books publication.

I do not recall how this book came to my attention because I added it to my TBR pile a long time ago, but whoever pointed me in this direction is owed my gratitude.

Set in Boston, the story follows Zesty, a bicycle messenger trying to stay afloat, and come to terms with his father’s Alzheimer’s disease, while his brother Zero, owns a moving company packed with dubious employees.

But, Zesty’s life becomes even more complicated when a former rock star, who was the prime suspect in his girlfriend’s disappearance and probable murder, suddenly resurfaces. The situation drags Zesty’s father into the equation and points uncomfortable fingers in his direction. Did his father have something to do with the girl's death?

Meanwhile, Zesty gets caught up in another case in which a college student may have gotten in over his head with the Russian mob. This leads Zesty to forge a relationship with a cop on suspension, and an attractive reporter who could be in the direct line of fire.

Although this story is a little busy at times, and the construction is a bit off kilter, I found this to be a very engrossing mystery. The author did a terrific job of giving the city of Boston a prominent role, while developing a zany cast of characters, featuring Zesty as an unlikely, and unconventional hero.

The pacing is quick and packed with sharp, witty dialogue. The novel examines the fallout of gentrification and class divisions in Boston, while building a gritty, but also stylish crime story. Zesty’s funny sarcasm, coupled with his poignant monologues, which examines his conflicting relationship with his father, makes him an undeniably likeable character.

I thought the various threads all came together nicely in the end. There were a few surprises and twists I didn’t see coming, but what I liked best was the redemptive aspects, which might have been the most rewarding part of solving the mystery.

Apparently, this book is a follow up novel to Boomtown, which I haven’t read. But this book worked just fine as a stand-alone- Although I am definitely interested in finding a copy of the first installment and I do hope we'll have the pleasure of meeting up with Zesty Meyers again someday.

Overall, despite some unevenness, I thought this was an impressive, slightly offbeat, but quite enjoyable crime drama.

Adam Abramowitz grew up in Allston and Boston's South End working as a courier, bartender, doorman and long-time mover at Nick's Cheap and Friendly Moving Company. A graduate of the University of Massachusetts Boston, Adam currently teaches in Mount Vernon, New York. 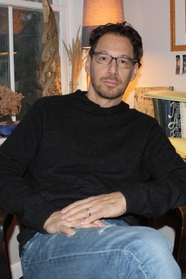