When He Finds You by Sadie Ryan- Feature and Review 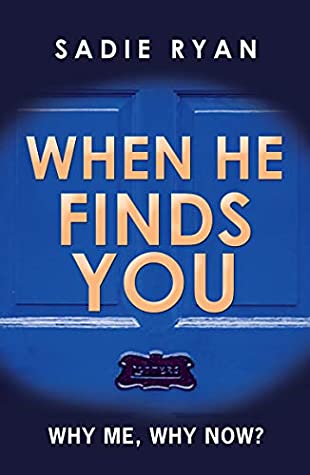 “Her life was in danger and she didn’t know it. He felt a thrill just knowing that simple thing”
Gemma’s business is on the brink of collapse, and there’s a real chance that she and her husband could lose everything they’ve worked so hard for.
So when a stranger offers financial help, Gemma ignores the red flags and accepts out of desperation. The condition? Just companionship – that’s all the stranger wants. Surely a small price to pay to get her life back?
But when things seem too good to be true, it’s often because they are – and soon Gemma finds herself being dragged so far into a twisted, dangerous world that she might never surface again

When He Finds You by Sadie Ryan
My rating: 4 of 5 stars

Gemma and her husband, Oliver, discover a close friend embezzled all their money, sending them into a spiral of financial ruin.

Yet, Gemma and Oliver have an incredibly strong marriage and have vowed to stick together through thick and thin. But, when Gemma is approached by someone offering her a way out of all her troubles, she gives into temptation and accepts the offer. However, in so doing, she will have to lie and keep things from her husband, something she's never done before. Still, if she can get them out of a bind, it will have been worth it.

But, as her new ‘boss’ begins to infiltrate her life, threatening to expose their arrangement to her husband, Gemma slowly realizes that she’s not only losing everything she worked hard to build and putting her marriage in danger, she is also in serious danger…

When we are desperate or in a state of panic, we often make very poor decisions. We can rationalize and lie to ourselves to justify our choices. While I did question Gemma’s naïve jump down the rabbit hole, her desire to get her old life back and find the man responsible for her predicament, could have allowed her to believe in the terms her 'boss' outlined for her. If it seems too good to be true- it probably is, right?

Admittedly, one may be required to suspend belief on occasion, but, be patient, because another layer of the plot will unfold, which explores vendettas and themes of retribution in various forms.

This is not a traditional thriller of mystery, really, in my opinion. The author doesn't stick to the familiar outlines or tropes, for the most part. There is no guessing game here, as we know up front who the bad guy is. We even learn, eventually, what his motives are, and who is in danger and why. Not only that, most of the characters, save for one, are also aware of what is going on.

The suspense comes in the form a cat and mouse game that could end in any number of ways. There are some twists, some more transparent than others, but the ending was a bit of a surprise to me. It didn’t wrap up quite the way I expected it to, but it was satisfying in its own way.

Overall, this an interesting spin on the classic tale of revenge with a healthy dose of karma thrown in for good measure. 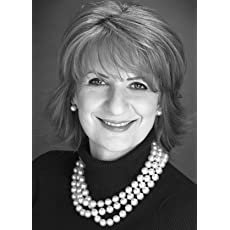 Sadie Ryan is an author who loves animals and lives in leafy Cheshire in the North West of England. She has completed two psychological suspense/domestic noir novels. Her debut novel, Behind Closed Doors, was snapped up by publishers Ruby Fiction and is due to be published May 2019. When asked where she gets her ideas from, she says, 'From observation, inspiration and lots of wicked thoughts.'
Behind Closed Doors - Those moments in life you never see coming.
Posted by gpangel at 1:00 AM