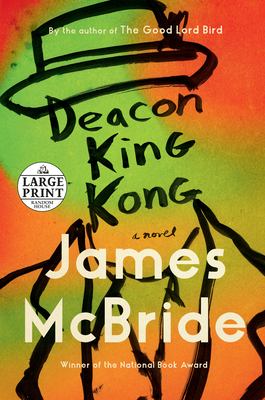 From James McBride, author of the National Book Award-winning The Good Lord Bird, one of the most anticipated novels of the year: a wise and witty tale about what happens to the witnesses of a shooting.

In September 1969, a fumbling, cranky old church deacon known as Sportcoat shuffles into the courtyard of the Cause Houses housing project in south Brooklyn, pulls a38 from his pocket, and in front of everybody shoots the project's drug dealer at point-blank range.

The reasons for this desperate burst of violence and the consequences that spring from it lie at the heart of Deacon King Kong, James McBride's funny, moving novel and his first since his National Book Award-winning The Good Lord Bird. In Deacon King Kong, McBride brings to vivid life the people affected by the shooting: the victim, the African-American and residents who witnessed it, the white neighbors, the local cops assigned to investigate, the members of the Five Ends Baptist Church where Sportcoat was , the neighborhood's Italian mobsters, and Sportcoat himself.

As the story deepens, it becomes clear that the lives of the characters--caught in the tumultuous swirl of 1960s New York--overlap in unexpected ways. When the truth does emerge, McBride shows us that not all secrets are meant to be hidden, that the best way to grow is to face change without fear, and that the seeds of love lie in hope and compassion.

Bringing to these pages both his masterly storytelling skills and his abiding faith in humanity, James McBride has written a novel every bit as involving as The Good Lord Bird and as emotionally honest as The Color of Water. Told with insight and wit, Deacon King Kong demonstrates that love and faith live in all of us.

Deacon King Kong by James McBride
My rating: 4 of 5 stars

Set in 1969 Brooklyn, the story starts off with a literal bang when an elderly church deacon, known as ‘Sportcoat’, shoots Deems Clemens, a drug dealer, in front of the Cause houses housing project, with no shortage of witnesses.

, may have been the deacon of The Five Ends Baptist Church for years, but he is also a long-time alcoholic, whose beverage of choice is a homemade hooch called King Kong. While his health has suffered, more so now that his wife, Hettie, has died, no one seems to know why Sportcoat shot Deems. However, the fallout connects a group of people from vastly different walks of life, from police officers, to members of the Italian mob, in a very surprising way.

I must say, I was very impressed with this novel!! It’s unique and packed with humor. There’s a zany satirical quality the story and it’s just enormous! There is a huge cast of characters, which is normally a deal breaker for me. But, in this case, I miraculously had no problem keeping up with the characters. There is a lot going on, however, and while not always as cohesive as I needed it to be, it all somehow comes together beautifully.

There is a treasure hunt, a mystery, and a surprising romance, all rolled into an atmospheric and timely crime drama, as different drug factions war it out, all wanting a piece of the pie, while Sportcoat, who has no memory of shooting Deems, has a price on his head.

McBride masterfully weaves the threads together, connecting the characters in one way or another. While the humor stands out, so does the poignant portrait of loneliness and sorrow. Yet, at the end of the day the strong emphasis on faith, church, and the importance of community, gives this novel a stylish warm glow.

Overall, this is a unique piece of historical fictionwhich covers a lot of ground with a magnificent deliverance. There is some anger here, but its presentation is mild, and the crime elements are far from graphic. While it is a little bittersweet, with a few moments of melancholy, it is mostly an affable, gentle story that left me with an enormous respect for McBride’s talent as a writer. 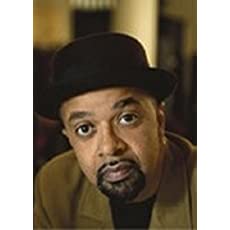 James McBride is the author of the award-winning New York Times bestseller, The Color of Water. A former reporter for The Washington Post and People magazine, McBride holds a Masters degree in journalism from Columbia University and a B.A. Oberlin College.
Posted by gpangel at 1:00 AM