MONDAY'S MUSICAL MOMENTS-Songs of America: Patriotism, Protest, and the Music that Made a Nation by John Meacham and Tim McGraw- Feature and Review 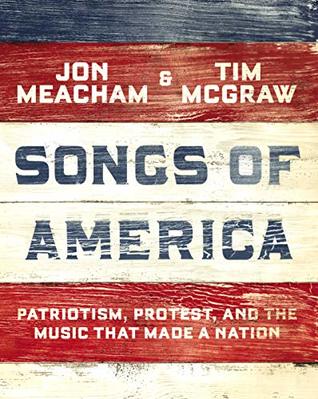 A celebration of America and the music that inspired people and illuminated eras, from the Revolutionary War to the present, by Pulitzer Prize winner Jon Meacham and Grammy winner Tim McGraw.

From "The Star Spangled Banner" to "Born in the U.S.A.," Jon Meacham and Tim McGraw take us on a journey through the eras and the music that helped to shape a nation. Meacham writes a celebration of the history and of the eras, and McGraw reflects on these songs as an artist and performer. Beginning with the battle hymns of the Revolution, and taking us through songs from the defining events of the Civil War, the two World Wars, the Great Depression, the Civil Rights movement, the Vietnam War, into the twenty-first century, Meacham and McGraw explore the songs that defined generations and the cultural and political climates that made them. The songs of America remind us where we've been, who we are—and what we can be.

Songs of America: Patriotism, Protest, and the Music That Made a Nation by Jon Meacham
My rating: 4 of 5 stars

Songs of America: Patriotism, Protest, and the Music that Made a Nation by Jon Meacham and Tim McGraw is a 2019 Random House publication.

I love reading books about music history. Naturally, this book piqued my curiosity, but I had no idea what to expect from it.

At first it was a little dry, but as we marched on through history, it got more interesting. There are so many great songs that reflect the feelings of more than one side of any given situation.

The book highlights the fact that there have been many times when our nation seemed more polarized than others, and there have always been two sides to any given situation. The songs showcased in this book reflect the various opinions of Americans all throughout our history.

Rarely ever were we all in agreement. Some voices overpowered others for a long time, but there have always been both patriotic songs and songs of protest- and yes, they can be both.

Music is an expression of emotion- ranging from pride to fear, from suffering to triumph. I thought the parallels were interesting and the history is very thought-provoking. Just as an example- the book examines Lee Greenwood’s massive hit- “God Bless the USA” alongside Bruce Springsteen’s "Born in the USA".

Lee Greenwood’s song is very patriotic, focusing on the promise and dreams of a country open to all, while Springsteen sings of broken promises and unfulfilled dreams. As the book points out- neither song is wholly right or wholly wrong- it’s a matter of perspective. But, no matter what your point of view, or unique circumstances- it’s still our country- we are all in this together.

You will recognize most of these songs, some are more obscure, but they all have a message- some we may no longer agree with- while others will always stand the test of time. I enjoyed the history, loved the two distinct voices- John’s and Tim’s- each bringing their own brand of expertise to the book.

I switched back and forth between reading the e- book version and listening to the audio version on Scribd. If possible- I recommend both print/digital and audio. The book has photographs you will want to see, and the audio adds some pizazz to the book, with an occasional bit of music playing in the background, plus Jon Meacham has a great speaking voice. For those who may be wondering- Tim McGraw does not sing on the audio version. LOL!

Also, be aware, there are few curious issues with the book. Some areas get a lot of attention, while others are hurriedly skimmed over. I’m not sure why that was, but it could have been a little more comprehensive in some places and lighted up in others. In other words, it sometimes lacked an appropriate balance.

There are probably many other songs that could have been highlighted, but this is not a ‘list’ book and there did seem to be a prominent theme, which was to highlight the various voices, with varying opinions, and how they expressed their plight through music.

For anyone who might be wondering about the tunes or melodies of these songs, there are many resources online, or maybe at your local library, to satisfy your curiosity on that front.

Overall, this was an interesting book with lots of rich history and inspiration. The patriotic and protest anthems are not as common now, but I’m thinking that instead of wasting time on vitriolic expressions on social media, we should consider utilizing the power of song, which has often brought us together in one voice, to express ourselves more meaningfully and productively, through verse and music. 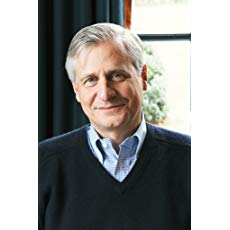 Jon Meacham is a Pulitzer biographer. The author of the New York Times bestsellers Thomas Jefferson: The Art of Power, American Lion: Andrew Jackson in the White House, Franklin and Winston, and Destiny and Power: The American Odyssey of George Herbert Walker Bush, he is a distinguished visiting professor at Vanderbilt University, a contributing writer for The New York Times Book Review, and a fellow of the Society of American Historians. Meacham lives in Nashville with his wife and children. 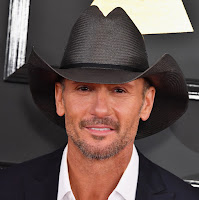 Tim McGraw is an American country singer whose albums and singles the music charts, making him one of the genre's most popular artists. Married to singer Faith Hill, his hit songs include "Indian Outlaw," "Don't Take the Girl," "I Like It, I Love It" and "Live Like You Were Dying."
Posted by gpangel at 1:00 AM