FLASHBACK FRIDAY: Poinciana by Phyllis A. Whitney- Feature and Review 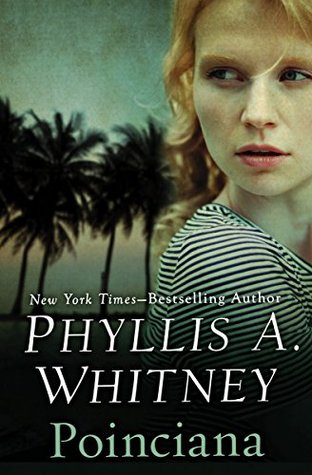 On the Florida coastline stands Poinciana, the Logan family’s fabulous mansion. Inside its storied walls are the two most prized possessions of patriarch Ross Logan: his invaluable collection of Oriental art and, even more priceless, his new bride, Sharon. When Ross proposed, it seemed Sharon’s dreams had come true and her tragic past was at last behind her. Now she’d be safe and find happiness, a family, and a home as the wife of one of America’s wealthiest and most celebrated oil and banking magnates.

But upon her arrival at the sprawling Palm Beach estate, Sharon can’t ignore the strange undercurrents of hostility emanating from everyone who resides at Poinciana—from Ross’s principal assistant to his reckless and resentful daughter from a previous marriage to his strange and guarded mother, who has isolated herself in a cottage on the grounds. And when Sharon starts asking questions about the Logan family history, even Ross turns from a dynamic and to a dark and silent menace. As secret after secret is revealed, Sharon begins to doubt her sanity—and safety—in this isolated house of strangers.

Poinciana by Phyllis A. Whitney
My rating: 4 of 5 stars

Poinciana by Phyllis A. Whitney is a 2017 Open Road Media publication. Originally published in 1980)

A solid, classic Gothic mystery from one of the best writers in the genre

This story is centered around Sharon, a young woman who lost both of her parents in a tragic accident. Shortly thereafter, she marries Ross, an old friend of her parents, who is considerably older.

Ross soon installs his new bride in Poinciana, his Florida estate, where she receives a rather chilly reception from Ross’s business associates. From there, Sharon must contend with Ross’s petulant, willful and resentful daughter, and his ex-wife, who gleefully keep Sharon off -balance.

The suspense builds as Ross becomes increasingly cold and controlling and Sharon discovers some shocking secrets Ross initially withheld from her. As the tension mounts, Sharon feels more and more isolated, as it becomes clear that someone is trying to drive her away from the estate…


This book reminded me of how much I enjoy reading Phyllis Whitney’s novels. Whitney published more than seventy books over the course of her career, so there are still many of her novels I have never read- and this was one of them.

The Gothic themes Whitney is famous for are all present and accounted for, as is her signature style of writing, which employs a slower, tantalizing pace that keeps readers on the edge of their seats waiting for the shock they know is coming- but that blindsides them all the same.

Sure enough, this story has a few huge twists I didn’t see coming and the atmosphere is relentlessly thick with tension. I was completely immersed in the story and even stayed up a little late a couple of nights unwilling to put the book down.

That said, there are a few things modern readers should know- and maybe long-time fans should be reminded of:

This book was published many years ago, and the style of writing reflects that. Sharon is a much more innocent, sheltered character than we encounter today, and I’m not sure how contemporary readers will feel about the age difference between Ross and Sharon. The pacing is not as brisk as we are accustomed to now, but in my opinion, that is part of why these stories are so suspenseful. However, despite the slight dated quality of the novel, it is still quite effective.

It also struck me, when I had finished reading the book, that the story was also very refreshing. The book only has a little mild language, and while it is very intense in some places, the violence isn’t graphic, and of course the very mild romance is chaste in the extreme. The story was just as suspenseful, creepy and enjoyable without all the sexual content, F-bombs, (or worse), and violent accoutrements.

Overall, this was a nice change of pace for me and I’m happy to have another Phyllis Whitney novel under my belt. I wish I could find the time to read more of these older books! 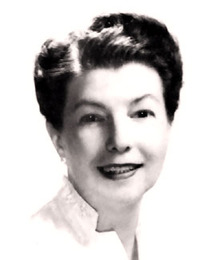 Phyllis Ayame Whitney (1903 – 2008) was an American mystery writer. Rare for her genre, she wrote mysteries for both the juvenile and the adult markets, many of which feature exotic locations. A review in The New York Times once dubbed her "The Queen of the American Gothics".

She was born in Japan to American parents and spent her early years in Asia. Whitney wrote more than seventy novels. 1961, her book The Mystery of the Haunted Pool won an Edgar Award from the Mystery Writers of America for Best Juvenile novel, and she duplicated the honor in 1964, for The Mystery of the Hidden Hand. In 1988, the MWA gave her a Grand Master Award for lifetime achievement. Whitney died of pneumonia on February 8, 2008, aged 104.