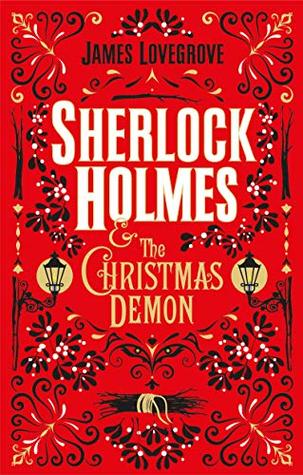 The new Sherlock Holmes novel from the New York Times bestselling author of The Age of Odin and Firefly - Big Damn Hero.
It is 1890, and in the days before Christmas Sherlock Holmes and Dr John Watson are visited at Baker Street by a new client. Eve Allerthorpe - eldest daughter of a grand but somewhat eccentric Yorkshire-based dynasty - is greatly distressed, as she believes she is being haunted by a demonic Christmas spirit.
Her late mother told her terrifying tales of the sinister Black Thurrick, and Eve is sure that she has seen the creature from her bedroom window. What is more, she has begun to receive mysterious parcels of birch twigs, the Black Thurrick's calling card...
Eve stands to inherit a fortune if she is sound in mind, but it seems that something - or someone - is threatening her sanity. Holmes and Watson travel to the Allerthorpe family seat at Fellscar Keep to investigate, but soon discover that there is more to the case than at first appeared. There is another spirit haunting the family, and when a member of the household is found dead, the companions that no one is beyond suspicion.

Sherlock Holmes & the Christmas Demon by James Lovegrove
My rating: 4 of 5 stars

Sherlock Holmes and the Christmas Demon by James Lovegrove is a 2019 Titan publication.

I have not read any of the previous Holmes & Watson mysteries written by James Lovegrove. I was a little wary about a new Sherlock Holmes mystery, written by someone other than Sir Arthur Conan Doyle, to be honest.

However, after indulging in my usual heartwarming and saccharine sweet holiday romances, I was looking for a good holiday murder mystery, when this book popped up on my radar. For the most part the book has received positive feedback- so I decided to give it a try.

The story examines the darker side of Christmas folklore. We all know about Santa Claus or Father Christmas, but apparently these jolly souls have evil counterpoints- or opposites- for example:

Black Thurrick, who is also said to make an appearance during the Christmas holidays, punishing children by replacing their gifts with batches of Birch Twigs.

Holmes and Watson are hired by Eve Allerthorpe to investigate the ghostly happenings at her estate, after she believes she witnessed the demon Thurrick. Not only that, Thurrick’s hallmark calling card of Birch twigs were found outside of doors or windows on occasion.

The hitch is that dear Eve is about to come into a healthy sum of money, just so long as she is deemed of sound mind. Witnessing demonic apparitions might cause one to question her sanity, which is why Holmes & Watson need to get to the bottom of things before Eve loses her inheritance- or worse- is institutionalized.

Although Eve’s family is less than welcoming, Sherlock Holmes brushes off his chilly reception and gets right down to work. What ensues is a puzzling mystery, with several nice red herrings, and some truly wonderful dialogue between Holmes and Watson.

Although Lovegrove does occasionally satirize Holmes’ uncanny powers of observation and embellishes and exaggerates his and Watson’s relationship, a bit here and there, I think the author is very sincere and takes his task very seriously. He obviously respects these classic characters and does them justice.

I thought the author did a good job with this mystery, which kept me guessing and thoroughly entertained. I suspect Lovegrove enjoyed breathing new life into the Sherlock Holmes mystery series and I for one truly enjoyed reading it! 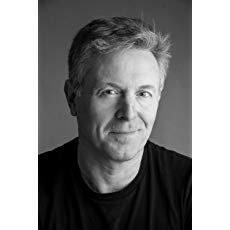 Currently James resides in Eastbourne on the Sussex Coast, having moved there in August 2007 with his wife Lou, sons Monty and Theo, and cat Ozzy. He has a terrific view of the sea from his study window, which he doesn’t sit staring out at all day when he should be working. Honest.
Posted by gpangel at 1:00 AM