Marilou is Everywhere by Sarah Elaine Smith- Feature and Review 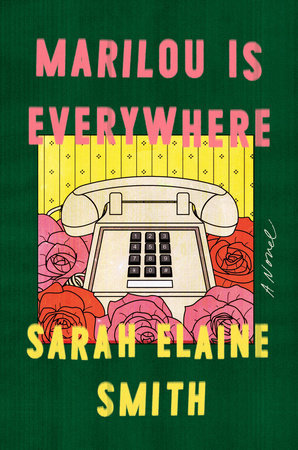 Consumed by the longing for a different life, a teenager flees her family and carefully slips into another -- replacing a girl whose own sudden disappearance still haunts the town.
Fourteen-year-old Cindy and her two older brothers live in rural Pennsylvania, in a house with occasional electricity, two fierce dogs, one book, and a mother who comes and goes for months at a time. Deprived of adult supervision, the siblings rely on one another for of all kinds. As Cindy's brothers take on new responsibilities for her care, the shadow of danger looms larger and the status quo no longer seems tolerable.
So when a glamorous teen from a more affluent, cultured home goes missing, Cindy escapes her own family's poverty and slips into the missing teen's life. As Jude Vanderjohn, Cindy is suddenly surrounded by books and art, by new foods and traditions, and , by a startling sense of possibility. In her borrowed life she also finds herself accepting the confused love of a mother who is constitutionally incapable of grasping what has happened to her real daughter. As Cindy experiences overwhelming maternal love for the first time, she must reckon with her own deceits and, in the process, learn what it means to be a daughter, a sister, and a neighbor.
Marilou Is Everywhere is a powerful, propulsive portrait of an overlooked girl who finds for the first time that her choices matter.

Marilou is Everywhere by Sarah Elaine Smith
My rating: 4 of 5 stars

Marilou is Everywhere by Sarah Elaine Smith is a 2019 Riverhead publication.

An offbeat, but effective debut novel

Fourteen - year old Cindy is virtually abandoned by her mother, leaving her at the mercy of her older brothers, one of whom is sleazy and quite inappropriate. The conditions in which Cindy dwells is horrifying and sad.

Jude Vanderjohn, a girl who occasionally dated Cindy’s brother, goes missing while on a camping trip with her friends. Jude’s mother, Bernadette, is a full fledged alcoholic, suffering from an unnamed brain malady. After Jude’s disappearance, a fact, her mother has no real awareness of, Jude quietly moves in with Bernadette, and slips into Jude’s shoes.

This wasn’t a premeditated quest on Cindy’s part, she just capitalizes on an opportunity. From here, Cindy lives a life she could only have imagined before. So desperate is she to be loved, and cared for, she continues the ruse, rationalizing away her actions, but knowing deep down that what she is doing is morally wrong. However, there will come a time when her rationale crosses more than a moral line…

"My life was an empty place. From where I stood, it seared on with a blank and merciless light. All dust and no song."

It is difficult to describe the atmosphere of this novel. It’s an odd story, full of moral dilemmas blended with unvarnished reality, but written with such a beautiful prose, it gives various sequences a surreal quality. At times the writing did overpower my ability to connect with Cindy, who is our narrator, and keeps the remaining characters at arm’s length. The profound writing also worked to introduce dark, gritty, very uncomfortable subject matter forcefully, but without a razor sharp edge, which softens the impact.

I was simultaneously horrified and saddened by the actions and circumstances of the characters and the plot, which left me feeling melancholy and unsure of which emotional box to check.

Although, I am mesmerized by the writer’s turn of phrase, I also appreciated the hands-off approach, allowing the reader to digest the facts without leading me in a set direction. The story is poignant, bittersweet, and truly a surprising gem.

I’m not sure how the masses will feel about the book, or if it will appeal to a broad, mainstream audience, but I am very impressed with this debut novel and am excited to see what Sarah Elaine Smith will do next. 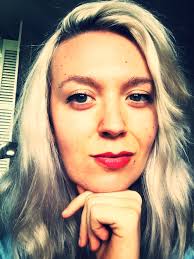 Sarah Elaine Smith was born and raised in Greene County, Pennsylvania. She has studied at the Michener Center for Writers, UT-Austin (MFA, poetry); the Iowa Writers' Workshop (MFA, fiction); and Carnegie Mellon University (BA, English and Creative Writing). She has worked as a metadata analyst (signed an NDA & shall say no more!), a college teacher, a proofreader/copyeditor, design consultant, waitress, and ghostwriter. Her work has received support from the MacDowell Colony, the Rona Jaffe Wallace Foundation, and the Keene Prize for Literature, among other generous entities.Her first novel, Marilou Is Everywhere is forthcoming from Riverhead Books in summer 2019. She is also the author of I Live in a Hut 2011 winner of the Cleveland State University Poetry Center's first prize, selected by  Harvey. Her work has appeared in publications like FENCE, , Tin House, and Gulf Coast, among others.These are some of the things you will find in her work: a goat named Panda Jane, a cam girl named , Appalachian country-time sadness, the pony of darkness, angels that can't get their heads out of the hole, pills made out of Sunday afternoon football crowd sound, gin staircases to the moon, a monastery full of sidelined henchmen, shitty candy, Sissy Pecjak's gas station, seers who live in the halfway house and paint manicure tigers in exchange for Red Bull, and much more
Posted by gpangel at 1:00 AM