The Wolf Wants In by Laura McHugh- Feature and Review 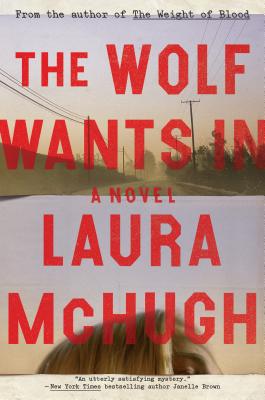 In a small town ravaged by the crisis, a woman confronts a dark secret about her brother's shocking death--a gripping novel of suspense for fans of Sharp Objects and S-Town.

Sadie Keller is determined to find out how her brother died, even if no one else thinks it's worth investigating. Untimely deaths are all too common in rural Blackwater, Kansas, where crime and overdoses are on the rise, and the small-town police force is consumed with the recent discovery of a child's skull in the woods. Sadie is on her own, delving into the dark corners of a life her brother kept hidden and unearthing more questions than answers.

Eighteen-year-old Henley Pettit knows more than she'd like to about the seedy side of , and she's desperate to escape before she's irreparably entangled in her family's crimes. She dreams of disappearing and leaving her old life behind, but shedding the past is never easy, and getting out of town will be far more dangerous than she ever imagined.

As more bones are found in the woods, time is running out for Sadie to uncover the truth and for Henley to make her escape. Both women are torn between family loyalties and the weight of the secrets they carry, knowing full well that while some secrets are hard to live with, others will get you killed.

Like Laura McHugh's previous award-winning thrillers, The Weight of Blood and Arrowood, The Wolf Wants In is an atmospheric, beautifully told novel that barrels toward a twisting, chilling end and keeps us turning the page to find out how these small-town secrets will unravel--and who will survive.

The Wolf Wants In by Laura McHugh
My rating: 4 of 5 stars

The Wolf Wants in by Laura McHugh is a 2019 Spiegel & Grau publication.

Sadie Keller can’t reconcile her brother’s untimely death with his official cause of death.

Determined to find answers, Sadie is met by one brick wall after another, especially when she tries to confront her brother’s widow.

Meanwhile, young Henley Pettit dreams of leaving Blackwater, Kansas before she winds up like the rest of her family. As Sadie Keller presses for details about her brother’s death, and the search for a young girl who has gone missing intensifies, Henley knows her window of opportunity for escape is rapidly closing.

Sadie and Henley may soon discover they are connected to one another, in ways they never thought possible, as explosive secrets boil hot and the threat of danger hangs over them in a tense, heavy shroud.

Laura McHugh knows how to create a tense atmosphere, while putting the reader right there in the thick of all the drama. The Opioid crisis provides another level of bleakness to the melancholy mood of the story. A mixture of grief, frustration, suspicion, secrets, lies, and politics, are all factors in the desperate search for a missing child, which also exacerbates Sadie’s stress and sense of urgency in finding out the truth about her brother.

The story is dark, and gloomy with very little relief. However, this tone is what makes the story so effective, what creates that emotional intensity that keeps one riveted to the pages, unable or unwilling the put the book down for any length of time. The threads are woven together expertly, drawing everything together for the stunning conclusion.

Although the novel is maybe a little oppressive, it is a well-executed crime drama packed with bittersweet surprises and emotions.

Another win for Laura McHugh! 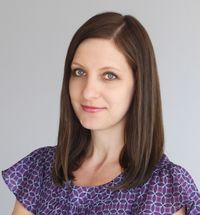 Laura McHugh's debut novel, The Weight of Blood, won an International Thriller Writers Award for Best First Novel, a Silver Falchion Award for Best First Novel: Literary Suspense, and the Missouri Author Award for Fiction. It was also nominated for an Alex Award, Barry Award, and GoodReads Choice Award (Best Mystery and Best Debut). Her second novel, Arrowood, was an international bestseller and a finalist for the International Thriller Writers Award for Best Hardcover Novel. Her story "Endgame" has been nominated for a Pushcart Prize.McHugh lives in Missouri with her husband and children.
Posted by gpangel at 1:00 AM