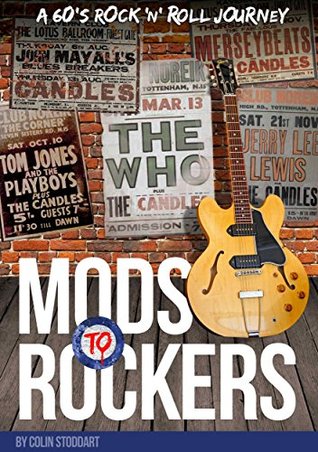 
This is the story of Colin, a young man bearing witness to one of the greatest decades Britain ever knew – the 60s. his last day at school to supporting The Who, this was the time for the Mods to rise and throw off the shackles of previous generations and their and dreary music.
Post-war Britain in the early 60s was recovering from the financial pressures of the Second World War, and the death knell had sounded as its once-mighty Empire slowly sank beneath the waves. Britain had reached its own ‘crossroads’. Now, with peacetime conscription ending, no uniforms to wear and no regulation ‘short back and sides’ haircuts to endure, a new civilian army of youths was entering the workplace. Being the most prosperous decade since World War II, the working youth of the day now had a disposable income with money to burn.
This was a new battleground and the electric guitar became the weapon of choice. From the first battle between Mods and Rockers at Cockett Wick in 1961, to the notorious beachfront confrontations with coppers in Brighton in later years, Colin and his generation were sounding the drum for a new style, beat and ethos Britain into a brighter and more confident future.
His prevailing love of the guitar and rock ‘n’ music had prompted him to form a group with his friends at school, and so he pursued a parallel career over the next eight years while continuing to work in the bank. In a world consumed with music, his banking career took back seat, but would teach him how to count banknotes at high speed, a useful requisite should the group hit the big time and make millions.
Follow the tale of a young man's journey into adulthood as he faces jail for being among a group of Mods who took on the Rockers in the first-ever major altercation near Clacton in 1961 – with the press coverage read by his non too impressed bank bosses - their pursuit of stardom, the opening of a new scene laced with Purple Hearts’, and the call of the dingy pubs and clubs, a million miles away from the super groups of the 60s like The Stones and The Beatles.
Learn of their travels during the very early years of the British rock ‘n’ roll era, sharing a stage with veteran American rock ‘n’ roll stars and eventually becoming the desired support group for many emerging British acts like The Who, Tom Jones, The Dave Clark Five, The Merseybeats and The Love Affair, plus numerous other popular groups of the time. An unforgettable highlight moment for the author and his pals was to meet and play on the same stage with one of his childhood heroes, the wild man of rock ‘n’ roll, Jerry Lee Lewis.
The new youth culture of the 60s took on the establishment and helped change the world forever. From a grimy black and white beginning, to a fun loving ‘’ world known as the ‘swinging sixties’. And Colin saw it all.

Mods to Rockers: A 60s Rock 'n' Roll Journey by Colin Stoddart
My rating: 4 of 5 stars


Mods to Rockers by Colin Stoddard is a 2016 publication.

I’m not quite old enough to recall the mod versus rockers period, but I had heard the phrase ‘Mods’, of course, and probably like many people, associated that word with ‘The Who’ and ‘Quadrophenia’.

However, Colin Stoddard was a part of a Mods versus Rock dust up years before the media took an interest- which is where our story begins...

Colin’s personal journey with his group, ‘The Candles’ is fascinating and unique. Colin and his band flirted right on the cusp of stardom, rubbing elbows with people who did become quite well known. 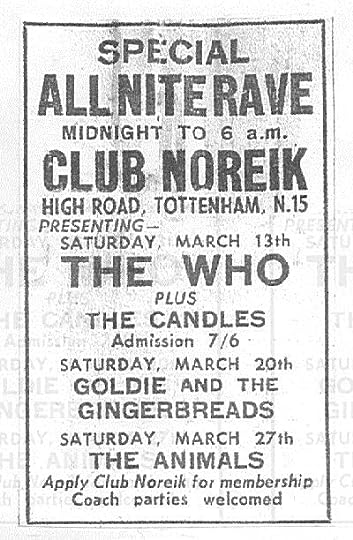 The history itself is certainly interesting, but Stoddard’s voice, and personal insights and experiences, are what makes this book stand out. His reminiscences are clear, vivid and colorful, and it is obvious he remembers this time fondly. 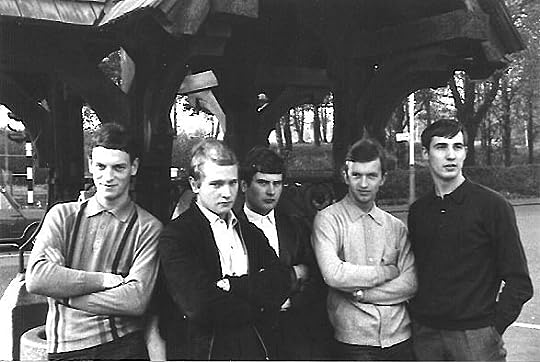 Overall, I enjoyed reading about the clothing styles, the music, and the historical vibe of the early 60s in Britain.

Colin Ferguson Stoddart (1943 - still alive and kicking) was born in Romford, a market town in Essex, to an English mother and a Scottish father. Educated at St Edward's Church of England school, he left school to work for a national high street banking for the next 11 years. During this dark period in his working life he found solace in being the lead guitarist of a popular local group who performed together for 8 blissful years. Finally succumbing to married life, Colin found himself still working in the bank and depression setting in. His life was changed by a call from the group's vocalist who had to South Africa to work in the clothing industry. Arriving in Cape Town, Colin finally found his true vocation working in the fashion tie business. 5 years later he returned to the UK and continued working in the tie business, eventually becoming sales director for a company based in Bond Street in central London. But changes were ahead as the popular trend in America for 'dress down days' started to take hold in the UK , and the ubiquitous tie became redundant. Colin took early retirement, jumped the sinking ship and headed for the sun with his wife leaving behind their 2 adult sons. They remain there to this day enjoying 'La Vida Loca' in southern Spain, where the book was written.