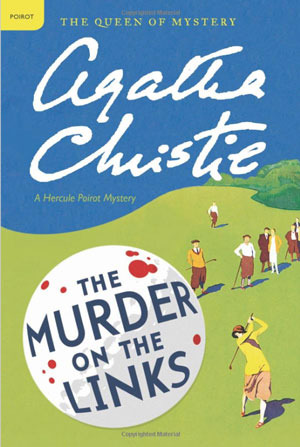 
A millionaire dies...
'One can see by his face that he was stabbed in the back' said Poirot.
But the strangest feature of the case was where they found the body - in an open grave!
Hercule Poirot had answered an appeal for help - but he was too late!
MURDER - bizarre and baffling - had come to the Villa Genevieve.

The Murder on the Agatha Christie
My rating: 4 of 5 stars

The Murder on the Agatha Christie is a 1923 publication.

Poirot has been frantically summoned to France by Monsieur Paul Renauld. Unfortunately, upon arrival, Hastings and Poirot are informed they have arrived too late and Renauld is dead… murdered as it so happens. Pitted against a younger and equally confident detective, Poirot is determined to meet his competition head on, utilizing his advantage of experience to solve the crime.

This is the second Poirot by Agatha Christie and is one I have not read. Christie obviously found inspiration with Holmes and Watson, and one can debate whether this is homage or a parody, but either way, she did a masterful job with this , complex whodunit.

I thoroughly enjoyed this classic mystery. I was never able to sit back, smugly confident that I had it all figured out. Christie was always at least two steps ahead of me. This is a stunning guessing game, narrated by Hastings, who provides his own unique observations along with his amusing commentary.

Despite its age, and our current desensitization and demand for more shock and awe, I think this story stands on its own merits quite well. With the exception of a bit of cringe-worthy -love)

Christie is very clever, and it is obvious she put much thought into the plot, dotting the I’s and crossing the t’s. I was enthralled by her skill, and it is easy to see why she had such an enormous impact on the mystery genre.

As pure mysteries are few and far between right now, I’m looking to read more classics. Having read Poirot mysteries off and on over the years, I know this one might not rank up there with some of the later installments, but this a smart and impressive gem!! 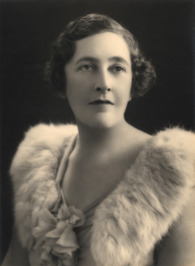 Agatha Christie is the best-selling author of all time. She wrote 66 crime novels and story collections, fourteen plays, and six novels under a pseudonym in Romance. Her books have sold over a billion copies in the English language and a billion in translation. According to Index Translationum, she remains the most-translated individual author, having been translated into at least 103 languages. She is the creator of two of the most enduring figures in crime literature-Hercule Poirot and Miss Jane Marple-and author of The Mousetrap, the longest-running play in the history of modern theatre.
Posted by gpangel at 1:00 AM