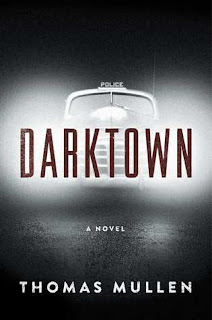 Responding from pressure on high, the Atlanta police department is forced to hire its first black officers in 1948. The newly minted policemen are met with deep hostility by their white peers and their authority is limited: They can’t arrest white suspects; they can’t drive a squad car; they can’t even use the police headquarters and must instead operate out of the basement of a gym.
When a black woman who was last seen in a car driven by a white man turns up fatally beaten, no one seems to care except for Boggs and Smith, two black cops from vastly different backgrounds. Pressured from all sides, they will risk their jobs, the trust the community has put in them, and even their own safety to investigate her death. Their efforts bring them up against an old-school cop, Dunlow, who has long run the neighborhood like his own, and Dunlow’s young partner, Rakestraw, a young progressive who may or may not be willing to make allies across color lines

Darktown by Thomas Mullen
My rating: 5 of 5 stars

Darktown by Thomas Mullen is a 2016 Atria publication.
This book came highly recommended to me due to my love of crime fiction. I had no idea, until I had finished the book, that a television program was made based on this story that starred Jamie Foxx. I’ll have to check that out sometime.

But, as the novel, this is an outstanding historical crime novel that depicts the atmosphere in Atlanta just after the second world war and before the civil rights movement. Atlanta has just hired eight black men as police officers to work the ‘Darktown’ area of Atlanta, a groundbreaking move, but a political one, which was made under pressure.
Boggs and Smith are two of those black men hired as beat cops for Darktown. They only have so much power, though. If anything serious happens, they have to call in the ‘real’ cops. They work out of the YMCA, not the police station. They are resented by the white officers, of course, especially Dunlow, a rogue, racist cop that once patrolled the area.

But, when a white man plows into a pole on their beat, Boggs and Smith see a young, black woman in the passenger side with a black eye. Later, the woman is found dead, discarded like garbage. , is not interested in solving the crime, but his new partner Rakestraw, is not as apathetic. Still, Boggs and Smith will have to risk their jobs and maybe their lives to solve the murder, on their own.

Wow, this was such an authentic depiction of this era and the attitudes about race at that time. The crime story is a real stunner, with several mind blowing twists along the way. The suspense, at times, is nearly unbearable, and I admit I had to wipe the sweat off my palms a few times.

The characters were well drawn, some clearly bad, corrupt, and evil, while others struggled with the complexities of race and prejudice and with doing the right thing, no matter what. Smith and Boggs were also complex in their own way, and of course I loved their partnership and their commitment to truth, despite the obvious danger they faced, but they did encounter some support from an unlikely source.
The pacing is quick, the dialogue is sharp, but very, very raw, so be prepared. This story is very gritty, very real, and not always easy to digest. But, the book is extremely well written, is riveting and maybe one of the best crime stories I’ve read this year. It’s definitely deserving of the attention and high praise it’s received!!
I highly recommend this to those who enjoy gritty crime thrillers, or historical mysteries. 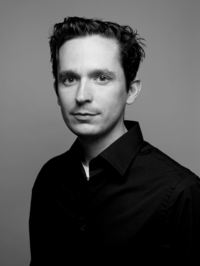 Thomas Mullen is the author of "The Last Town on Earth," which was named Best Debut Novel of 2006 by USA Today and was awarded the James Fenimore Cooper Prize for excellence in historical fiction, and "The Many Deaths of the Firefly Brothers." His books have been named Best of the Year by such publications as The Chicago Tribune, USA Today, the Atlanta Journal-Constitution, The Onion, and Amazon.com.
His third novel, "The Revisionists," will be published in September 2011.
Mullen was born and raised in Rhode Island and graduated from Oberlin College. He has lived in Boston; in Chapel Hill, NC; in Washington, DC; and he now makes his home in Atlanta with his wife and two sons.
When not reading or writing, his greatest interests are music, film, travel, and hiking. The best books he read in 2010 were "Year of the Flood" by Margaret Atwood, "The Book of Daniel" by E.L. Doctorow, "The Bridge of Sighs" and "The Tourist" by Olen Steinhauer, "Serena" by Ron Rash, "Caveman's Valentine" by George Dawes Green, "The Thousand Autumns of Jacob Zoet" by David Mitchell, "Savages" by Don Winslow, "Freedom" by Jonathan Franzen, and "An Ordinary Spy" by Joseph Weisberg.