TRUE CRIME THURSDAY- The Five:The Untold Lives of the Women Killed by Jack the Ripper by Hallie Rubenhold- Feature and Review 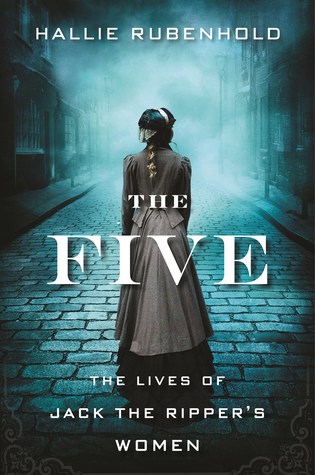 Five devastating human stories and a dark and moving portrait of Victorian London—the untold lives of the women killed by Jack the Ripper.
Polly, Annie, Elizabeth, Catherine and Mary-Jane are famous for the same thing, though they never met. They came from Fleet Street, Knightsbridge, Wolverhampton, Sweden, and Wales. They wrote ballads, ran coffee houses, lived on country estates, they breathed ink-dust from printing presses and escaped people-traffickers.
What they had in common was the year of their murders: 1888. The person responsible was never identified, but the character created by the press to fill that gap has become far more famous than any of these five women.
For more than a century, newspapers have been keen to tell us that "the Ripper" preyed on prostitutes. Not only is this untrue, as historian Hallie Rubenhold has discovered, it has prevented the real stories of these fascinating women from being told. Now, in this devastating narrative of five lives, Rubenhold finally sets the record straight, revealing a world not just of Dickens and Queen Victoria, but of poverty, homelessness and rampant misogyny. They died because they were in the wrong place at the wrong time—but their greatest misfortune was to be born a woman.

The Five: The Untold Lives of the Women Killed by Jack the Ripper by Hallie Rubenhold
My rating: 5 of 5 stars

The Five: The Untold Lives of the Women Killed by Jack the Ripper by Hallie Rubenhold a 2019 Houghton Mifflin Harcourt publication.

"She had been brought into the world along the Street of Ink, and it is to there, riding on the column inches, its illuminated plates, its rumor and scandal, that she would return: a name in print.”

Ask your friends, relatives, or colleagues what they know about the five women Jack the Ripper murdered and nearly all of them will say ‘they were prostitutes’. However, with one notable exception, there is no concrete proof the other four victims ever identified themselves as such or worked in the sex trade.

What we are reminded of here, is that these women were mothers, sisters, lovers and wives. They had hard lives, bad luck, and little choice or opportunity to change their circumstances. Their lives have been reduced to little consequence, partly because the sensationalism surrounding the Jack the Ripper legend, and tons of unsubstantiated information- but most of all because they were thought of as ‘just prostitutes’.

It has taken us a little over a century to finally restore humanity to these women, to examine the mindset that promoted their , and diminished the compassion and respect due them.

The author did a lot of deep digging and research to give the reader an in -depth profile of each of these five women. The laws of the day were stacked against them because they were women, their options were few, forcing them into the streets. They worked legitimate jobs, but society judged their lifestyles, slapping upon them the undeserved label of a ‘fallen woman’.

Many of the historical details are mind numbing. It’s an overwhelming, depressing, and bleak portrait the author paints, proving it wasn’t the sex trade that made these women targets, but their vulnerability brought on by poverty, addiction, and abuse.

The author astutely and determinedly takes us to task for all the ways society had devalued human life. Judgments have been passed based on second -hand information, conveyed by so called reputable sources which eventually became cemented into the lore of Jack the Ripper, and shoving these women so far into the background, they have been cast off like so much rubbish.

The books, movies, documentaries all geared towards discovering the identity of the elusive serial killer, raises him into a cult celebrity status. It is appalling that souvenirs are sold bearing the silhouetted image of a savage murderer!!

Yet, we can’t take the time to mourn the victims, much less remember them as individual human beings. They get lost in the grisly gore, as incorrect information continues to be passed off as the unmitigated truth.

This is an eye-opening book, and a humbling experience. I came away feeling duly discomfited and chastened. While I never viewed these women as ‘just prostitutes’, I never stopped to consider if the information about them was true or not.

That is another reason why this book is long, long, long overdue!! I highly recommend this book to everyone. It is an important book, debunking long presumed facts, but also, at long last, it helps to restore dignity to these women.

It is an educational book, depicting real history. This book is not about Jack the Ripper, and his crimes are not detailed in this book, appropriately so, and there are no theories tossed about as to his identity. I think we've had enough of those types of books already.

If you’ve labored under the illusion that these women were ‘just prostitutes’, this book will pull the wool from your eyes and give you a fresh perspective on the past, one you may not have considered before now. 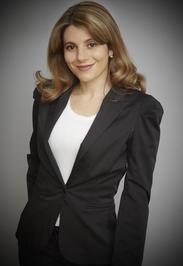 Hallie Rubenhold is a bestselling author, social historian, broadcaster and historical consultant for TV and film.
Hallie received her B.A. History from the University of Massachusetts, Amherst and an M.A. British History and History of Art from the University of Leeds. Remaining Leeds, she embarked on her studies for a PhD and later completed her thesis on the subject of marriage and child-rearing in the eighteenth century.
Her most recent book, The Five: The Untold LIves of the Women Killed by Jack the Ripper, is the first full length biography of the Ripper’s victims. Disregarded by society for over 130 years, The Five pieces together their individual stories and overturns much of the mythology surrounding their lives, including the belief that all of the women were involved in ‘prostitution’. The book became a Sunday Times Bestseller and has been  as a drama series by Mainstreet Pictures.