The History of Lost Dreams by Kris Waldherr- Feature and Review 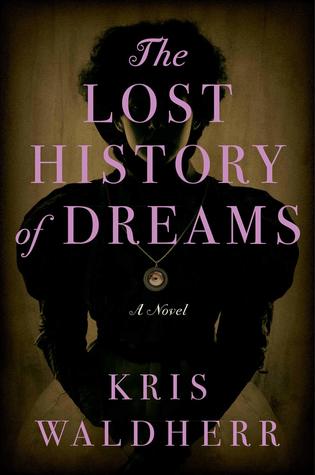 A post-mortem photographer unearths dark secrets of the past that may hold the key to his future, in this captivating debut novel in the gothic tradition of Wuthering Heights and The Thirteenth Tale.
All love stories are ghost stories in disguise.
When famed Byronesque poet Hugh is discovered dead of a heart attack in his bath one morning, his cousin Robert Highstead, a historian turned post-mortem photographer, is charged with a simple task: transport Hugh's remains for burial in a chapel. This chapel, a stained glass folly set on the moors of Shropshire, was built by sixteen years earlier to house the remains of his beloved wife and muse, Ada. Since then, the chapel has been locked and abandoned, a pilgrimage site for the rabid fans of last book, The Lost History of Dreams.
However, Ada's grief-stricken niece refuses to open the glass chapel for Robert unless he agrees to her bargain: before he can lay Hugh to rest, Robert must record of Ada and Hugh's ill-fated marriage over the course of five nights.
As the mystery of Ada and Hugh's relationship unfolds, so does the secret behind Robert's own marriage--including that of his fragile wife, Sida, who has not been the same since the tragic accident three years ago, and the origins of his own morbid profession that things he shouldn't--things from beyond the grave.

Kris Waldherr effortlessly spins a sweeping and about love and loss that blurs the line between the past and the present, truth and fiction, and ultimately, life and death.

The Lost History of Dreams by Kris Waldherr
My rating: 4 of 5 stars

The Lost History of Dreams by Kris Waldherr is a 2019 Touchstone Books publication.

A mesmerizing traditional Gothic tale replete with ghosts and a few stunning twists that will keep you turning pages long past your bedtime!

All love stories are ghost stories in disguise

Robert Highstead, a former historian turned post -mortem photographer, is still struggling with the premature death of his wife, Sida. His daguerreotype photos bring comfort to others, and is, in an odd way, a cathartic occupation.

However, when his brother informs him that their cousin, the famed poet Hugh has died, he asks Robert to accompany Hugh's remains to his final resting place. Robert never met Hugh in life and is initially reluctant to make the journey. But, because Hugh wished to be laid to rest by his beloved wife, Ada, in a glass chapel he made especially for her, sixteen years prior, he agrees, knowing better than most the desire to be reunited with one’s spouse.

However, the scene he encounters upon arriving on the moors of Shropshire is startling. His presence is not welcomed by Ada's niece, Isabelle, who outright refuses to unlock the chapel. Not only that, he learns the chapel is a gathering place for deeply devoted fans, of Hugh’s last book, “The Lost History of Dreams.”

Isabelle and Robert strike a bargain, eventually. If Robert will record Ada’s story, within five nights, Isabelle will agree to unlock the chapel.

Ada’s life story, as told through Isabelle’s masterful storytelling, keeps Robert entranced to the point of obsession. As the relationship between Isabelle and Robert deepens, the sad story surrounding Sida, and her death gradually unravels, revealing Robert’s guilt and inconsolable grief. His condition is so profound, spirits linger in his orbit, neither of them able to abide the present circumstances, or move beyond them.

Naturally, I really liked this story. It’s right up my alley and I got sucked into it immediately. The story enthralled me and kept me glued to the pages from start to finish. While a bit too ambitious at times, this is a crackling good historical mystery, heavily steeped in old school Gothic traditions.

While the dramatics are toned down a bit, the story is heavy, creepy, and atmospheric. The mystery is absorbing and , which kept me on toes.

But, let’s not forget the love story. It’s unconventional, but pure Gothic joy. However, I also loved the eventual break in the clouds, and all the possibilities and hope the story left me with.

Although I read this story in the peak of summer, the whole time I was reading it, I kept thinking it would be a great fireside novel fitting for long, dark winter nights. But no matter when you decide to read it, if you like Gothic historical fiction, you don’t want to pass this one up. 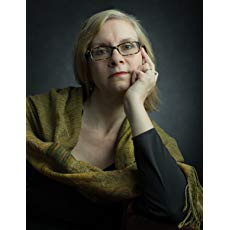 Kris Waldherr's books for adults and children include Bad Princess, Doomed Queens, and The Book of Goddesses. The New Yorker praised Doomed Queens as "utterly satisfying" and "deliciously perverse." The Book of Goddesses was a One Spirit/Book-of-the-Month Club's Top Ten Most Popular Book. Her picture book Persephone and the Pomegranate by the New York Times Book Review for its "quality of myth and magic." Her fiction has won fellowships from the Virginia Center the Creative Arts, and a works-in-progress reading grant from Poets & Writers.
As a visual artist, Waldherr is the creator of the Goddess Tarot, which has a quarter of a million copies in print. She has had illustrations published as greeting cards, book covers, and in calendars and magazines. Her art has been exhibited in many galleries and the Ruskin Library, the Mazza Museum of International Art from Picture Books, and the National Museum of Women in the Arts.
include her debut novel The Lost History of Dreams (Atria Books, 2019). She works and lives in Brooklyn in a Victorian-era house with her husband, their young daughter, and a very vocal Bengal cat.
Posted by gpangel at 1:00 AM