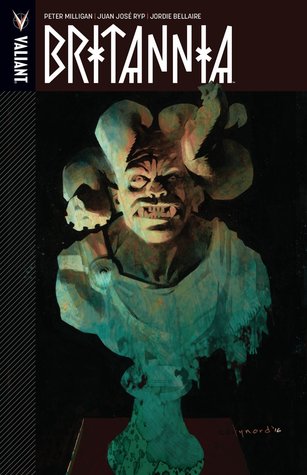 On the fringes of civilization, the world s first detective is about to make an unholy discovery.
Ruled by the Fates. Manipulated by the Gods. Commanded by Caesar. In the year 65 A.D., destiny was not his own. At the height of Nero s reign, a veteran of Rome s imperial war machine has been dispatched to the farthest reaches of the colonies to investigate unnatural happenings In the remote outpost of Britannia, Antonius Axia the First Detective will become Rome's only hope to reassert control over the empire's most barbaric frontier and keep the monsters that bridge the line between myth and mystery at bay.
From mastermind Peter Milligan (X-Statix, Shade the Changing Man) and incendiary artist Juan José Ryp (Ninjak, Clone) comes a psychological journey into terror, temptation, and bloodshed in Valiant's latest magnum opus.

Britannia, Vol. 1 by Peter Milligan
My rating: 3 of 5 stars

Antonius Axia, a former war veteran is sent by Nero, on the advice of the Vestal Virgins, to investigate a disturbance in Britannia, located on an outer border. Things are far worse than he could have anticipated. The world’s first detective must face down a demonic force so powerful it could threaten all of Rome.

History, horror and mystery elements are blended together to create a most unusual storyline. I was unsure about this graphic novel due to the horror elements, which is not a genre I gravitate towards very often. Although this first volume leans quite heavily on the paranormal elements, there is enough detective skill applied to balance the story and keep me invested.

It also helped that the historical setting in one I’m partial to reading about. Ancient Rome is always fascinating. 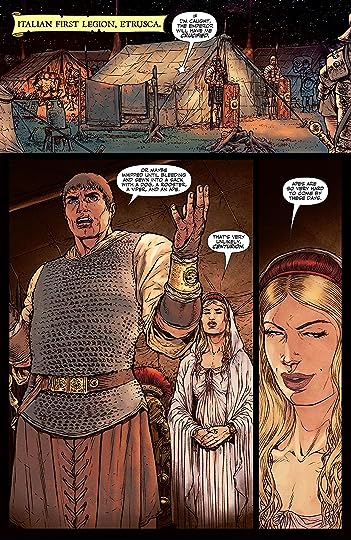 The graphics were not level in this first volume. I'm a novice at this, so I'm sure someone will set me straight, but the artwork was clear and crisp is some places, but occasionally, I was not quite sure what I was looking at.

The plot is quite ambitious and there is perhaps a little too much going on, which is problematic for me in any circumstance, but it was especially difficult to pull off and still adhere to a standard confines of the graphic novel format.

That said, the story is compelling, and this first volume sets the stage for future installments quite nicely.

Overall, this graphic novel was a little outside my comfort zone in some ways, but right up my alley in others. It was a mixed bag, in other words. However, I would be amenable to continuing with the series. I'd like to see what Antonius’s next adventure will consist of and how things work out for him on a personal level. 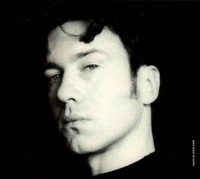 Cary Nord (Cover Artist)
Posted by gpangel at 1:00 AM