Who Killed the Fonz? By James Boice- Feature and Review 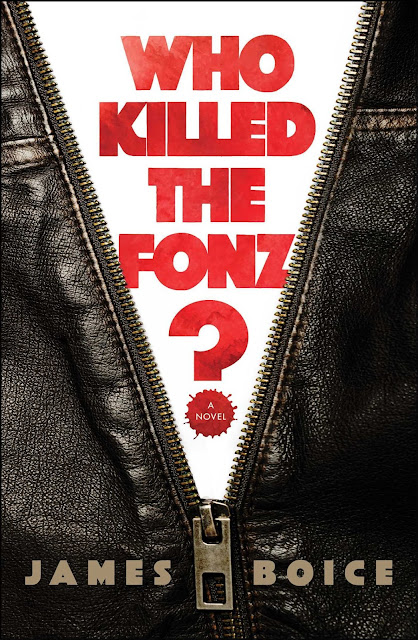 The legendary 1950s-era TV show Happy Days gets reinvented as a gritty 1980s noir.
Late October, 1984. Prince and Bruce are dominating FM radio. Ron and Nancy are headed back to the White House. Crockett and Tubbs are leading men everywhere to embrace pastels. And Richard Cunningham? Well, Richard Cunningham is having a really bad Sunday.
First, there’s the meeting with his agent. A decade ago, the forty-something Cunningham was one of Hollywood’s hottest screenwriters. But Tinseltown is no longer interested in his artsy, introspective scripts. They want Terminator cyborgs and exploding Stay Puft Marshmallow men. If he isn’t interested in that sort of thing, his agent tells him, he’s gonna have to find new representation.
Then later that same day he gets a phone call with even worse news. His best friend from childhood back in Milwaukee, back when everyone called him Richie, is dead. Arthur Fonzarelli. The Fonz. Lost control of his motorcycle while crossing a bridge and plummeted into the water below. Two days of searching and still no body, no trace of his trademark leather jacket.
Richard flies back for the memorial service, only to discover that Fonzie’s death was no accident—it was murder. With the help of his old pals Ralph Malph and Potsie Weber, he sets out to catch the killer. Who it turns out to be is shocking. So is the story’s final twist.
Who Killed The Fonz?  what happened to the characters of the legendary TV series Happy Days twenty years after the show left off. And while much has changed in the interim—goodbye drive-in movie theaters, hello VCRs—the story centers around the same timeless themes as the show: the meaning of family. The significance of friendship. The importance of community.
Fast-paced and full of nostalgia, Who Killed the Fonz?  an ingenious twist on a beloved classic that proves sometimes you can go home again.

Who Killed the Fonz? James Boice
My rating: 4 of 5 stars

Who Killed the Fonz? By James Boice is a 2019 Simon & Schuster publication.

I found this book in the cloud library which is part of the many services my library provides. The title begged me to click on the book and read the synopsis- and I just couldn’t resist. It sounded so quirky and different I checked it out without reading any reviews first. However, when I went to add the book to my reading list on GR’s, I was a bit dismayed by a handful of lukewarm reviews.

But because I had already impulsively checked the book out, I soldiered on with it. I’m glad I did!!

Yes, this story is based on ‘Happy Days’ the sitcom that aired in the seventies and garnered the not so flattering term- Jump the shark. However, I loved the show at the peak of its popularity, so I was curious to see how the author planned to center a mystery around those popular characters.

The story is set in the eighties and narrated by Richard Cunningham, who is now living in Los Angeles with his wife, Lori Beth.

He’s a screenwriter whose career is now on the skids. When he receives word that Fonzie was killed in a motorcycle accident, he returns home to Milwaukee for the funeral. Here he meets up with Al, Ralph and Potsie, while taking a few trips down memory lane, sharing fond memories of Fonzie, all based on some of the most memorable episodes of the show.

However, Richard is detained in Milwaukee for a little while longer than he had planned because a local politician has asked him to write a speech for him.

While Richard is hanging out, he learns some troubling news about Fonzie’s wreck, which suggests it might not have been an accident after all.

To be clear, I don’t think this book was ever intended to be a deep, convoluted, complex thriller. I mean, it is based on a light-hearted sitcom after all. I had no preconceived notions, really, and I can’t say my expectations were very high, so I was able to approach the book with an open mind.

Yet, I was surprised by how much I enjoyed the story. It is light, for sure, but it is also clever, in its way. I liked the original idea, for one thing, and appreciated the respect the author had for the original characters. Did the characters turn out like I had imagined they would? Yes, in some ways they did, but there are a few big surprises in there, as well.

The mystery is basic, but solid. I had no trouble guessing who the mastermind was behind the Fonz’s untimely demise, but there are a few nice twists tossed in which threw me off guard.


The book is also clean, without graphic violence, and falls nicely into the ‘amateur sleuth’ category, perhaps tempting some to label it as a cozy. I’m not sure I’d consider this one a pure cozy, but fans of the sub-genre can feel comfortable embracing this one.


To me, however, this is a nice, well rounded story. It has a descent whodunit mystery, but the charm is, most assuredly, in the use of characters from a beloved sitcom and from the emphasis on personal values and family.

It’s a unique approach to the television tie-in themed novel, for sure.


But mostly, it’s a very polished, but super entertaining and fun blast from the past, full of bittersweet nostalgia. 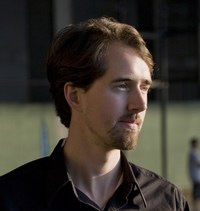