TRUE CRIME THURSDAY: Captive: A Mother's Crusade to Save Her Daughter from the Terrifying Cult Nxivm- by Catherine Oxenberg- Feature and Review 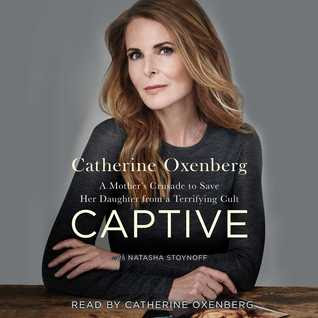 Now updated with a new afterword, Captive is an , ripped-from-the-headlines exposé that lays bare the secretive cult that shocked the world—for fans of Leah Remini’s Troublemaker and Lawrence Wright’s Going Clear.
I am a mother whose child is being abused and exploited. And I am not alone.
In 2011, former Dynasty star Catherine Oxenberg joined her daughter, India, at a leadership seminar for a new organization called NXIVM. Her then twenty-year-old daughter was on the threshold of starting her own professional life and they both thought this program might help her achieve her dream. But quickly, Catherine saw a sinister side to the program that claimed to simply want to help its clients become the best versions of themselves.
Catherine watched in horror as her daughter fell further and further down the rabbit hole, falling under the spell of NXIVM's hypnotic leader, Keith Raniere. Despite Catherine’s best efforts, India was drawn deeper into the cult, eventually joining an elite “sorority” of women members who were ordered to maintain a restricted diet, recruit other women as “slaves,” and were branded with their leader’s initials.
In Captive, Catherine shares every parent’s worst nightmare, and the lengths that a mother will go to save her child. Catherine’s efforts finally led the FBI to take notice—and the journey is not yet over. A powerful depiction of a mother’s love and determination, and with horrifying insider details never revealed in any news story, Captive will keep you reading until the very last page.

: A Mother's Crusade to Save Her Daughter from the Terrifying Cult Nxivm by Catherine Oxenberg
My rating: 4 of 5 stars

: A Mother's Crusade to Save Her Daughter From a Terrifying Cult by Catherine Oxenberg is a 2018 Simon & Schuster publication.
I only follow the news sparingly these days. However, even if one only pops over to Facebook or Twitter for a moment, headlines and trending news or topics are unavoidable. I had seen the story about an actress involved in a sex cult, but didn’t take the bait. However, the story remained a hot topic for several days.

But, when I saw this book popping up here and there, it never even crossed my mind that the ‘terrifying cult’ spoken of here, was the same one making headlines a few weeks back. Wow.
I was a big fan of the night time soaps for a while in the early eighties. I did watch ‘Dynasty’ for a while, and vaguely remember Catherine Oxenberg from that show. However, I hadn’t thought of her since, well, the early eighties. In fact, it took me a little while to make the connection. So, it wasn't so much that the book was written by a quasi-famous person, but the topic of the book that piqued my curiosity. Cults??

Are cults still a thing? Apparently so.

While they no longer make headlines, well, besides ‘Scientology’, there are still more cults out there than I’d realized.

This one was called NXIVM/ESP. It is marketed as a professional development group, sponsoring seminars designed for self-improvement.
Catherine and her daughter, India, joined the group, but as Catherine remained a skeptic, India bought into the whole ideology hook, line and sinker.

Of course, we all know now that the group was a cult- a sex cult to be more precise, in which women were enslaved and even branded- yes, you read that right- branded!!

I’d never heard of this group until I picked up this book, so all the information provided was news to me. Some readers may have been following those aforementioned news stories about the cult, and as such may not discover anything here you didn’t already know about it. 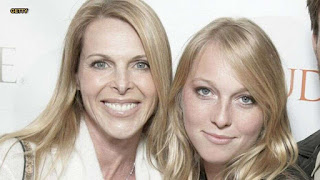 But, even if you have been keeping up with the headlines and are familiar with the lurid goings on in the cult, this book will give you a look at how the brainwashing operation works and the will and tenacity it required for Catherine to get people to listen to her, to see that crimes were being committed, and to hopefully save her daughter in the process.

I added audio for this book, which is narrated by the author. I found Catherine’s British accent to be appealing, and I think she did a good job at keeping her voice and emotions tempered and even.
I’m about as far removed from the life Catherine has led as one could possibly get. This made it hard for me to relate to her and her approach to life and parenting. She admits to having spent a great deal of time on self-help groups, constantly in search of some kind of pat answers, which of course there is none. Yet, she seemed to try everything under the sun, and although she claimed to have finally realized she was wasting her time with all that, she still joined NXIVM with India and remained a part of it for a lot longer than she should have, especially since she blatantly balked at their practices. She may have stayed because India was so involved, but I found myself questioning her actions on more than one occasion. Of course, it’s easy to armchair quarterback, and I did try not to pass judgement- but only won out half the time. 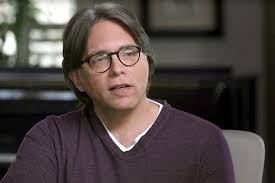 However, once she realized the hold the group had on her daughter, and the true nature of the organization, it would appear she at long last found her life’s purpose- to expose the cult and hopefully free her daughter in the process.

Once she began working to get India away from Keith Raniere, Catherine, whether she realized it or not, seemed to morph into a person with stronger backbone, became more disciplined, focused, and emotionally mature. While I still questioned the approach she took with her daughter, I couldn’t help but admire her determination. By the time all was said and done, she’d begun to prevent other women from falling into Keith’s trap, making it her ultimate goal to see the cult shut down, to free as many women as possible, with the fervent hope her daughter might be one of them. The reality was, though, that her daughter was so entrenched into the cult, she might be one of those facing criminal charges.

Catherine did not give up, and her work to get the media’s attention, to shine a spotlight on this eerie and bizarre cult finally paid off.
The book is not as organized as I’d have liked, and Catherine does spend a lot of time explaining herself or justifying her actions. I think she is grappling with her role in India’s susceptibility to this type of brainwashing, and her initial participation obviously weighs on her.
But, one only need look at the list of people who have at one time or another been associated with NXIVM to see that anyone, no matter what their background, social standing, financial situation, or popularity, might be open to groups like this.

How people become so brainwashed, why they stay in these situations, and why it is so hard to get them to leave, to see reason, is still a mystery, and is beyond my ability to understand. I don’t suppose cults like one will ever go away, as long as people are in search of some kind of enlightenment or way to find peace and fulfillment, or ways to make them more successful or to make them become better people. It is truly frightening, though, to see powerful leaders and businessmen have been a part of this organization, as well as other influential people whose popularity or occupation had the capacity to lure others into the lair of sex trafficking and slavery and forced labor.

Despite some issues with the writing and organization of the book, it is still a chilling story, which prompted me to do some Google searches and additional reading. I’m glad people like Oxenberg fought against this group and am happy to see her efforts rewarded. I hope India, all those victimized, will come around and find a meaningful and productive way to live life from here on out. 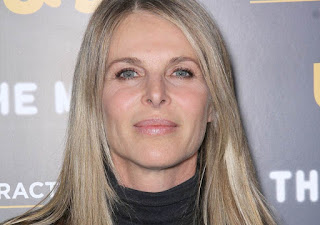 Catherine Oxenberg is an American actress of Serbian origin. Best known for her performance as Amanda Carrington on the 1980s prime-time soap opera Dynasty. She is the daughter of Princess Elizabeth of Yugoslavia.