The Body in Question by Jill Ciment- Feature and Review 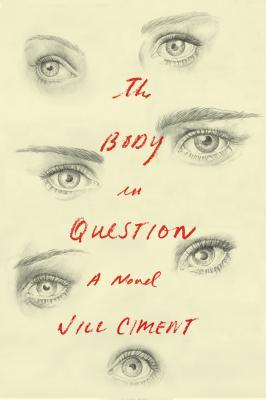 A spare, masterful novel about a shocking murder trial, a sequestered jury, and an affair between two of the jurors--the woman, in free fall in her life and marriage to a much older man.
The place: central Florida. The situation: a sensational murder trial involving a rich, white teenage girl--a twin--on trial for the horrific murder of her toddler brother, and the sequestered jury deciding her fate.
The setting: a utilitarian marble cube of a courthouse, more Soviet than Le Corbusier; and the court-appointed motel off the interstate.
Two of the jurors: Hannah, a 52 year-old former Rolling Stone, Interview Magazine photographer of rock stars and socialites (she switched to photographing animals when she realized she looked at people "as a species" rather than as individuals), and Graham, a 41 year-old anatomy professor, sequestered (she, Juror C-2; he, F-17), holed up at the Econo-Lodge off I-75.
As the shocking and numbing details of the crime and its surrounding facts are revealed during a string of days and seemingly endless court hours, the nights, playing out in a series of court-financed meals (Outback Steak House; Red Lobster; Domino's pizza delivery), Hannah and Graham fall into a furtive affair, keeping their oath, as jurors, never to discuss the trial.
During deliberations the lovers learn they are on opposing sides of the case and realize that their fellow jurors are wise to their affair. After the trial's end, as Hannah returns home to her much older, now, suddenly, frail husband (they married when she was 24; he, 58) an exploding media fury involving the case catches them all up in a frenzy of public outrage at a jury that seems to have convicted the wrong twin, and a judge who has received an anonymous handwritten letter about a series of sexual encounters ("I feel it is my duty as a juror and a citizen to report that two of my fellow jurors had sexual contact on more than seven occasions during our nights at the motel..."), calling into question their respective verdicts, and announcing she is releasing the jurors' names to the media.
Hannah's "one last dalliance before she is too old" takes on profoundly personal and moral consequences, as the novel moves to its affecting, powerful and surprising conclusion.

The Body in Question by Jill Ciment
My rating: 4 of 5 stars

The Body in Question by Jill Ciment is a 2019 Pantheon Books publication.

An unvarnished but addictive legal drama!

The jury has been selected for a sensational criminal trial where a teenage girl is accused of murdering her younger brother. The story follows the shocking developments of the trial, but the primary focus is on the jury, which has been sequestered. The spotlight zeroes in on juror C- 2, a 52- year old photographer, and F-17 – a 41- year old anatomy professor who forge a complicated relationship while being cooped up in an Econo-Lodge. In fact, they are so distracted by their secret dalliance they may not be paying close enough attention to the courtroom testimony.

But when the jury finally begins to deliberate, they are stunned to discover their relationship has yet another repercussion, as it becomes clear the jury is divided. Will their affair effect the outcome of the trial?

A new spin, and maybe even a mini-trend, on the standard legal thriller, is to put the jury front and center. We see the trial through their eyes only. It’s a lurid, and strange case and I had a sinking feeling about it almost from the get-go. However, just like C-2 and F-17, my attention was often diverted from the nuances of the trial, by the drama going on with the jury members.

C-2 is coping with her much older husband’s many health maladies, while worrying the other jurors will catch on that she and F-17 are hitting the sheets. F-17 is taking the relationship seriously, while C-2 considers it a brief fling, one that she intends to end once the trial is over.

Meanwhile, the other jurors, who curiously enough are not given a number, but are instead referenced by descriptive nicknames, brings even more suspense to the drama, as some of them could cause trouble for the lovers. How will they respond when their suspicions about C-2 and F-17 are confirmed?

This is an interesting setup. I could see our scandal obsessed media turning a horrific crime into a circus. It also exposes the flawed court system, forcing a jury to reach a decision without pertinent information, which most assuredly would have had an impact on their final verdict. The public, of course, knows more than the jury, which turns the jury members into pariahs.

But what makes this book so interesting, is the author’s bare bones prose. She presumes her readers are smart, she gives them the credit they deserve by getting straight to the point. We don’t need everything explained in minute detail. However, the drawback of this approach is that the story is colorless. There are no emotional pulls or appeals one way or another.

Still, the result is affecting, as we see how being a part of this trial impacted the lives of the jury, often cruelly and unfairly. The lawyers, the judge, the media, all come under scrutiny, but not in a heavy- handed way. It is up to the reader to make up their own minds about the moral ethics of the jury members, and if they deserve redemption, at the end of the day.

The story gives one plenty to ruminate over about jury ethics, with the legal system. It’s a compulsive read, and because the writing is so spare, it moves at a very brisk pace. I easily read it in one sitting.

As a fan of legal dramas, this book was an easy sell for me. I appreciated the unique approach and the food for thought. Despite the lack of any deep character analysis, I still found myself thinking about the accused, and the jurors, and the complexities of justice or the lack thereof. 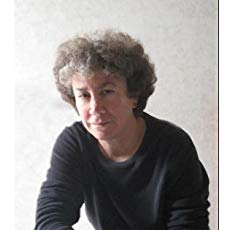 Jill Ciment was born in Montreal, Canada. She is the author of Small Claims, a collection of short stories and novellas; The Law of Falling Bodies, Teeth of the Dog, The Tattoo Artist, and Heroic Measures, novels; and Half a Life, a memoir. Heroic Measures is the basis for the film 5 Flights Up starring Diane Keaton and Morgan Freeman. She has been awarded a National Endowment for the Arts, a NEA Japan Fellowship Prize, two New York State Fellowships for the Arts, the Janet Heidinger Kafka Prize, and a Guggenheim Fellowship. Ciment is a professor at the University of Florida. She lives in Gainesville, Florida.