More Than Bones by Craig David Singer- Feature and Review 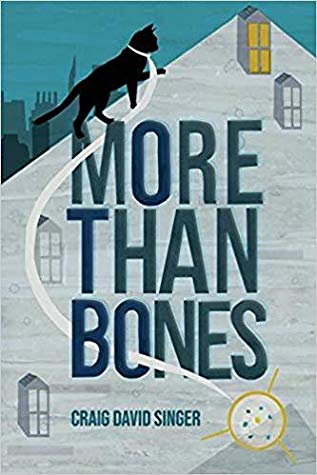 Dr. Emily Norton is a recent school grad starting her surgical residency at a renowned hospital in Baltimore. She's dedicated her life to science and reason--so when she receives a supposedly magical amulet from an eccentric neighbor, she ignores the old man's warning.

Almost immediately, Emily's well-planned world begins to unravel. At first, the problems are minor, like finding herself in trouble with the hospital administration on her first day at work. But soon Emily is dealing with much bigger issues, from losing her job and fiancé to being framed for a patient's suicide.

As Emily struggles to comprehend the amulet's strange effects, she also faces a dilemma about coincidence and fate: none of these disasters could have been caused by a mere amulet, right? Because everyone knows: there's no such thing as magic.

Desperate and confused, Emily will need to use every bit of her reason, love and faith to confront and conquer the cursed amulet--even if it means forsaking everything she's ever believed.

At turns darkly suspenseful and playfully lighthearted, More Than Bones chronicles Emily's mystical journey with humor, empathy, and more than a few surprises.

More Than Bones by Craig David Singer
My rating: 3 of 5 stars

More Than Bones by Craig David Singer is a 2019 Twin Rabbits Books publication.

Faith, belief, forgiveness, friendship, and personal growth, with a cherry sized dollop of magic on top!

Dr. Emily Norton arrives in Boston to begin her medical residency with a wide- open future ahead of her. But, when her odd duck neighbor gives her an amulet, along with a word of advice, Emily, who doesn't believe in such nonsense, ignores the amulet and the advice. She soon comes to regret her decision, however, when bad luck becomes her new normal. Her fiancé dumps her, publicly, she is reprimanded on her first day at the hospital, fails to make a good impression with the other doctors, and then seriously offends her roommate, just for starters.

Meanwhile, Emily becomes attached to Rachel, a young mother who has been diagnosed with a deadly form of breast cancer. The two begin to form a bond akin to sisterhood. But, could Emily’s refusal to wear the amulet effect Rachel’s chances for remission?

Okay, I had a few preconceived notions about this book, and they turned out to be way off the mark. While this is not super heavy reading by any means, it was not exactly the light, fluffy material I was expecting.

The story follows Emily as she takes a journey which begins with avoiding anything faith based, to considering the possibilities of having a belief system. She has a few enlightening epiphanies about life, which helps her make peace with the past and prepares her for whatever life may bring in the future.

There are a few comical situations in the book, and the story is filled with eccentric characters, giving it a lighter tone at times, however, just because it has been categorized as magic realism and has a kitty cat on the cover, do not be deceived. The book addresses many heavy topics, such as suicide, cancer, death, and heartbreak and losing one's faith.

Emily tried my patience on several occasions. I initially felt empathy for her after her initial run of bad luck. While she lamented that no one respected her wishes to forego putting her faith in religion or charmed amulets, she didn’t respect others who did have faith in God or anything else.
While she was sympathetic, and followed her heart and conscience, she could also be rude, offensive, cold, and judgmental, chewing people out who may not have deserved her wrath simply because they believed in something she didn't.

The other cast members were hit or miss with me as well. Emily’s roommate was either hot or cold, and entirely too melodramatic. Grown men throwing temper tantrums?

But, then, there was Rachel. Hands down, she is the bright light in this story.

I have a lot of mixed emotions about this book. The story didn’t always flow evenly and one secondary story involving a fellow resident was underdeveloped, and I'm not entirely sure why it was necessary to the story. On the other hand, I was satisfied, for the most part, by Emily’s personal growth. I think we left her in a positive place with room for more improvement, and of course, I was very moved by Rachel’s story and the way she and Emily bonded. Her impact on Emily was enormous and her influence was inspirational for Emily and the reader, as well.

So, I’ve waffled back and forth on my rating for this one. Usually when I can’t decide on a firm rating, I go with a middle of the road score. I'm giving this one an added half star for the record- and for Rachel. 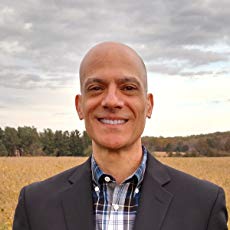 Craig David Singer is a physician and author living in Baltimore. A graduate of the University of Florida, Dr. Singer is a passionate sports fan, an incurable computer geek, and a music lover who cannot carry a tune despite his last name. He and his husband have traveled all seven continents in search of the perfect martini.His first novel, More Than Bones, was released in January 2019.
Posted by gpangel at 1:00 AM