MANGA MONDAY- Charlie's Angels- The Devil You Know- Vol. One by John Layman- Feature and Review 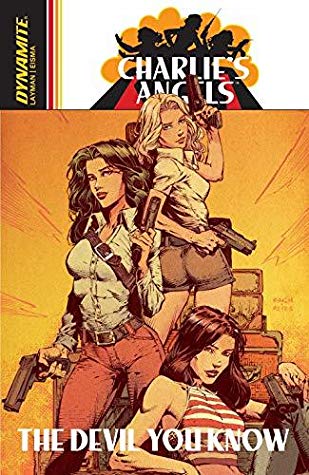 
"The Angels are back, baby! -- The original Angels, Jill, Kelly and Sabrina! Travel back to the ' 70s, and revisit the butt-kicking, crime-fighting, mold-breaking lady detectives who took 70s TV by storm, ready to do the same to comics 40 years later!
Break out your bell-bottoms, feather your hair, and jump back to an era of peanut-farmer presidents, gargantuan gas-guzzlers and foxy female detectives... a globe-trotting adventure that's simply too big and epic for the 70s-era boob tube.
Written by elderly Eisner winner and solicitation-writing former-superstar John Layman, and with art by his scrappy but lovable youngster pal, Joe Eisma. This is one graphic novel you DON'T DARE TO MISS!!!!"

Charlie's Angels Vol. 1: The Devil You Know by John Layman
My rating: 4 of 5 stars

Charlie’s Angels: The Devil You Know- Vol 1 by John Layman is a 2019 Diamond/ Dynamite Entertainment publication.

"Once upon a time, there were three little girls who went to the police academy. And they were each assigned very hazardous duties, but I took them all away

An awesome graphic novel set back in the 1970’s featuring the original cast of Charlie’s Angels- Jill, Kelly, and Sabrina. 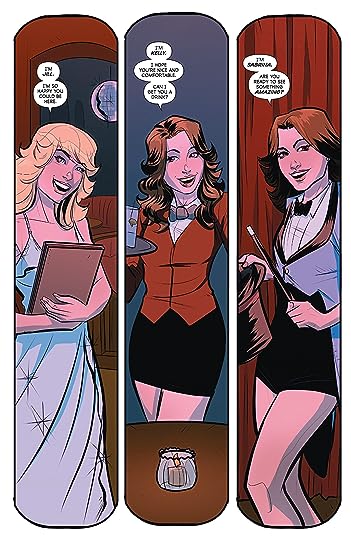 This five- volume collection begins with a benign assignment as a nightclub owner and impersonator ask Charlie for help after making an unwise alliance with the mafia. But, just as the Angels close the case, they discover it is far from over.

Before they know it, they are embroiled in an international spying case, which sends them globe-trotting to Germany and Paris to save the President of the United States- Jimmy Carter.

This is a very solid, action packed story, which captures the spirit of the original television show, while proving these ladies were way ahead of their time. The time frame is centered around the cold war nuclear fears, as the KBG is hoping to snare secret nuclear information. Each segment is full of witty dialogue, loads of action and adventure and plenty of cloak and dagger plots.

I absolutely loved the conclusion and can’t wait to read the second volume!

So, we know the writing is great. But, what about the graphics? The artwork is excellent! Although Jimmy Carter wasn’t all that recognizable, in my opinion, everything else was fantastic. Very detailed facial expressions, vibrant colors, and wonderful depictions of seventies fashions and hairstyles!! 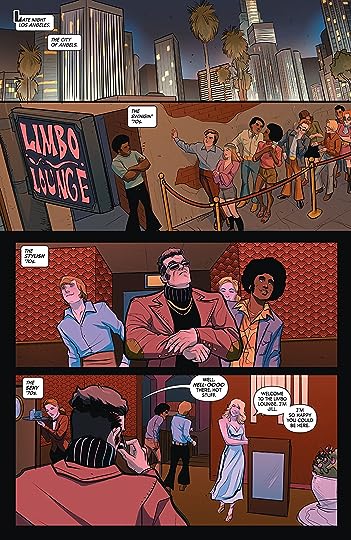 I read this one on my computer using Adobe Digital Editions, which was smooth going for a change, but I’m sure it will translate well on a tablet or phone, as well. 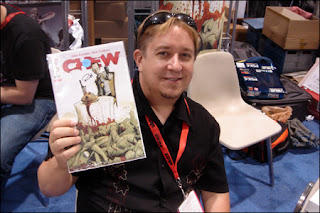 John Steele Layman is an American comic book writer and letterer. is most known for writing Chew, published by Image Comics. 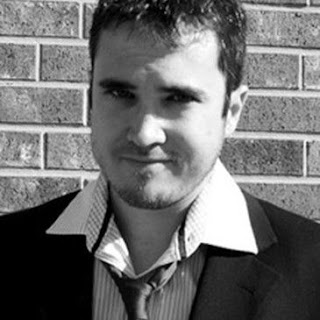 Joe Eisma is the artist and co-creator of the NYT bestselling and multiple Eisner Award Nominated series, Morning Glories.  He has also illustrated for Archie Comics, DC Comics, Boom! Studios.