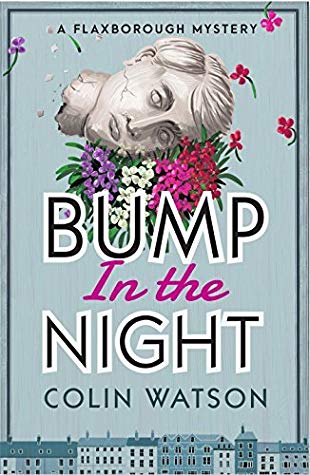 Tuesday nights have suddenly turned quite ridiculously noisy in the country town of Chalmsbury, where the good folk are outraged at having their rest disturbed.
It begins with a drinking fountain being blown to smithereens – next the statue of a local worthy loses his head, and the following week a giant glass eye is exploded. Despite the soft-soled sleuthing of cub reporter Len Leaper, the crime spate grows .
Sheer vandalism is bad enough, but when a life is lost the amiable Inspector Purbright, called in from nearby Flaxborough to assist , finds he must delve deep into the seamier side of this quiet town’s goings on.
Witty and a little wicked, Colin Watson’s tales offer a mordantly entertaining cast of characters and laugh-out-loud wordplay.

Bump in the Night by Colin Watson
My rating: 4 of 5 stars

Bump in the Night by Colin Watson is a 2018 Farrago publication. First published in 1960)

The Flaxborough Chronicles by Colin Watson is a mystery series, which began in 1958 and ran through the mid-1980s. Farrago has reissued the series in digital format and has given the covers a new and improved look.

I had never heard of this author or series until I discovered them on Netgalley a while back. What a terrific find!

In this second installment, the country town of Chalmsbury is experiencing a spate of explosions, decimating objects like a statues and park fountains. It could be a the handiwork of a prankster, but then the pranks turn deadly.

The characters in this , which might also appeal to cozy mystery fans, are so quirky and the dialogue is often hilarious. The story is so absorbing, with a unique plot, which is packed with some very interesting details, as the underbelly of the quaint country town is exposed. It is obvious the author put a lot of thought into the story. While this is a short book it packs a nice punch and is wildly entertaining.

I am so thrilled Farrago has reissued these books. The series and this author are underrated, in my opinion. I’d love to see the books get a little overdue recognition. 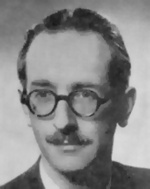 Colin Watson was educated at the Whitgift School in South Croydon, London. During his career as a journalist, he worked in London and Newcastle-on-Tyne, where he was a leader-writer for Kemsley Newspapers.His book Hopjoy Was Here (1962) received the Silver Dagger Award. He was married, with three children, and lived in Lincolnshire. After retiring from journalism, he designed silver .As well as a series of humorous detective novels set in the imaginary town of Flaxborough, featuring Inspector Purbright, Watson also wrote and later revised a study of detective stories and thrillers called Snobbery with Violence.