Game of Desire by Sharon Ibbotson- Feature and Review 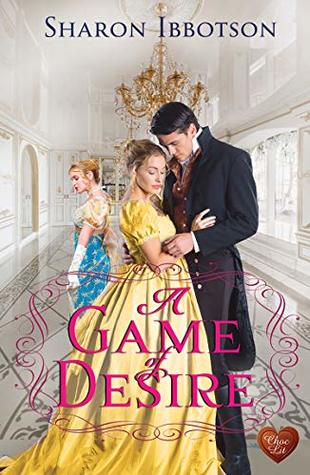 The Queen of Diamonds never loses
Felicity Fox is a rarity for a woman living in the early 1800s. Not only does she frequent the ‘gambling hells’ where most ladies would not dare to tread, she can also beat any man at his own game. It’s no wonder she’s gained notoriety as the ‘Queen of Diamonds’.
Edward, Earl of Addington, despises gambling and is not exactly of Felicity Fox either, especially after she tried to swindle his family. Except now the Earl requires assistance from the Queen of Diamonds – and there’s everything to play for. But with Edward will Felicity find she’s involved in a more dangerous game than she’s ever played before?

A Game of Desire by Sharon Ibbotson
My rating: 4 of 5 stars

Game of Desire by Sharon Ibbotson is a 2019 Choc Lit publication.

Felicity Fox, aka, 'The Queen of Diamonds', treads where no other lady would dare- in ‘Gambling Hells’.

Not only that, she usually comes out the winner, beating any man who dares to challenge her.

However, Edward, Earl of Addington, is not impressed with Miss Fox. Not only does he despise gambling, he caught her red handed, trying to con his father out of a diamond heirloom.

Yet, the necklace in question has been lost and he needs Felicity’s help in recovering it. Felicity makes a pact with Edward, agreeing to help him with his quest, but by gambling with her heart, she's entered into the most dangerous high stakes game she’s ever played…

I haven’t read a historical romance in a long while and was in the right mood for one. I enjoyed Sharon Ibbotson’s debut novel so much, I decided to give her second book a try. I must say, there are no sophomore jitters here!! The only small hitch was a slight loss of momentum just over the halfway point, however, the pacing rebounded nicely.

Other than that, this is a well-balanced romance, with a little action, adventure, and suspense added in for good measure. It’s been a while since I’ve read a historical romance with a good vixen, and sharp dialogue between two female characters. I love a good cat fight! The characters are well-drawn, with plenty of room for development. Felicity is torn between two the only two options for women- either to be owned or to be bought. She fights to retain her hard -won independence, requiring Edward to rethink the options he’s given her. The mild feminist tone is subtle, and is still in keeping with the time frame of the story, while remaining true to Felicity’s character and unique circumstances.

Once more, I appreciated the darker tones in this one, a much welcome reprieve from marriage marts, and silly, whiny, and pampered dukes and earls. In other words, the story has depth and emotion, on top of being a fun and entertaining read.

Overall, I really enjoyed this story, and now, more than ever, I think Sharon Ibbotson is an author to keep an eye on! 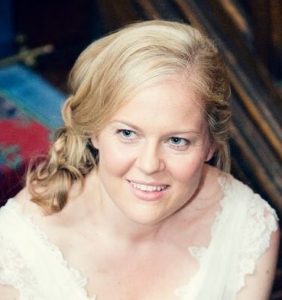 Sharon is Australian but has lived in the UK for nearly twenty years. She started writing romance when she ran out of Sweet Valley High movies to read. She lives in London with her husband and two kids. Her professional background is in marketing and she has a degree in anthropology and gender studies from the University of Edinburgh. She loves reading and writing regency romance novels, especially those with a more gothic and darker tone.
Posted by gpangel at 12:30 AM