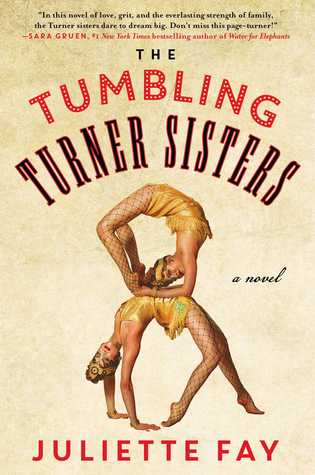 ABOUT THE BOOK:
For fans of Orphan Train and Sara Gruen’s Water for Elephants, a compelling historical novel from “one of the best authors of women’s fiction” (Library Journal). Set against the turbulent backdrop of American Vaudeville, four sisters embark on an unexpected adventure—and a last-ditch effort to save their family.
1919, the Turner sisters and their parents are barely scraping by. Their father is a low-paid boot- in Johnson City, New York, and the family is always one paycheck away from eviction. When their father’s hand is crushed and he can no longer work, their irrepressible mother decides that the vaudeville stage is their best—and only—chance for survival.
Traveling by train from town to town, teenagers Gert, Winnie, and Kit, and recent widow Nell soon find a new kind of freedom in the company of performers who are as diverse as their acts. There is a seamier side the business, however, and the young women face and turns of fate they never could have anticipated. Heartwarming and surprising, The Tumbling Turner Sisters  ultimately a story of awakening—to unexpected possibilities, to love and heartbreak, and to the dawn of a new American era.


JULIETTE FAY EXPLAINS HOW SHE GOT THE IDEA TO WRITE THE TUMBLING TURNER SISTERS:

The Tumbling Turner Sisters by Juliette Fay
My rating: 4 of 5 stars

The Tumbling Turner Sisters by Juliette Fay is a 2016 Gallery Books publication.

This wonderful historical novel pays homage to Vaudeville while weaving a story around the Turner sisters and their many trials, life lessons, failures and successes, loves and losses.

When the Turner patriarch suffers an injury that prevents him from holding a job, his wife and four daughters work on a tumbling act and take it on the road. Along the way they have grand adventures, are swindled, conned, and robbed, but also meet exotic people, and forge deep friendships.

The author captures the time frame perfectly, showcasing the economy, the attitudes of the day, and highlights a tender, but forbidden relationship between differing races, as well as pointing out the difficulties women endured from rampant sexism, but mostly I was impressed by the Vaudeville and stage atmosphere the author so deftly brought to life.

Each of the sisters face dilemmas, heartache, disappointments and tragedies, but all of them are strong willed, tenacious, and determined to preserve, no matter what their lot in life, through good times and bad.

While I am not one to deliberately seek out ‘coming of age’ stories, I really enjoyed reading this book, and appreciated the historical details, and obvious research that went into creating the tone of the book and loved each one of the sisters, not matter which path they took, the way they took life’s lumps and learned from their mistakes, never giving up even when it would have been understandable to do so.

An inspirational, ‘feel good’ story that anyone and everyone can enjoy. 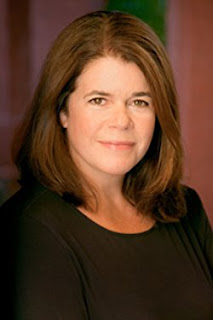 Juliette Fay is the best-selling author of THE SHORTEST WAY HOME, chosen as one of Library Journal‘s Top 5 “Best Books of 2012: Women’s Fiction;” SHELTER ME, a 2009 Massachusetts Book Award “Must-Read Book;” and DEEP DOWN TRUE, for the Women’s Fiction award by the American Library Association. Her latest novel, THE TUMBLING TURNER SISTERS, will be published on June 14, 2016.
Juliette received a bachelor's degree from Boston College and a master's degree from Harvard University. She lives in Massachusetts with her husband and four children. When she’s not trying to keep track of her kids or daydreaming about her next story, Juliette can be reached her website, www.juliettefay.com; on Facebook at Juliette Fay, author; and on Twitter @juliettefay.